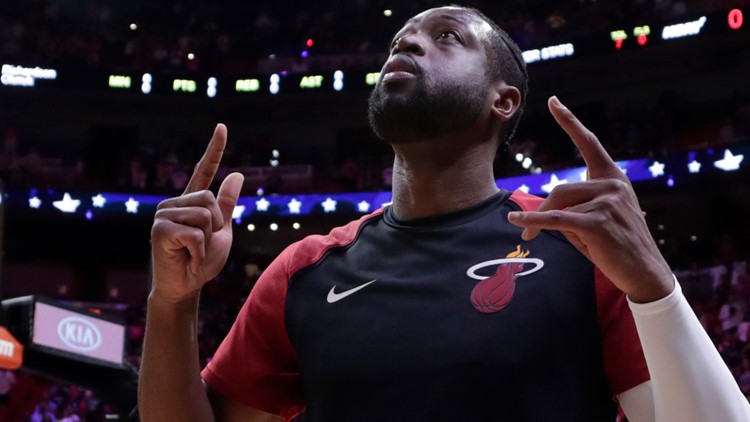 ST. LOUIS - Grab the tissues, Budweiser has done it again, with a tribute to an NBA superstar Dwyane Wade.

In honor of his final season, Wade has been swapping jerseys with NBA legends, but before his final goodbye, Budweiser wanted to surprise him with five more…

“I have no idea who’s coming, like literally no idea,” Wade said.

Fans who he’s impacted off the court, including his mother, Jolinda, started walking into the arena.

“You were the joy of my life, but I was dropping the ball. That day that I couldn’t just do it no more – was the day that I was going to have to turn myself in and I seen the tears just fall from your eyes. Your momma went down the road, Dwyane, that I didn’t ever think that I’d come back from. But on that road, I noticed you kept showing up. And you’d come and see about me. And, Dwyane, because you believed in me, when I got out of prison I was a different woman,” Jolinda said.

The sister of Joaquin Oliver, who was killed in the shooting at a high school in Parkland, Florida, brought Wade her brother’s No. 3 jersey that he wore in his last championship.

Wade put Joaquin’s name on his shoe before a game after the shooting.

“You’re not Wade the basketball player, the legend – You’re the human being that took the time and on his own… wrote my brother’s name on his shoe and you cared.” Oliver said.

Wade will play his last game in Miami on Tuesday against the Philadelphia 76ers.

The hashtag – OneLastDance has been used on social media to honor Wade as he completes his final season.