The Wolfpack are heading to Omaha and the roster features eight players who played their high school baseball in the Piedmont Triad. 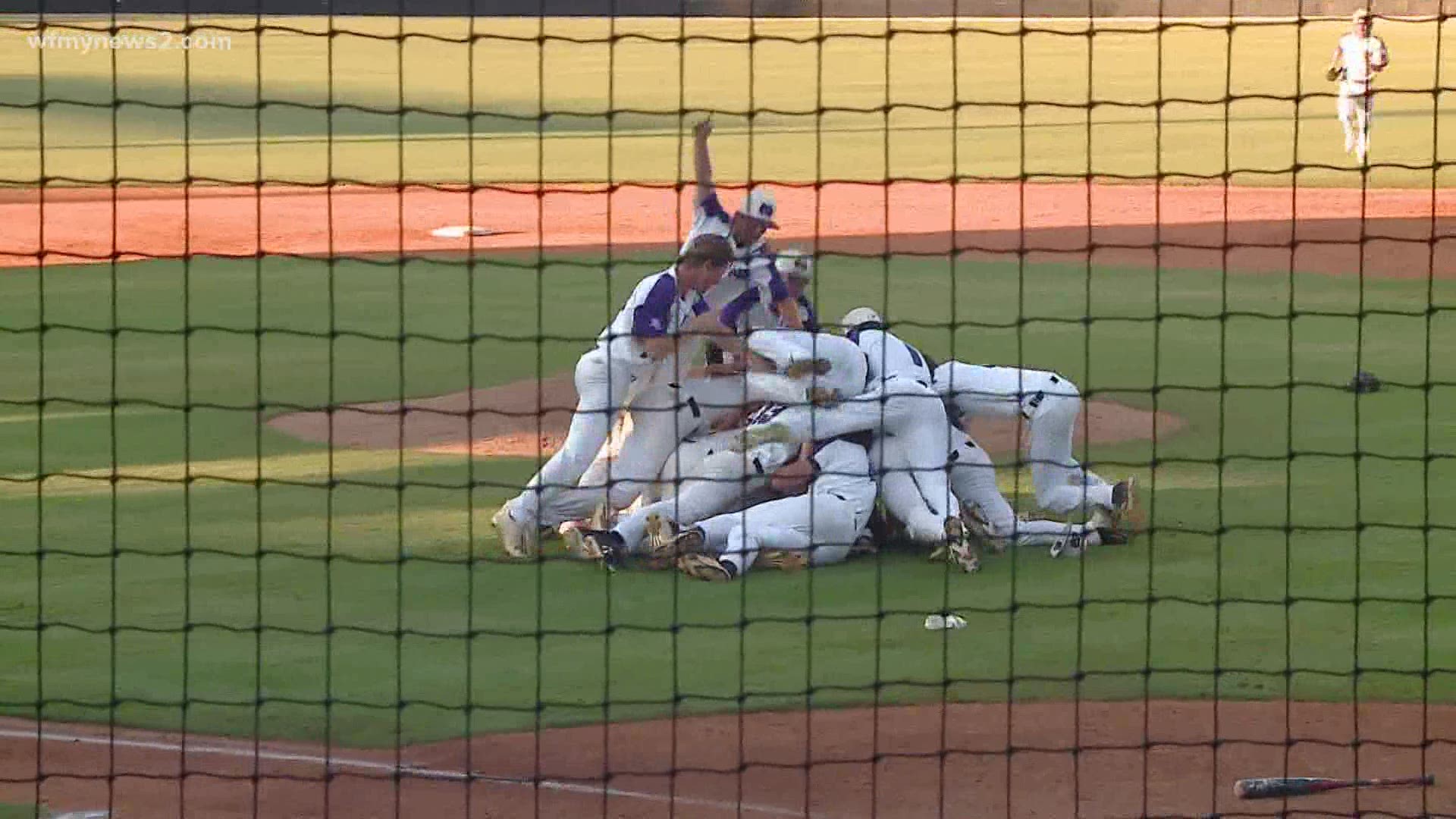 OMAHA, Neb. — The NC State baseball team punched their ticket to the college world series in Omaha over the weekend, with a late game home run to win it.

For the first time since 2013 the Wolfpack are just six wins away from bringing home the school's first ever baseball national championship.

The team is made up of several Triad athletes, and we spoke to a pair of local coaches who know just how good some of these young ball players are.

If all goes well this would be the pack's first national title in a team sport since 1983, when coach Jimmy V led the pack to their ciderella upset of the Phi Slama Jama from the University of Houston.

However we're not only cheering for the pack because they're right up the road in Raleigh, but they also have eight Triad locals on the roster.

We spoke with Landon Kimrey, coach at Northern Guilford, and Ledford coach, Chris Adams about what it means to see their guys so close to reaching their dreams.

Coach Kimrey has two guys on the roster, and a player coach with the team as well.

"I know these guys committed to NC State this was their goal. They went to NC state to get to the college world series and get to Omaha, and it's really cool to see them get there and things come to fruition."

Ledford Senior high also has a pair of players on the team, both freshman outfielder Noah Soles and Freshman pitcher Chirs Villaman.

Their high school coach Chris Adams was on the edge of his seat watching the pack close the door on top seeded Arkansas.

"It's a great feeling, I can't tell you how much I enjoyed watching that game yesterday. Even though that game was being played in Arkansas, it felt like it was being played in my living room because I was on the edge of my seat. Especially watching Chris go in and pitch those 3 innings it was very surreal. Just 2 years ago that guy was pitching for us in some big games. Doing the exact same thing I saw him do just on the national stage."