The game concluded the Spartan Invitational, which ended with UNCG earning victories over Averett, Tennessee Tech and Appalachian State. 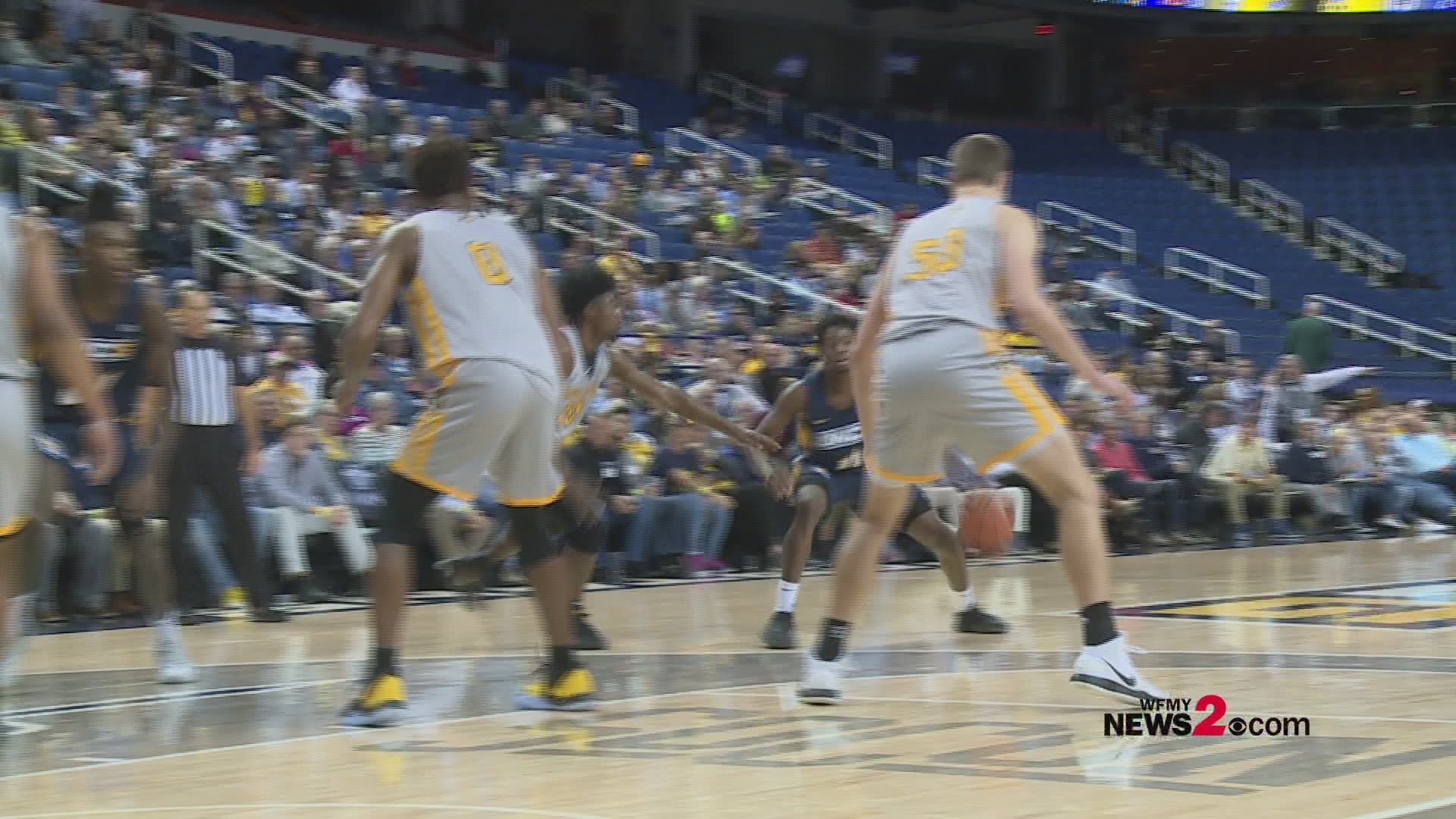 GREENSBORO, N.C.  – Matching up with Appalachian State for the first time since the Mountaineers departed the Southern Conference following the 2013-14 season, UNC Greensboro men’s basketball on Monday night scored a 55-41 victory over their intrastate rivals. With the outcome, UNCG is now 4-2 on the season.

The game concluded the Spartan Invitational, which ended with UNCG earning victories over Averett, Tennessee Tech and Appalachian State.

UNCG opened the game up 4-0 quickly, however, a 13-2 run by Appalachian State followed to push the Spartans into a seven-point deficit with 13:50 remaining in the first half. Despite falling behind, UNCG would enter the halftime break up 29-28 highlighted by a pair of threes by senior forward Kyrin Galloway to help swing momentum in the Spartans’ favor down the stretch.

The second half opened with a 14-0 run by UNCG, as sophomore guard Kaleb Hunter had seven points over a 58-second span between 18:13 and 17:15 remaining in the final frame. Appalachian State was unable to get closer than eight points before the game ended in a 14-point victory for UNCG.

--With the victory, UNCG has now won 12-straight games against North Carolina schools.

--UNCG now own a 23-22 advantage in the all-time series with Appalachian State.

UNCG will host its SoCon opener on Sunday, Nov. 24, when the Spartans host VMI at the Greensboro Coliseum. Tip-off is scheduled for 3 p.m.