Guilford College gets win over Shenandoah 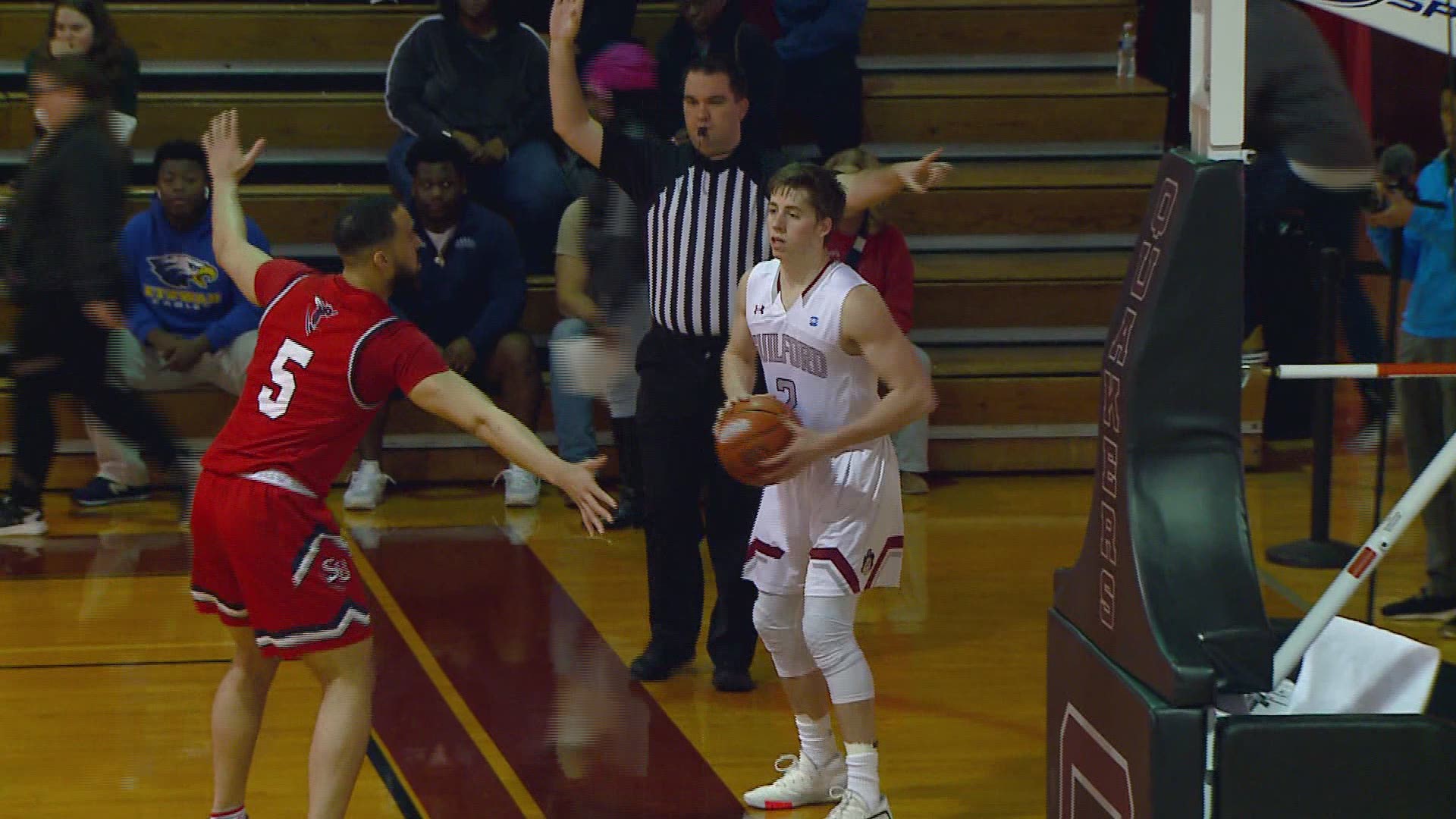 Gregory scored 13 points in the first half to help the Quakers (13-5, 5-4 ODAC) to a 44-25 halftime lead. Shenandoah (6-12, 3-6 ODAC) made four of its first six three-pointers and held a 12-9 lead three minutes into the contest. The Hornets’ hot start cooled as Guilford outscored its guests, 28-9, over the next 12 minutes. Gregory scored seven points and Shenandoah made just three-of-14 field goals in that time.

Guilford made eight-of-16 three-point shots in the second half, which gave Shenandoah little chance of making a comeback. The Quakers built their lead to as many as 35 points and played all 17 students dressed for the game.