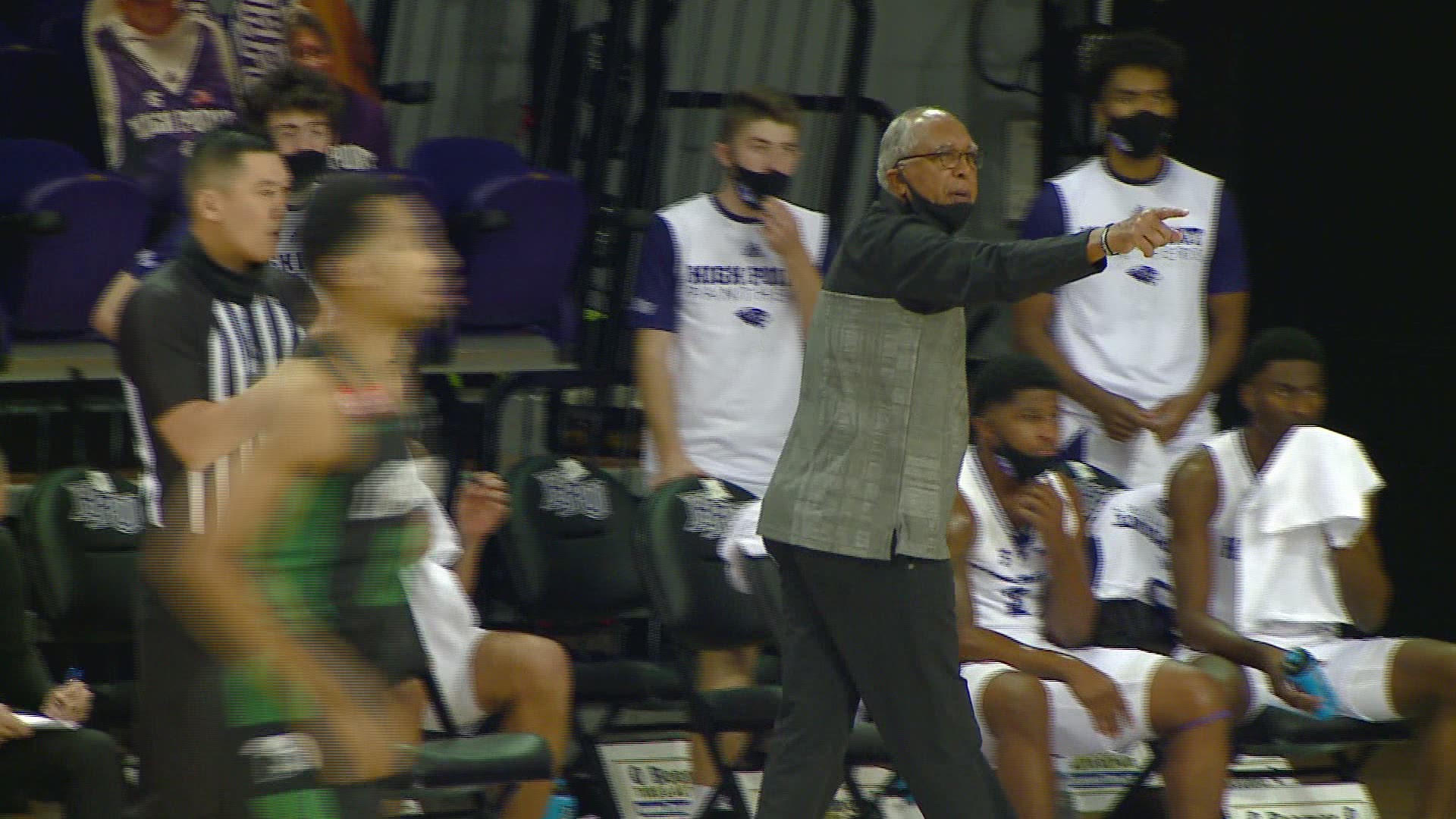 High Point--The High Point University men's basketball team won its first Big South game of the season with a 63-52 victory over USC Upstate on (Dec. 30) Wednesday night. Senior Denny Slay II led HPU in scoring with 17 points on the night. Ahmil Flowers was HPU's second-highest scorer with 13 on the night. Three Panthers finished in double digits with Lydell Elmore finishing third for High Point in scoring with 11 on the night.

"I have to commend USC Upstate especially without their head coach, Stacey Palmore did a good job getting his kids ready to play, Coach Tubby Smith said. "I thought Caden Sanchez was fantastic tonight, late down the stretch he had those two big blocks near the end of the game. Denny certainly made some big shots for us and made his free throws, he got us going early. Denny stepped up and looked good tonight. We got some solid play from guys like Ahmil, who has turned into a real workhorse and just understands how to play and is mature beyond his years. I thought everyone did a good job we shot the ball well, even though we turned it over too many times. Defensively we did a good job, we held them to 37% from three and that's what they do they shoot threes and we did an excellent job in the first half with that. The defensive stands we made were huge."

Elmore got involved in the run with a jumper and a dunk to push the lead to eight. Elmore's two-handed slam in which he took off from beyond the restricted area, marks his 12th jam of the season and the Panthers 20th as a team on the year.

A 9-2 run after the timeout gave HPU what would be its largest lead of the game which was 12 with 5:30 left to play in the first. Slay scored five more points in the run. The senior had quite the first half as he had 13 points at the break.

HPU lead 36-28 at the break. The defensive intensity picked up on both sides as the scoring slowed. With 13:39 left in the second half, HPU had been held to only six points as USC Upstate came back and brought the Panther lead down to two (42-40). Sanchez was able to draw a foul and hit both free throws to put HPU up four. House came down after an HPU stop and finished at the rim to put the Panthers back up six (46-40).

Sanchez played a massive role in locking up the win for The Purple and White, with 1:12 left to play Sanchez rebounded a missed HPU free throw then muscled his way into the paint and scored making it a three-possession game with the score 59-51. After the made basket, Sanchez hustled down to the defensive end and recorded a block which resulted in a made HPU free throw. The next Upstate offensive possession, Sanchez stopped Upstate's best option of the night Nevin Zink as he made a block for the second straight possession.