The Aggies (14-2) won their first MEAC tournament title since 2018, their third in the last six years and their fifth overall. 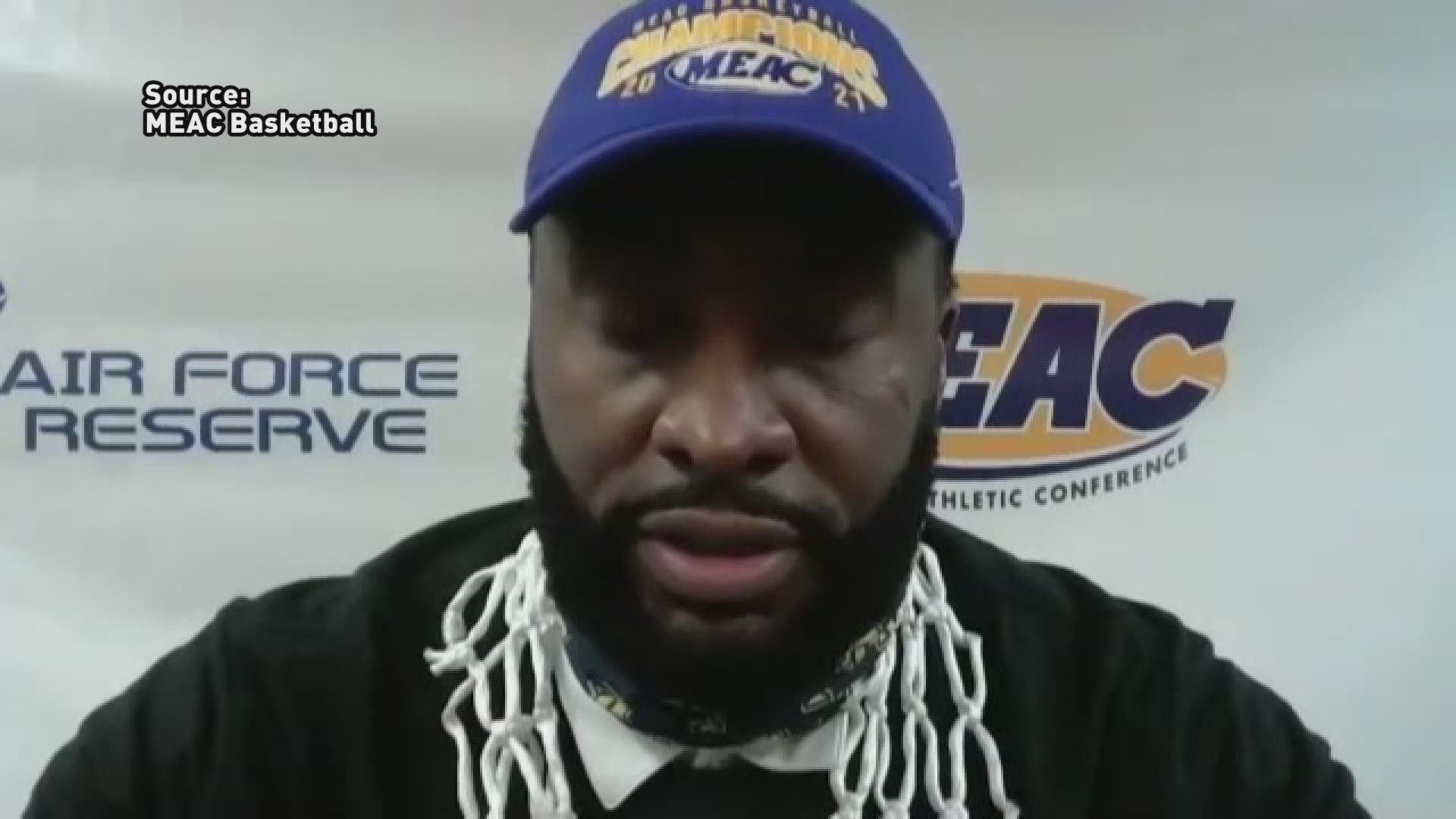 The Aggies (14-2) won their first MEAC tournament title since 2018, their third in the last six years and their fifth overall. NCAT will learn its NCAA Tournament opponent on Monday, when the Selection Show airs live on ESPN at 7 p.m.

Howard led the battle of top seeds 57-56 in the final minute, but the Bison left the door cracked open after a pair of missed free throws with 11 seconds remaining. The Aggies ran the length of the floor and Jasmen Walton found Winters in the corner on an outlet.

Winters found the bottom of the net.

The Bison had one last look, but a three from the top bounced off the rim as the horn sounded.

“I’m not gonna take credit for any of those shots,” Aggies head coach Tarrell Robinson, the tournament’s Outstanding Coach, said. “In fact, we turned the ball over on a play I drew up not long before that.

“We were trying to get a two (on the game-winning basket), but Deja’s a big-time player.”

Howard (15-4) held a nine -point lead after one quarter, before the Aggies outscored the Bison 21-8 in the second frame to take a 31-27 lead into the half. That momentum continued into the third quarter, as NCAT used a 13-8 spurt to open the period to take a 44-35 lead following a layup from Jayla Jones-Pack.

But Howard scored the last nine points of the third quarter to tie the game at 44-all heading into the final 10 minutes.

Iyanna Warren sank a layup with 8:27 to play that gave Howard a 47-46 lead, and that lead grew to two possessions on multiple occasions. In fact, with 1:18 left, Warren hit two free throws to put the Bison up 57-53.

Then Winters hit a three with 50 seconds left to make it a one-point game.

Jones-Pack, the tournament’s Outstanding Performer, led the Aggies with 16 points and four blocked shots. Winters added 15 points of her own, hitting four 3-pointers, and Chanin Scott had a 12-point, 11-rebound double-double.

Warren led the Bison with 21 points. Anzhane’ Hutton, the MEAC Rookie of the Year, pulled down a team-high 14 rebounds and was one point shy of a double-double, and MEAC Player of the Year Jayla Thornton had 12 points.