Spartans in championship tilt for fourth time in five seasons 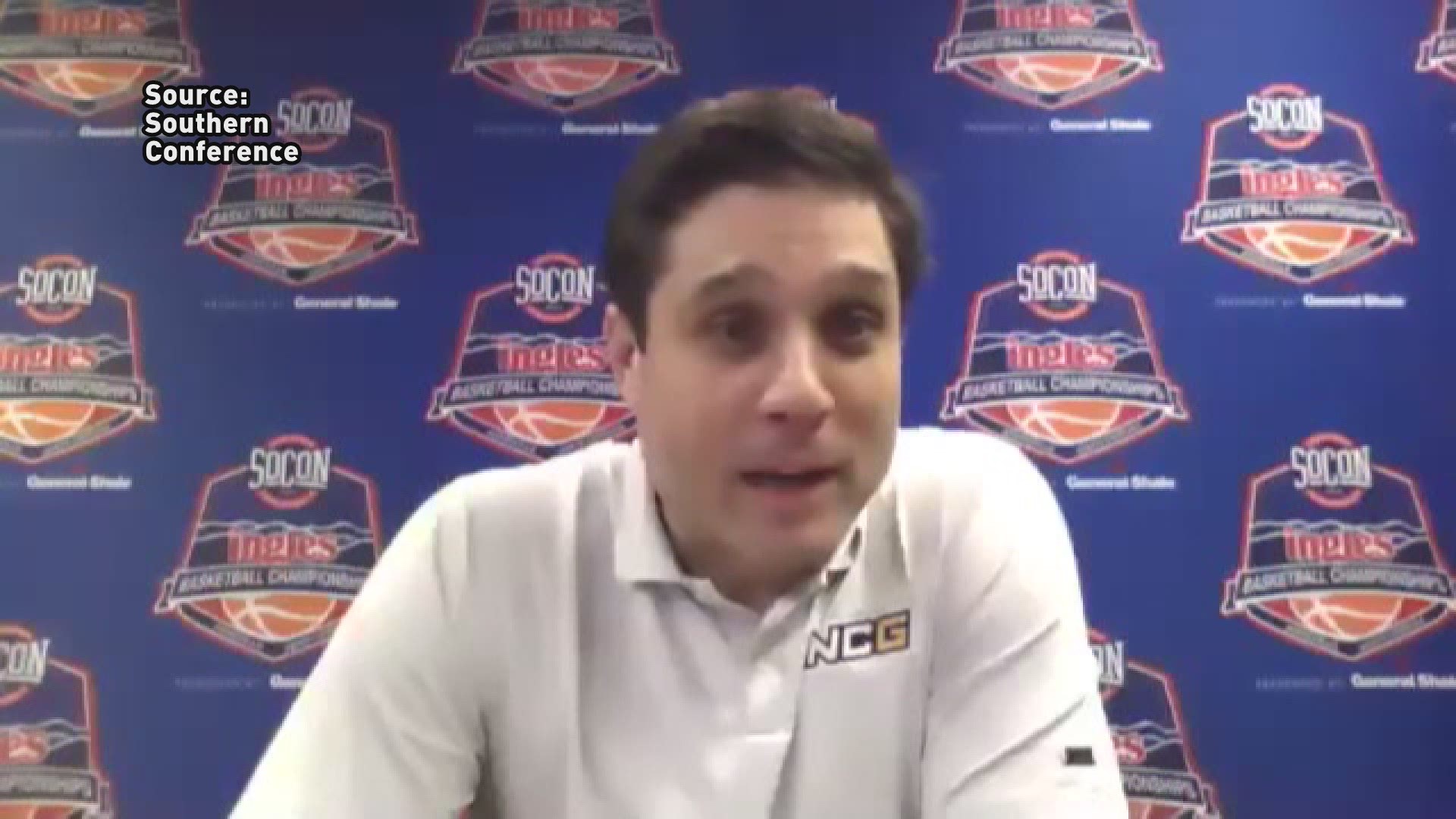 ASHEVILLE. N.C. – UNC Greensboro picked an opportune time to have its best 3-point shooting performance of the season, and the result was a 77-65 win over ETSU in the semifinal round of the 2021 Ingles Southern Conference Men's Basketball Championship presented by General Shale Brick at Harrah's Cherokee Center Asheville.

The top-seeded Spartans (20-8) shot 50 percent from beyond the 3-point line and made a season-high 12 treys to advance to Monday's title game, a 7 p.m. tipoff against either No. 6 VMI or No. 7 Mercer.

Two-time league Player of the Year Isaiah Miller as usual did a little bit of everything for UNCG, finishing with a game-high 21 points, along with seven rebounds and five assists.

His baskets included a pair of 3-pointers and a couple of spectacular dunks from the 6-0 senior guard.

No. 4 seed ETSU (13-12) struggled to guard the Spartans' long-range shooting while also failing to defend their 2020 title.

The Buccaneers trailed the entire second half but cut the deficit to five points twice, the last at 68-63 with 3:17 remaining.

But the Spartans, who had made just one of their last 10 field-goal attempts and hadn't made a basket in over four minutes, got a 3-pointer from Keyshaun Langley in the final two minutes to help his team hold on.

Ty Brewer finished with 15 points and nine rebounds for the Bucs.

A flurry of 15 3-pointers ended with Miller's long-range bomb at the buzzer to give the Spartans a 40-39 lead at intermission.

UNCG responded with a 16-4 run to take the lead, making five straight baskets during the surge. Three of those buckets were 3-pointers from freshman reserve guard A.J. McGinnis.