Langley fueled a closing burst in which UNCG outscored Elon, 42-24. 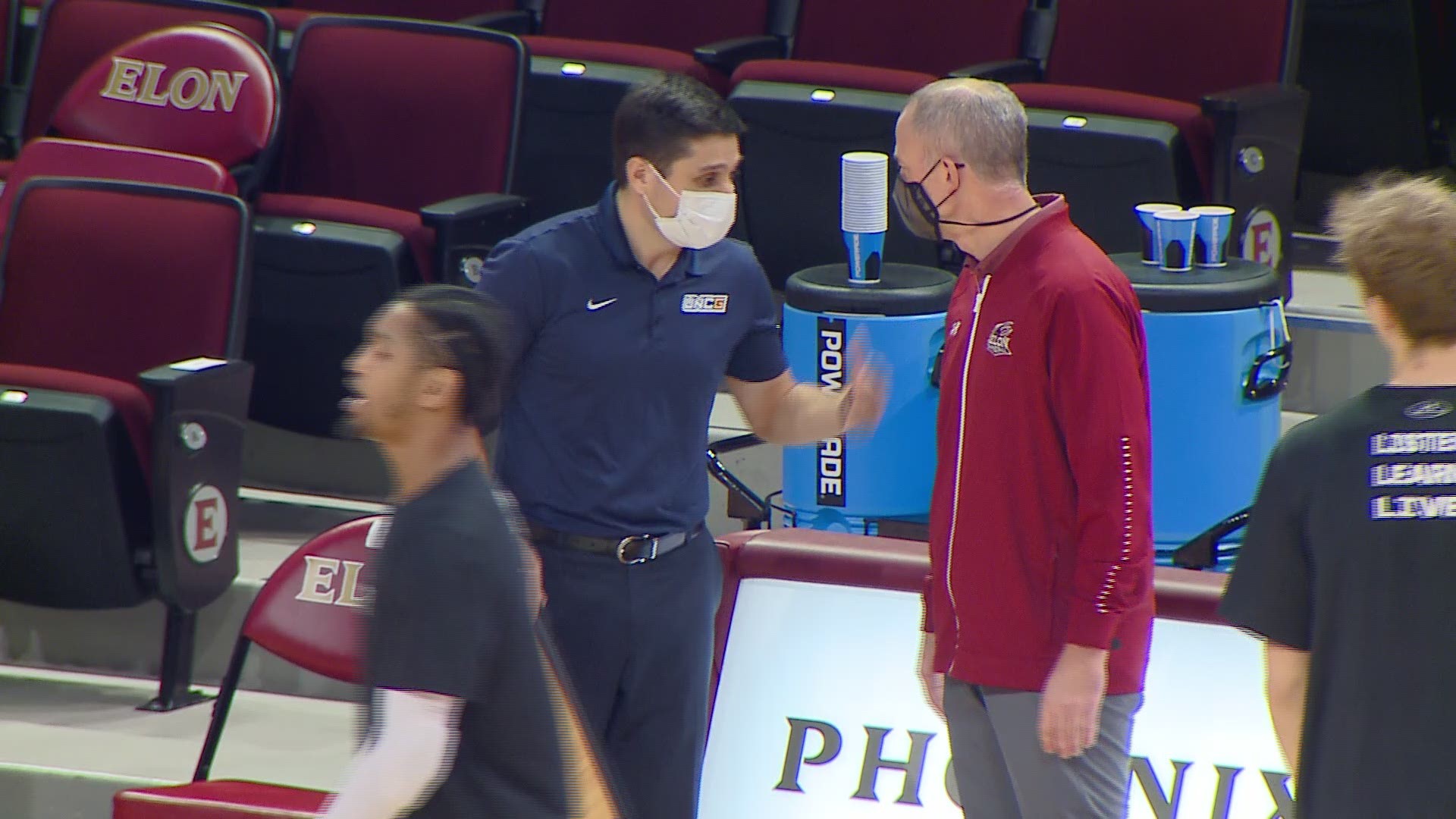 Langley fueled a closing burst in which UNCG outscored Elon, 42-24.

He led the Spartans by scoring 14 of his career-high 21 points in the final 10 minutes, 15 seconds. His fourth 3-pointer from about five feet beyond the line gave UNCG the lead for good, 62-59, with 2:43 remaining.

His career-best fifth triple turned out the lights on Elon and extended UNCG’s lead to 65-59. Entering the game, Langley had made three of 27 attempts from deep. He spent extra time before and after practice working on his shooting and finding a groove.

Langley had plenty of help as the Spartans overcame a few obstacles that included foul trouble to Isaiah Miller, a cold shooting start, and a talented Elon squad to extend their winning streak to three.

Langley on his second-half performance.

“It was huge. I don’t think I played well in the first half. I missed a couple of shots here and there and turned the ball over. My teammates and coaches told me to stick with it and that’s what I did. I was able to knock down some open shots, which helped my confidence.”

“This lets us know that we can play basketball without totally relying on Isaiah Miller. That experience was a little uncomfortable especially for me as a coach because he’s such a big part of what we do on both ends of the floor. However, it was good for our development and growth. That helped us a little bit tonight.”

Miller on what helped the Spartans offensively after trailing 40-29.

“I thought we got some energy by throwing the ball inside. That got us going. I also thought Ricco gave us a huge lift. His steal and dunk were as impactful as any play we had in this game. I was proud of him.”

  This is the second victory this season for UNCG when trailing by double digits at some point.

  Miller moved past Kayel Locke and into seventh on the UNCG all-time scoring list after making a free throw with 16:30 remaining in the contest at 2:23 p.m. Eastern Standard Time.

  Miller has scored 1,528 points in his sterling career total.

  He also upped his career steal total to 255.

  UNCG got scoring from 10 different players for the second consecutive contest.

  UNCG was whistled for five fouls before the first media timeout.

  Miller picked up two fouls before the contest was four minutes old.

  A.J. McGinnis nailed two 3-pointers. Bas Leyte finished with a plus 21 as he turned in a solid performance.

  Elon got 19 points to Hunter Woods and 15 from Ikenna Ndugba.

The Spartans conclude non-conference competition when it travels across town to meet North Carolina A&T at 6 p.m. in the facility affectionately known as “Club Corbett.”