UNCG uses 2nd Half rally to get SoCon win vs. Chattanooga

Junior forward Mohammed Abdulsalam scored 13 of his career-high tying 15 points in the second half. 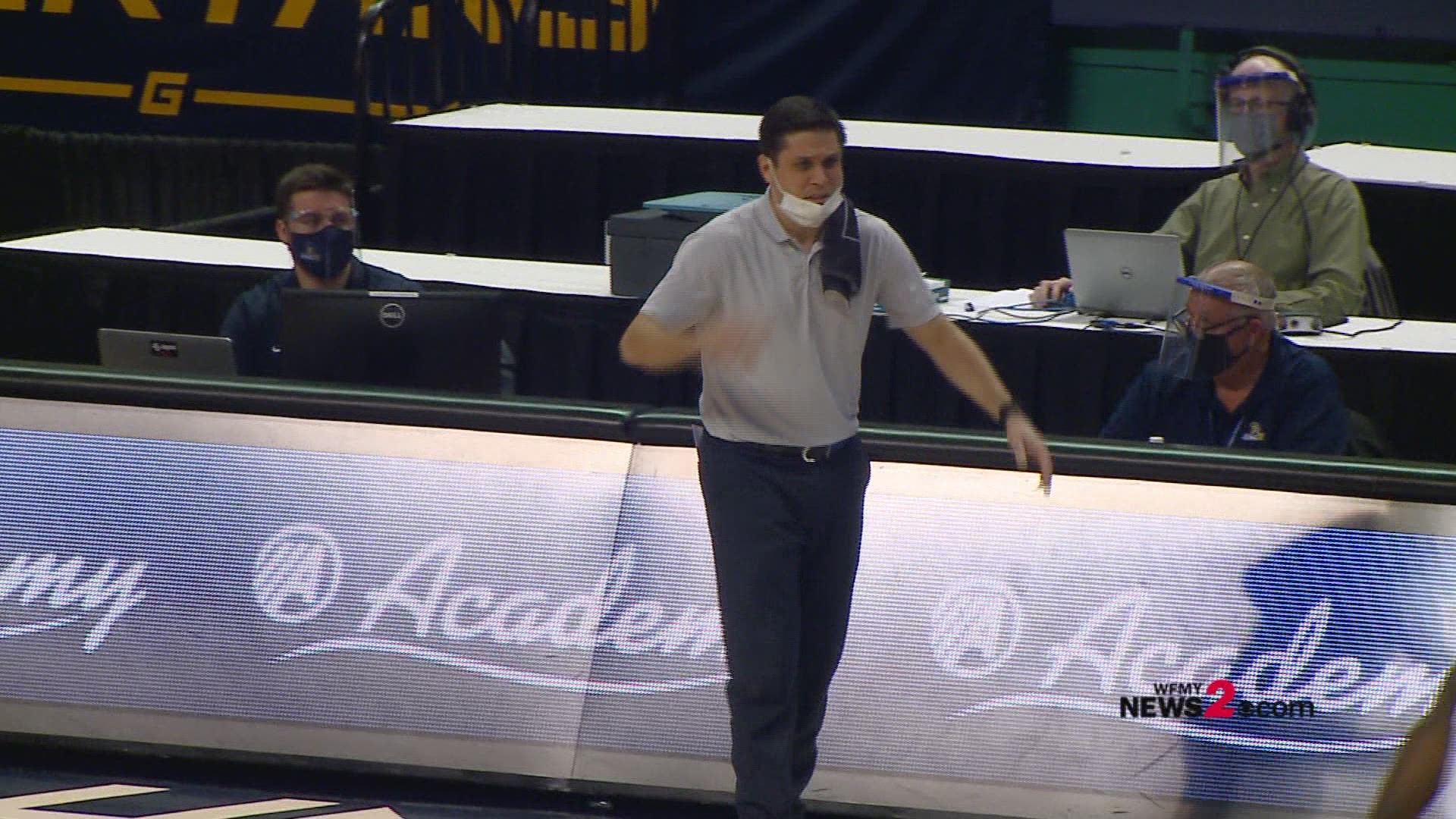 GREENSBORO, N.C. – The defense that sparked the UNC Greensboro (UNCG) men’s basketball team to wins in nine of 10 games reappeared after intermission.

Behind a total team performance that featured numerous important contributions, UNCG claimed an important, 60-55, victory in a Southern Conference contest at the Greensboro Coliseum Saturday afternoon. The Spartans terminated Chattanooga’s six-game winning streak after rallying from their fourth double-digit deficit to win this season.

The Spartan defense was in surly mood especially after trailing 36-26 21 seconds into the second half. UNCG limited Chattanooga to 21 points in the final 20 minutes.

Junior forward Mohammed Abdulsalam scored 13 of his career-high tying 15 points in the second half. Sophomore Keyshaun Langley tallied nine of his 11 after halftime. Langley has shined in the Spartans last five games, reaching double digits in scoring in all of them and making 13 3-pointers, including three in the second half against the Mocs.

Of course, senior guard Isaiah Miller was terrific with his third double-double of the season (12 points, 11 rebounds). Miller also had five assists and a steal, which moved him into second place on the all-time SoCon steals list. He has 294 career steals to go along with 1,808 points.

Langley on the defensive effort in the second half.

“Our effort was different, and we were able to get some stops at the start of the second half. Then, Mo was able to get a couple of offensive rebounds that gave us some second chance points. To slow them down from 3-point distance, we just tried to get high-hand close out on them and make their shots more difficult.”

Abdulsalam on what made the difference afterwards.

“I had to do something in the second half to help us. We were getting good shots in the first half, but we weren’t going to the boards and that’s my job on this team. It was hard to sit down and just look at that. We know if we stay together, we’re going to be good. Even on nights when it’s not going our way; If we play our hardest, play together and we’re focused, even if we don’t win, we’re going to feel like we played the best we can.”

  This was the sixth opponent this season that UNCG held below 60 points.

  UNCG has held its last three opponents at home under 60 points.

  UNCG took control during a 10-minute stretch of the second half when it limited Chattanooga to a stretch of 1-of-16 shooting.

  After shooting 8-for-13 from 3-point distance in the first half, Chattanooga made 6-of-28 from the field.

  The Spartans outscored the Mocs, 34-8, in paint points.