Brandon Childress led the Demon Deacons with 20 points and five assists, posting his fourth 20-point game of the season. 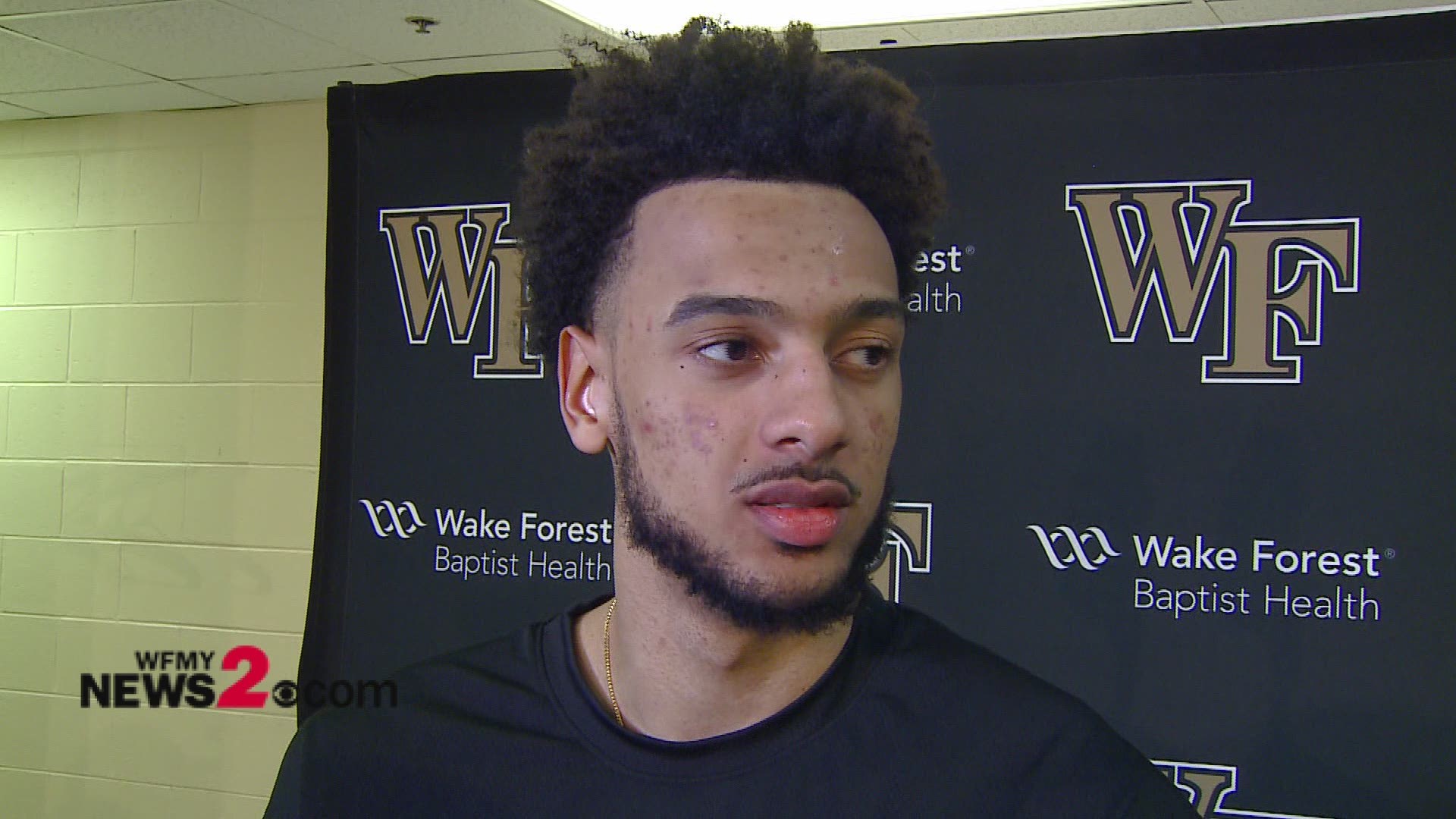 WINSTON-SALEM - Wake Forest had it's three-game win streak snapped Wednesday night with a 78-68 loss to No.10 Florida State at the LJVM Coliseum. The Seminoles (14-2, 4-1 ACC) extended their win streak to seven straight, while the Demon Deacons fell to 8-6 (1-3 ACC).

Florida State jumped out to a quick start, taking an early 15-3 lead. Despite cold shooting in the first half, the Demon Deacons took advantage of a season-high 22 first-half free throw attempts, making 18 of them and cut the lead to two at 30-28 on a three-pointer from Ismael Massoud. The Seminoles took a 41-34 lead into halftime as Sarr led the Deacs with 10 points and five rebounds in the first half.

The Deacs opened the second half on a 11-0 run, matching their best run of the season. Six of the 11 points came from Childress as Wake took a 45-41 lead, their first lead of the night. The Seminoles answered with a 7-0 run of their own to retake the lead, 48-45.

Florida State pushed the lead back to as many as 13 points late in the second half before closing out the 10-point victory. .

•    Wake Forest went 18-of-22 from the free throw line in the first half, the Deacs' most first-half FT attempts since 22 vs. Gardner-Webb last season and the most against an ACC opponent since 23 vs. Boston College in the 2017 ACC Tournament

•    Chaundee Brown, the Deacs' second leading scorer and rebounder missed the game due to a lower leg injury

Wake Forest plays its second straight game against a top-10 opponent on Saturday night when it visits No. 2 Duke. Game time at Cameron Indoor Stadium is 8 p.m. and the game will air on ACC Network.