The Demon Deacons were led by 29 points from freshman Jewel Spear and a pair of double-doubles from Ivana Raca and Gina Conti. 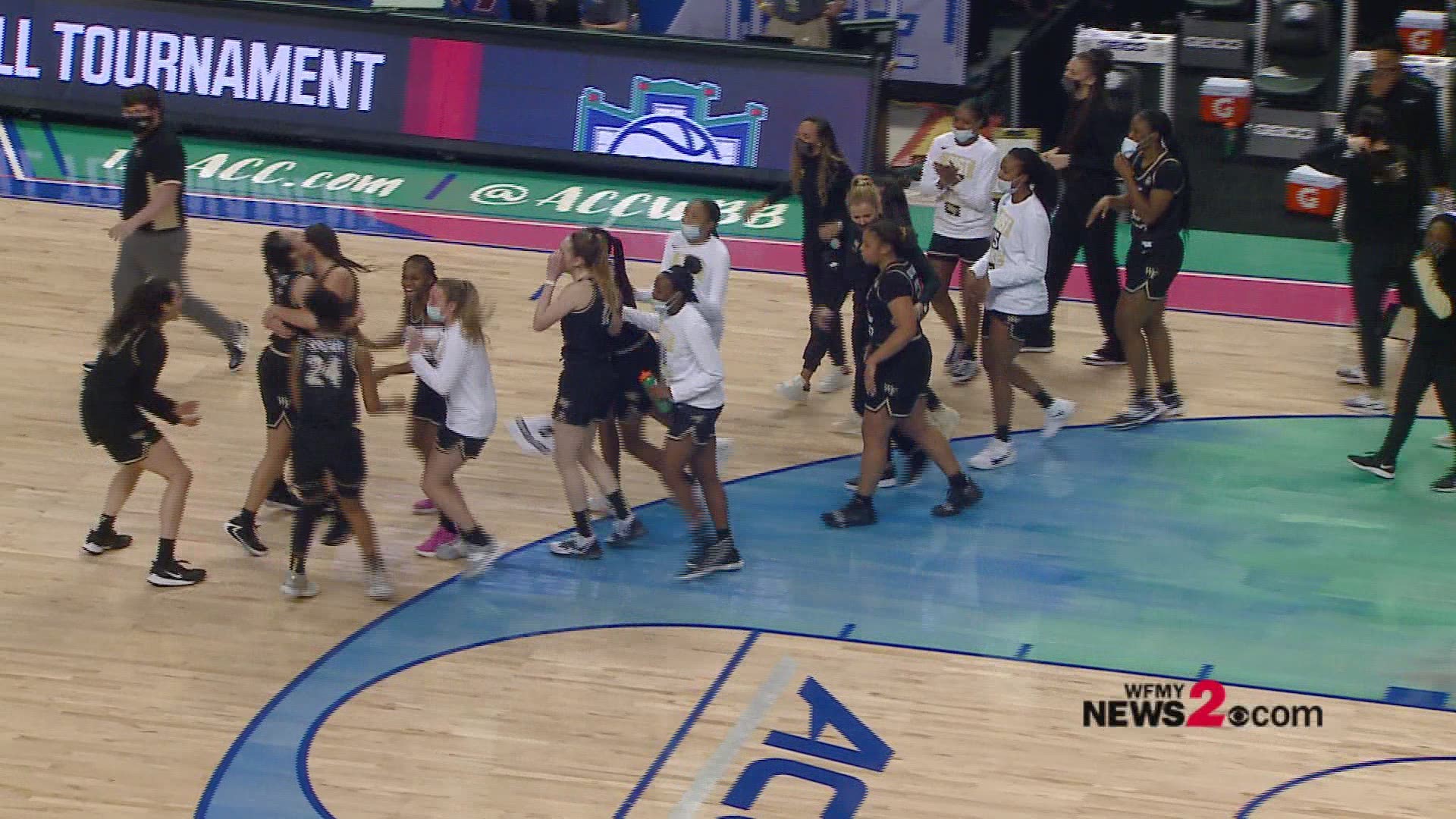 GREENSBORO, N.C. -- With the help of a pair of double-doubles and a tournament record, The Wake Forest women's basketball team moved past North Carolina, 82-71, Thursday afternoon in the Atlantic Coast Conference Second Round.

Freshman guard Jewel Spear helped elevate the Demon Deacons (12-11, 8-10 ACC) with a career and ACC Tournament performance. The Colony, Texas native knocked down 7-of-10 three pointers and scored a season-high 29 points, the most points by a freshman in the Jen Hoover era. Her seven threes tied an ACC Tournament record.

This marks win No. 126 in Head Coach Jen Hoover's Wake Forest career, the most wins for a head coach in Wake Forest history.

Career performances from seniors Gina Conti and Ivana Raca helped put the game away in the fourth quarter against the Tar Heels (13-10, 8-9 ACC). For the first time in her career, Conti recorded a double-double with 13 points and 12 assists, posting a double-double by the end of the third quarter.

Raca also had a double-double performance with 21 points and 12 rebounds. She continues to have big performances against the in-state Tar Heels in Greensboro.

Last season in a win over North Carolina, she set a then career-best with 27 points and 13 rebounds in the 2020 first round victory.

Additionally, this marks the second consecutive season the Demon Deacons have advanced to the ACC Tournament Quarterfinal. It is the first time since 2013 Wake Forest has reached the quarterfinals in back-to-back seasons.

"I am just so proud of this team because back when this team gathered on July 6, we talked about this being a special group. We believe that we are going to have a long season and go deep into March. Throughout the game at different times, we faced a little bit of adversity and kept believing in each other. You come out against a team like that, we shot the ball extremely well, but we wanted to hang our hat on defense and rebounding. We had to get a couple stops, and we got a couple steals that allowed us to get out in transition on them. When that happened, you just saw this team saying 'this is our game, we are not going to be denied.' This group is resilient. They are just a resilient group that whatever you throw at them, they are asking 'what do we need to do coach,' and they're going to do it." - Head Coach Jen Hoover

The Demon Deacons advance to play No. 1-seed Louisville on Friday afternoon. Tipoff for the quarterfinal is scheduled for 12 a.m. in Greensboro Coliseum.

The game can be seen on Regional Sports Networks.