This marks the second overall appearance for the Demon Deacons in the tournament and the first time since the 1987-88 season. 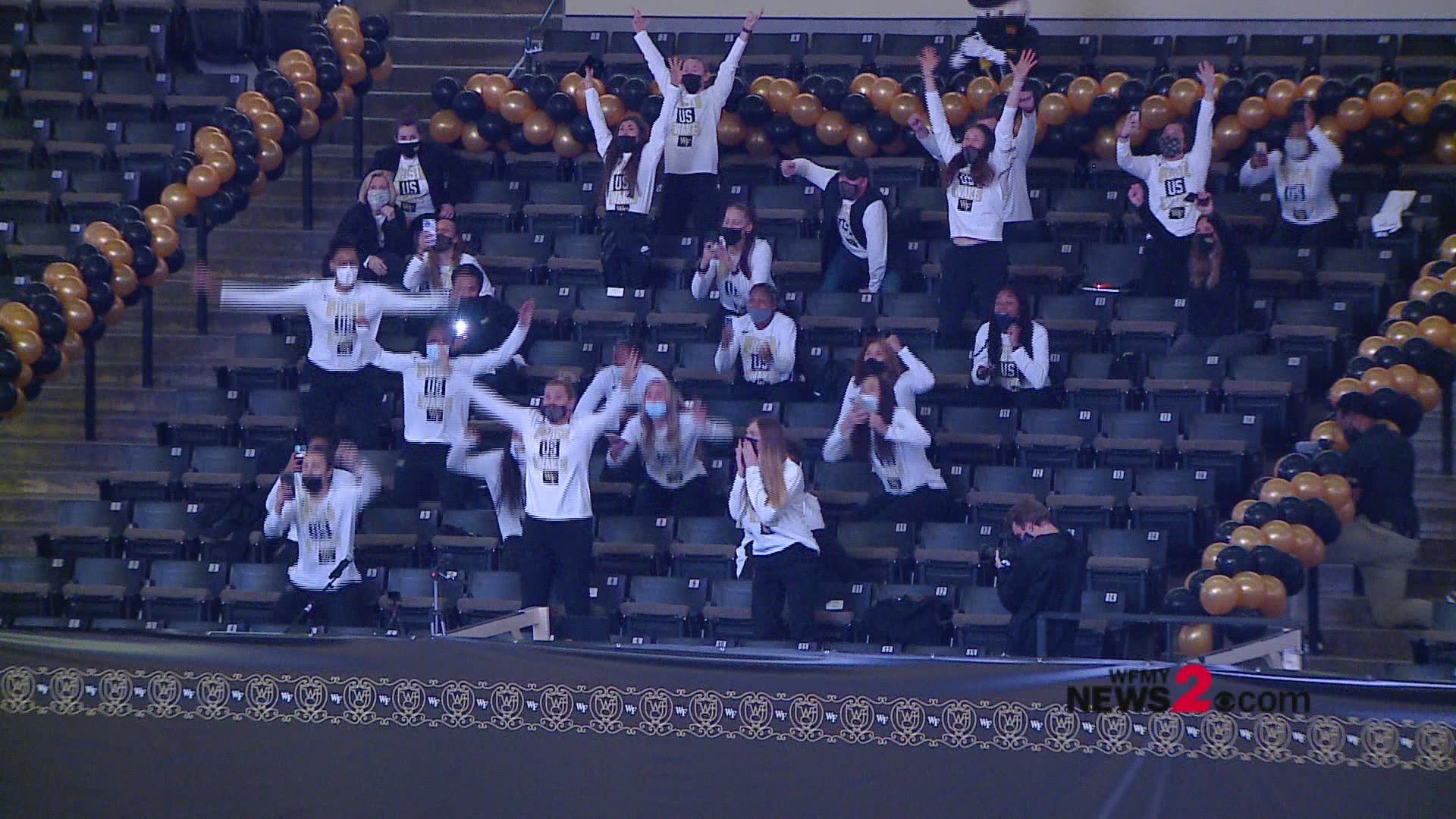 WINSTON-SALEM, N.C. -- The Wake Forest women's basketball team was selected to the NCAA Tournament as announced on ESPN Monday night, earning a No. 9 seed.

This is the Demon Deacons' second all-time NCAA Tournament appearance and its first since the 1987-88 season.

"I am so proud of this group," head coach Jen Hoover said. "From the first day they stepped on campus on July 6, I knew this was a special group that had the opportunity to get Wake Forest back where it belongs, the NCAA Tournament. I am especially thankful for our senior class for the hard work they have put in over the last four seasons. Their leadership both on and off the court this season has been vital to our success. I know this group is ready for the challenge of the NCAA Tournament in San Antonio."

"This is an outstanding achievement for our student-athletes, coaches and staff, and all of Deacon Nation," Director of Athletics John Currie said. "Coach Hoover, our senior leaders and the entire program have persevered through the challenges of the pandemic to accomplish the goal of returning to the NCAA tournament. DEACTOWN is headed to San Antonio and we encourage all Wake Forest fans to enjoy the Demon Deacons' journey."

Boasting six NET top-50 victories, a 12-12 overall record and coming off its second consecutive run to the ACC Tournament Quarterfinals, Wake Forest will travel to San Antonio, Texas for a first-round matchup with No. 8 seed Oklahoma State on Monday at 1 p.m. (ET) on ESPN2.

The Deacs face Oklahoma State for the first time in school history and this is the second time the Demon Deacons have been a No. 9 seed in the NCAA Tournament.

The winners of the first round matchup will go on to face the winner of No. 1 Stanford and No. 16 Utah Valley State.

Overall, this marks the eighth time as a program and the third time under head coach Jen Hoover the Demon Deacons have made it to the postseason with the last appearance coming in the 2017 WNIT.