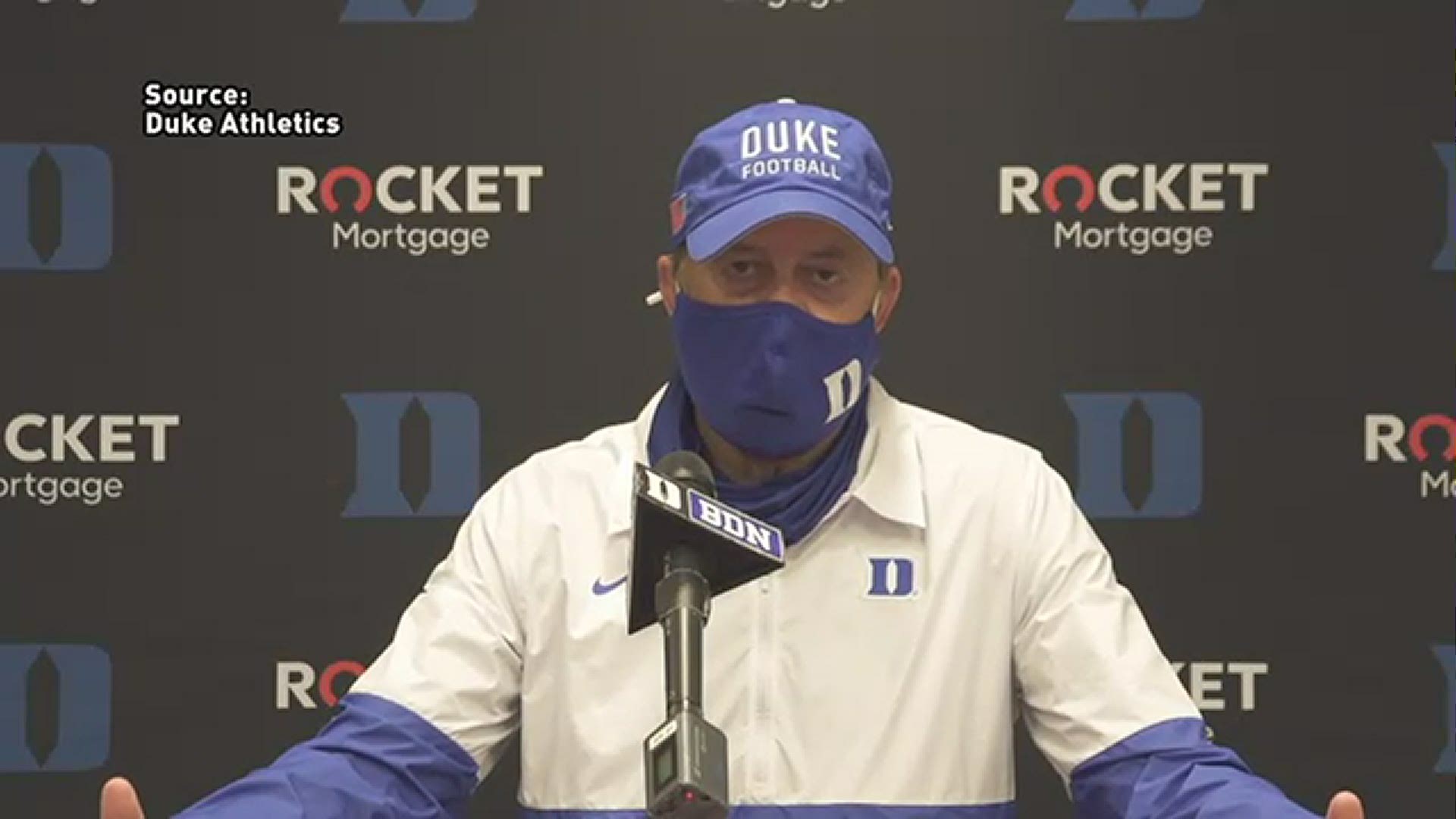 After a defensive battle in the first half, Boston College held a slim 7-6 edge over Duke at the break. The Blue Devils tried to put together a rally in the second half, but turnovers continued to plague the Duke offense as the Eagles scored 19 unanswered to seal the win.

Redshirt junior quarterback Chase Brice went 23-of-42 for 217 passing yards and two interceptions. He connected with senior Noah Gray on five occasions, including a 24-yard catch to extend Gray's reception streak to 18 straight games. The Leominster, Mass., native now has 86 career catches to his name to shift into a tie for fifth all-time at Duke by a tight end.

Boston College quarterback Phil Jurkovec finished his day 17-of-23 for 300 yards with two touchdowns and one interception. Sophomore wide receiver Zay Flowers recorded 162 yards and a touchdown to help lead the Eagles' offense.

Duke travels to Charlottesville next weekend for a matchup with Virginia in Scott Stadium. The game is slated for a 4 p.m. start and will be broadcast by the ACC Network.