Wake Forest had its four-game winning streak come to an end in Chapel Hill on Saturday. 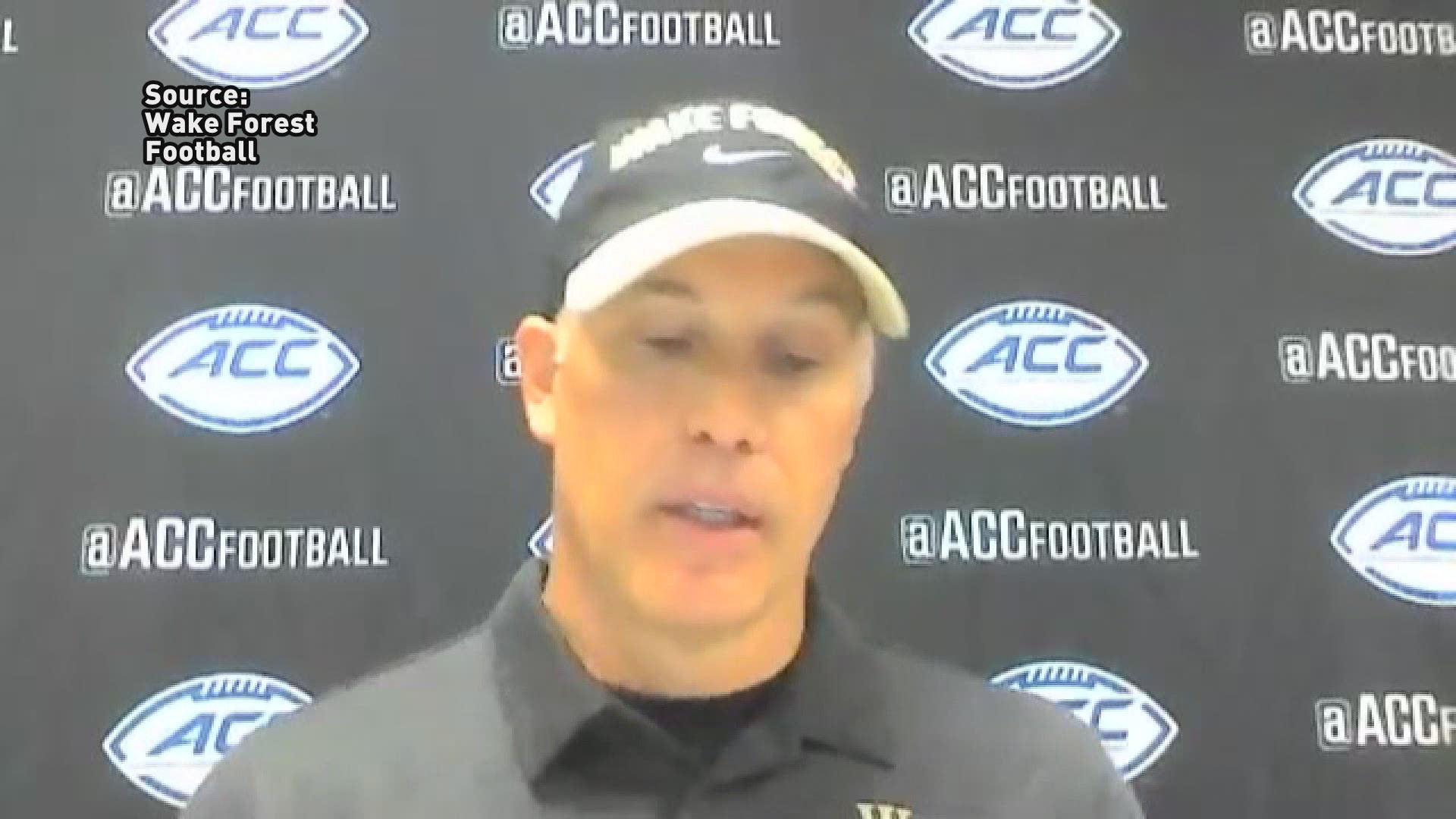 The 112 combined points between the two schools marked the most in the series' 132-year history. The previous high in the series was 80 points coming in 1993.

Additionally, the Cornelius, N.C. native extended his Wake Forest record to 234 passes without an interception, which ranks eighth in ACC history and is nine away from entering the top five on the list. His streak dates back to the final regular season game in 2019 at Syracuse.

Running back Kenneth Walker III continued to climb up the record books on Saturday, posting his fourth multi-rushing touchdown of the season. He now has 13 total during his sophomore season, which is tied for third and two away from tying the program record of 15 set by Brian Piccolo (1964) and LarRussell (1971).

Redshirt junior Jaquarii Roberson continued to be one of the toughest wide receivers to stop in the country on Saturday. He posted yet another career game, ending with a career-best 12 catches for a career-high 167 and two touchdowns. His 12 receptions are the second most in the Dave Clawson era and tied for the 12th most in program history in a single game.

On the outside, sophomore Donavon Greene proved equally tough to stop with eight catches for 170 yards and two touchdowns, an average of 21.3 yards per catch.

•    For just the second time all season, North Carolina's offense was stopped on the opening possession of the game. Ja'Cquez Williams stopped the Tar Heels run on fourth down on Wake Forest's side of the field.

•    To help increase their totals quickly, the Deacs had 11 explosive plays on offense, including five of 34 yards or more:

•    Wake Forest found the endzone five times in the first half with three on the ground and two through the air.

o    Hartman played a roll in three touchdowns with a one-yard rushing touchdown to put Wake Forest up 28-24 with 10:26 to play in the second quarter.

•    From that point, the Demon Deacon defense held the Tar Heel offense in check, taking a 35-24 edge into the locker room.

•    Wake Forest held North Carolina without a score from the 12:45 mark of the second quarter to the 4:43 mark of the third quarter.

o    During that stretch, the Demon Deacons scored 24-unanswered points to take a 45-24 lead.

•    Undaunted, UNC's first score in the third quarter started a 35-0 scoring run for the Tar Heels.

•    Jaquarii Roberson capped off his career day with a touchdown with 57 seconds remaining. After a 2-point conversion, Wake Forest trailed 59-53.

•    The Deacs nearly recovered the onside kick attempt from Nick Sciba, but that UNC recovery ended the game.

Redshirt sophomore Sam Hartman had a career day through the air, tying seventh best passing performance in school history with 429 yards while equaling his career-best four four touchdown passes. Additionally, he became just the 12th player in the program's history to cross over the 4,000 career yard barrier, passing Wake Forest legend Norm Snead (1958-60) for 11th on the all-time yardage list on the final drive of the game. Hartman now has 4,067 passing yards in his career.

FROM COACH CLAWSON
"I'll give North Carolina a lot of credit. They are a really good team. Even when we were up 21 points, you don't feel like any lead is safe against them. They have the ability to make big plays with their ability to run the ball and throw the ball. They have great balance on offense. I've got to give Carolina a lot of credit on how they came back. This was just a great football game. I certainly compliment our players on their effort and their intensity. We're certainly disappointed we didn't win the game, but it's hard to be disappointed with the effort we played with throughout the game. We made a big investment in this game, two weeks, and to be up 21 in the third quarter and not be able to get it home is disappointing. They are a very explosive team and they come from behind on a lot of people. We just had to make one more play. We had to make one more third down conversion. We had to make one more third down stop. We had to get Howell, Williams or Carter on the ground one more time, and we didn't do it. It's a game of plays and they made a few more plays than us."

UP NEXT
Wake Forest closes out its three-game road stint next week when the Deacs travel to Duke for its final Big 4 clash of the season. The game is scheduled for Noon ET and will be broadcast on the ACC Network.