The Dukes Rushed For Six Touchdowns In The 45-10 Win 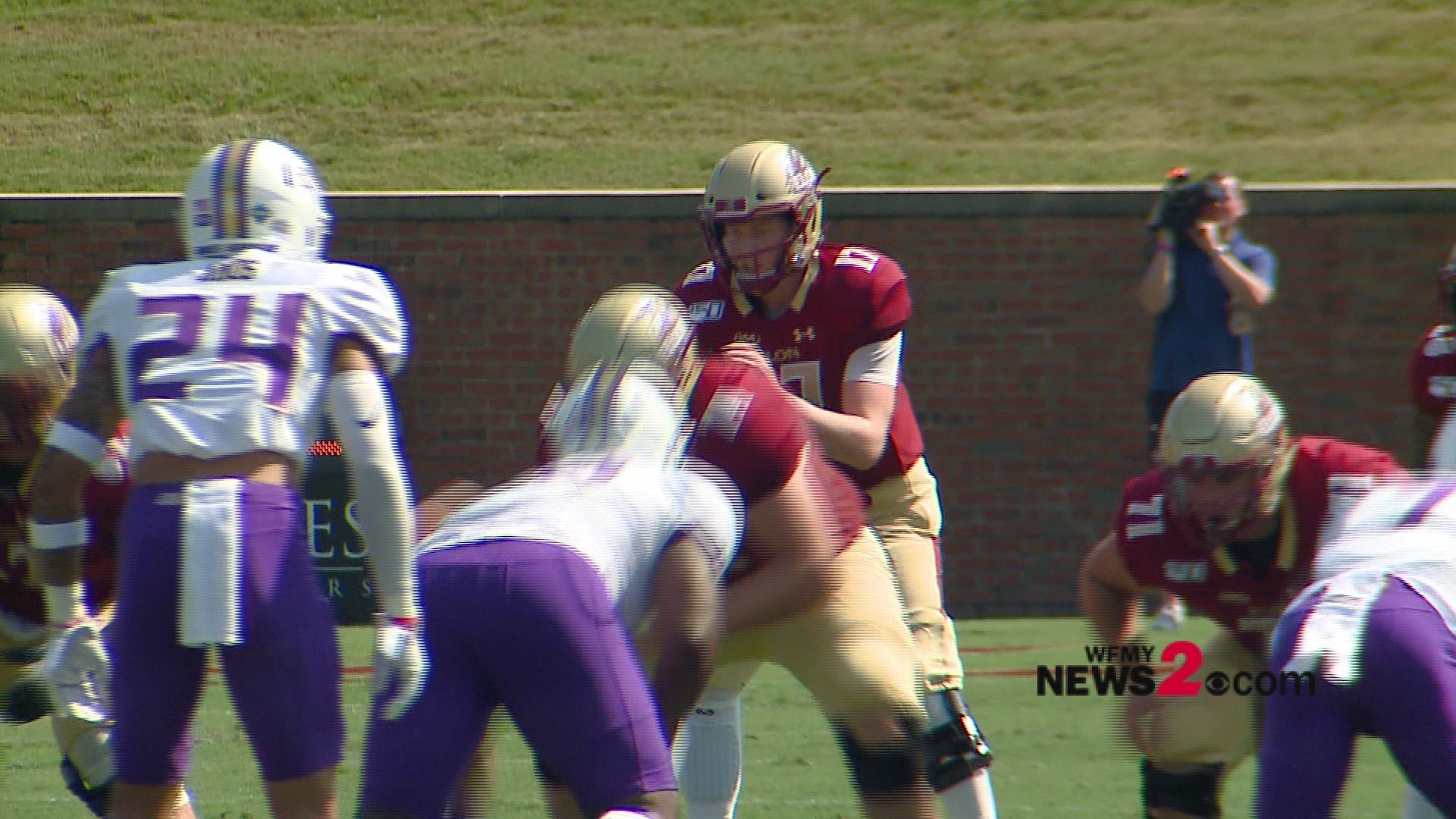 James Madison (4-1, 1-0 CAA Football) opened the afternoon by winning the toss and electing to kick. Two plays into the game, Elon's (2-3, 1-1 CAA Football) Davis Cheek hit Avery Jones from 66 yards out to put Elon up 7-0 early. The sophomore receiver sprinted down the middle of the field, stopped to catch the ball and took off through holes of streaking JMU defenders on the way to the end zone.

From there, JMU scored 38 consecutive points on the way to the 45-10 win while rushing for 336 yards on 56 carries. The Dukes answered Elon's opening touchdown drive immediately with a TD drive of their own, putting seven points on the board on each of their first three drives of the afternoon.

-Tre'Von Jones 16 tackles are a season high and the most in a game for a Phoenix athlete since both Tyler Campbell and Warren Messer recorded 16 on the road against No. 6 Richmond back in 2017.

-Cole Coleman's 12 tackles tied his career high, matching the 12 he had against Towson last season.

-With the interception late in the third quarter, Davis Cheek's streak of consecutive passes without an interception ended at 240, marking the first interception for the junior quarterback since the 2018 season opener at South Florida.

-The loss is Elon's first CAA Football loss in the month of September. It was previously 6-0 in September CAA games before falling Saturday.

-With a crowd of 11,926, it marks the third-largest crowd in Rhodes Stadium history. It's also the second-largest crowd for a Family Weekend game at the stadium.

-Avery Jones has now caught a touchdown pass in three consecutive games. Both the six receptions and 93 yards mark career highs for the sophomore.

Heading back out on the road, Elon will visit New Hampshire for its first of three October games. Kickoff against the Wildcats is set for 3:30 p.m. in Durham. New Hampshire will be celebrating its homecoming game with Elon's visit. It also marks a homecoming of sorts for Tony Trisciani, who spent two different stints spanning six season at UNH.