This was the first meeting with both teams ranked in the AP Top 25 since 1993. 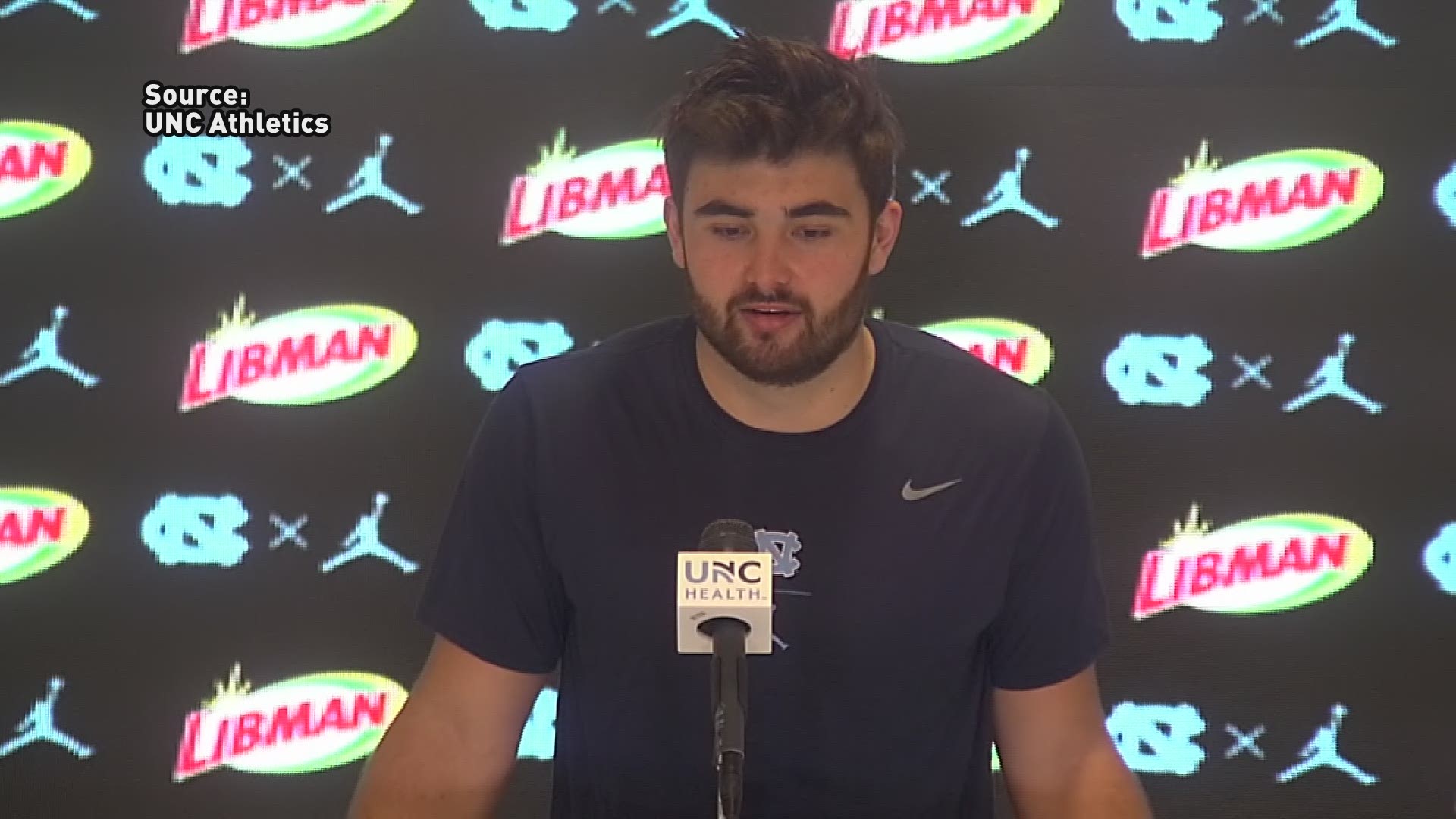 Michael Carter ran for 106 yards and a score in a strong ground game for the Tar Heels.

But he was pulled for true freshman Ben Finley after three series and didn't return until the third quarter.

This was the first meeting with both teams ranked in the AP Top 25 since 1993.

•    Today marked just the second time in school history the Tar Heels had two rushers over 100 yards (160 by Javonte Williams, 106 by Michael Carter), a 100-yard receiver (105 by Dyami Brown) and a passer with 200 yards (252 by Sam Howell). The only other time was against Maryland in 1993 (Curtis Johnson and Leon Johnson were the rushers, Jason Stanicek the quarterback and both Bucky Brooks and Corey Holliday the receivers).

•    Carolina’s 34 first downs were a season-high (31 vs. Virginia Tech). It matches the season high from a year (34 vs. Georgia Tech). The Tar Heels matched their season-high with seven third-down conversions (in 12 attempts; also were 7 of 12 at Boston College).

•    Javonte Williams rushed for 160 yards. It was the third straight game he eclipsed the 100-yard mark and the fifth time in his career. He became the first Tar Heel rusher to gain 100 yards in three consecutive games since Elijah Hood in the final three games in 2015.

•    Today’s game marked the second time this season two Tar Heels rushed for 100 or more yards. Michael Carter and Williams also did that against Virginia Tech on Oct. 10. That hadn’t happened in a game since 2015 against NC State (Hood and T.J. Logan).

•    Williams and Carter are the fourth pair of Tar Heels to rush for 100 yards in a game against NC State. The others were Logan and Hood in 2015; Ethan Horton and William Humes in 1984; and Ike Oglesby and Don McCauley in 1970.

•    Carter rushed for 106 yards, his third 100-yard outing this season and the eighth of his career.