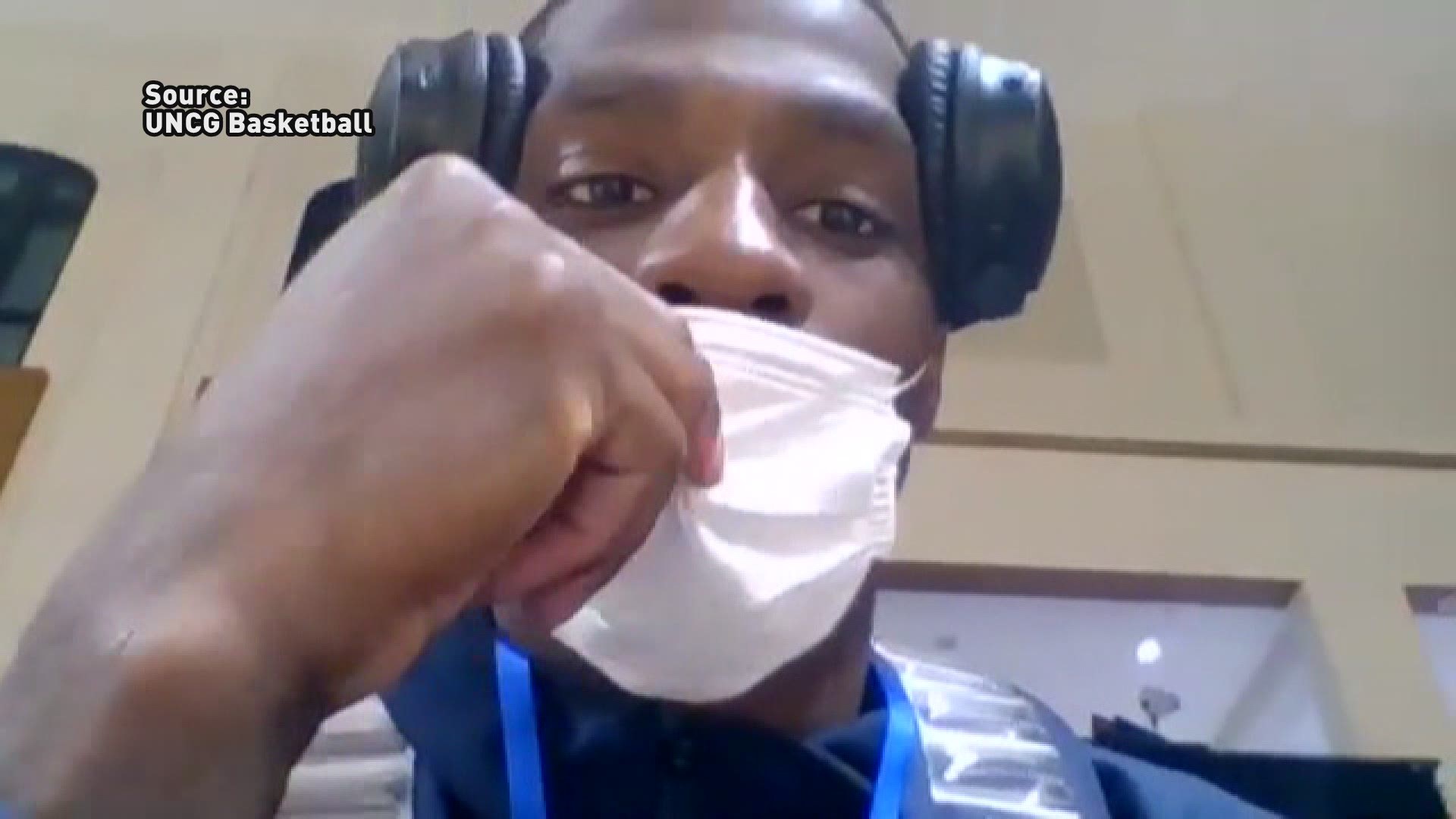 SPARTANBURG, S.C. -- With a fierce scowl that could freeze boiling water anchoring his sweat-soaked face, Isaiah Miller resembled a storm rolling over a midwestern farmhouse in helping UNC Greensboro (UNCG) rally for a satisfying 84-75 victory over Wofford in a Southern Conference contest at Jerry A. Richardson Indoor Stadium Wednesday.

The UNCG senior guard had lots of assistance during this triumph. 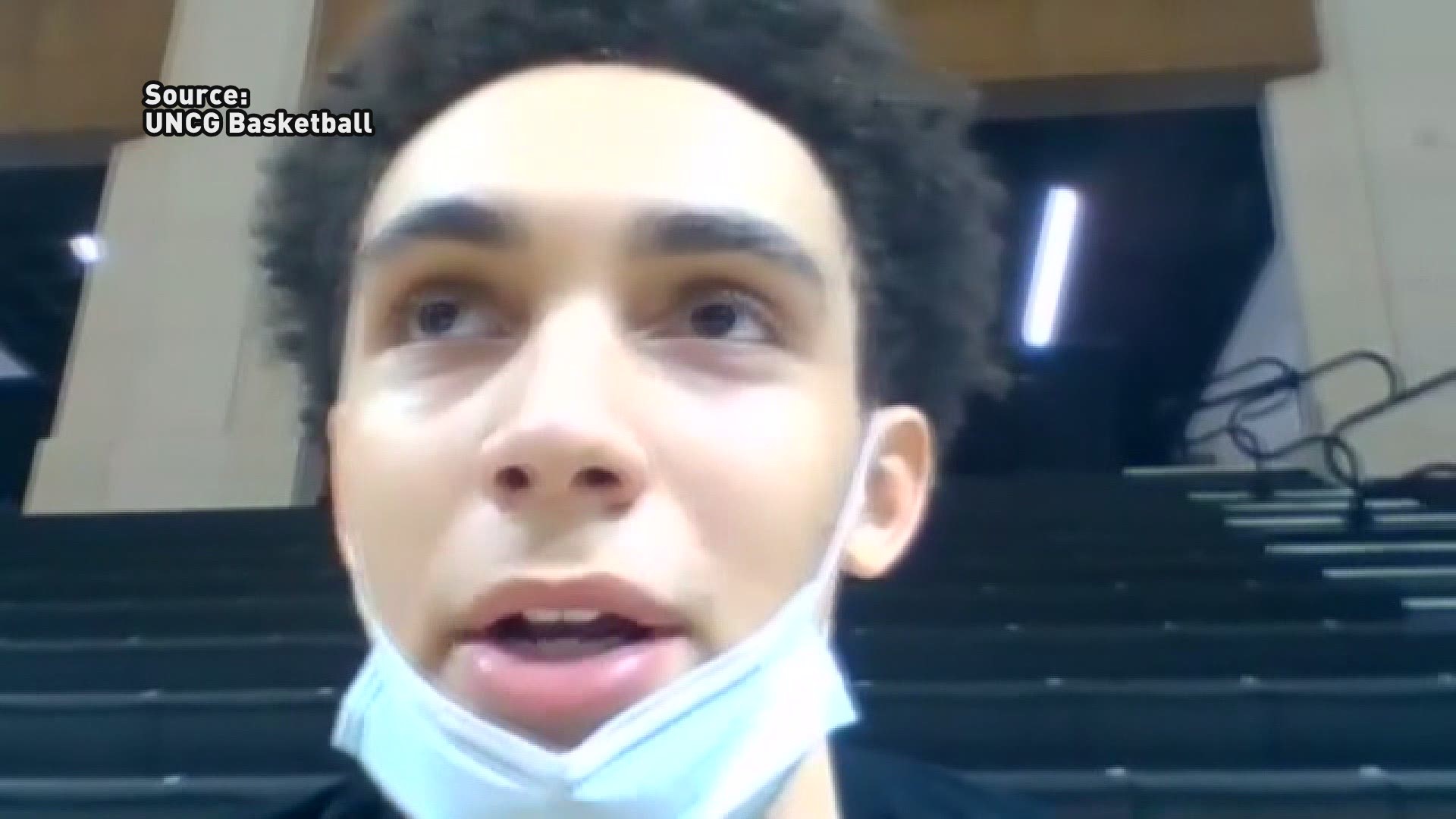 Junior guard Angelo Allegri swept through the Wofford defense like a cleansing wind, tying a career-high with 19 points. Allegri’s first shot was a harbinger of positive things to come for him and the Spartans – he opened the game with a rare four-point play after he was fouled making one of UNCG’s season-best 11 3-pointers.

Competing with a fury Wofford couldn’t comprehend, Miller unfurled a magnificent performance to cherish. Flirting with his first career triple-double, Miller’s leadership, tenacity, and energy were contagious as UNCG stormed back from an 11-point deficit late in the first half.

As UNCG erased a double-digit deficit to win a game for the third time this season, Miller finished with 15 points and a career-best 13 rebounds. It was his second career double-double. In reducing defenders to bowls of melted ice cream, Miller garnished his performance with eight assists and four steals to raise his career total to 262.

What’s a game without Miller etching his name further into UNCG lore? He moved into fourth place on the UNCG all-time scoring list with a short jumper in the paint at 8:45 p.m. Eastern Standard Time, passing James Maye, who played for the Spartans from 1999-2003. Miller has 1,578 career points.

This was far from a solo act. The Spartans used the relentless energy from a committee of contributors to hand the Terriers their first home loss.

  Trailing 50-44 with 16 minutes remaining, the Spartans gained control with an 18-5 run in which they scored in thunderous clusters.

  Miller started the run with a layup and Allegri concluded the surge by draining a 3-pointer from the corner to give the Spartans a 62-55 lead with 11 minutes remaining.

  Defensively, UNCG limited Wofford to 1-of-6 shooting and one turnover during the game-altering burst.

  Hayden Koval, who didn’t start the game, supplied a surge of electricity with eight points and two blocked shots.

  The Spartans ended the first half by scoring five of the last seven points to trail, 43-35.

  This was the 24th time in the last two years that Allegri made multiple 3-pointers in his career.

  Allegri has scored in double figures 15 times in his career.

  This was Miller’s seventh game this season with at least two steals.

  Miller has 262 for his career to tie NBA legend, Tim Hardaway, on the all-time steals list.

  Miller has at least one steal in 29 consecutive games.

  Miller has scored in double figures in 12 straight games and 27 of UNCG’s last 28 contests.

  This was the 82nd time in his career that Miller hit for double figures.

  This was the second time this season that UNCG has had 10 players score.