Tanya Curry has been going to North Carolina A&T games since 2001 but understands it's best for the health and safety of everyone. 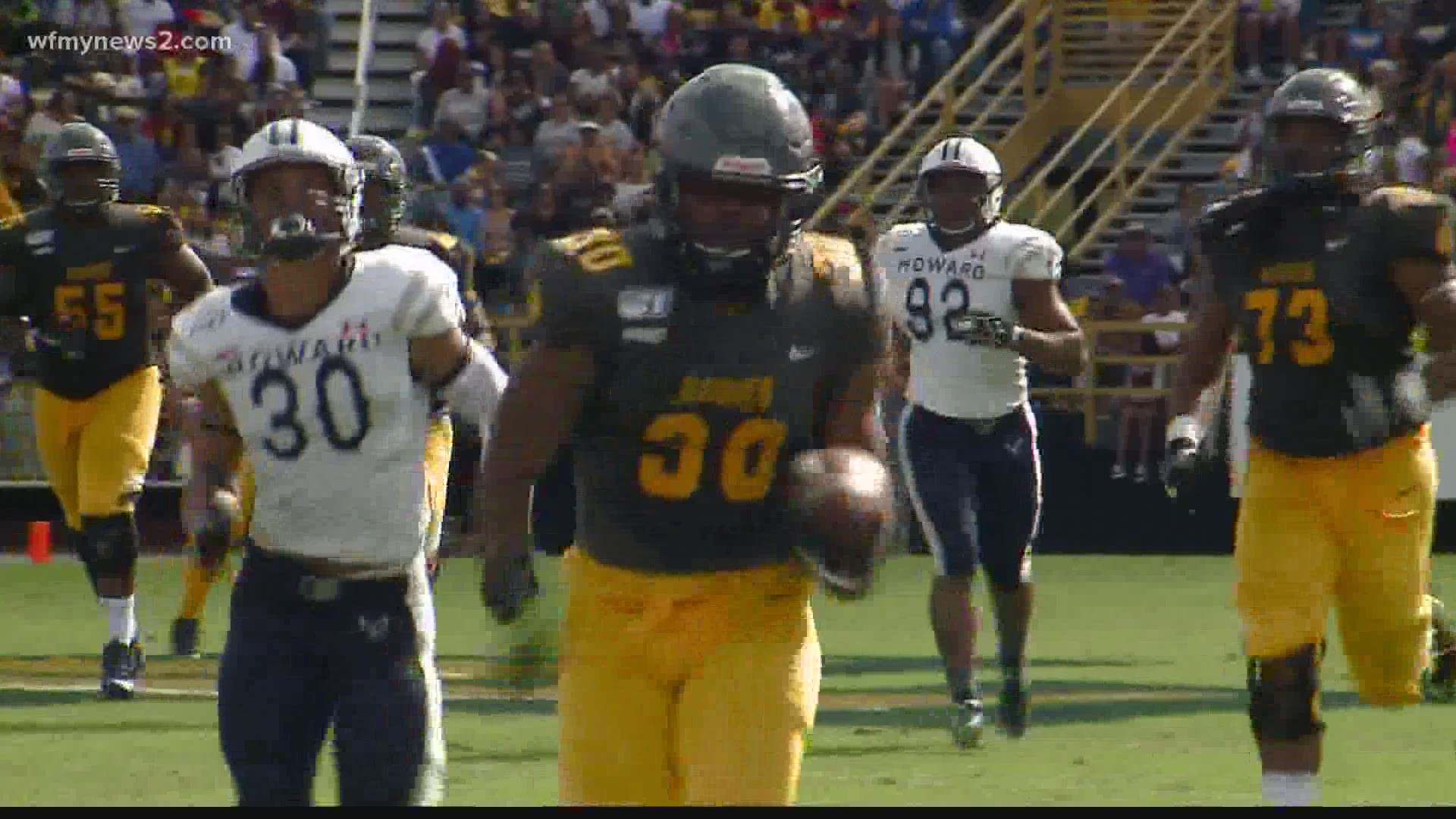 GREENSBORO, N.C. — Aggie pride runs deeper than just sports at North Carolina A&T, but that doesn't lessen the sting of sports being canceled for the fall this year.

The Mid-Eastern Athletic Conference announced Thursday it's suspending all fall sports amid the coronavirus pandemic.

This was the last year for NC A&T in the MEAC.

"That’s one of the biggest things that when I first saw the message I was like this is our last year in the MEAC," Curry said, "It means so much to us to be able to play in the MEAC and to actually try to go back to the Celebration Bowl again."

Curry goes to all the games with her family, including her sister Monique Johnson.

"It’s disheartening as an Aggie, you know. You bleed that blue and gold so just having to come to terms with the fact that your pride might have to be shifted a little bit more until we can have athletic games," Johnson said.

Bianca Jefferies graduated NC A&T in 2000. She and her family get season tickets for the football games every year.

"Of course it’s disappointing and I believe that entertainment is kind of what the country needs right now. Unfortunately, a lot of that is being shut down for very valid reasons," she said.

RELATED: 'Keep working hard, push through': Local football player hopes to have a senior year before heading the college level

NC A&T canceled the Greatest Homecoming On Earth for the first time ever back in June. Alumni understand that although it's disappointing, it's for a good reason.

"Even if there is no physical football game with tailgating and all those normal things that we would do, we still have a grill, we still have a backyard, it’s still in our hearts," Jefferies said, "People will probably post pictures from all over the country just how they’re having homecoming in their own way."

No decision has been made if fall sports will be moved to the spring.