The new proposal would create a new commission and give elected officials more say in who oversees high school sports. 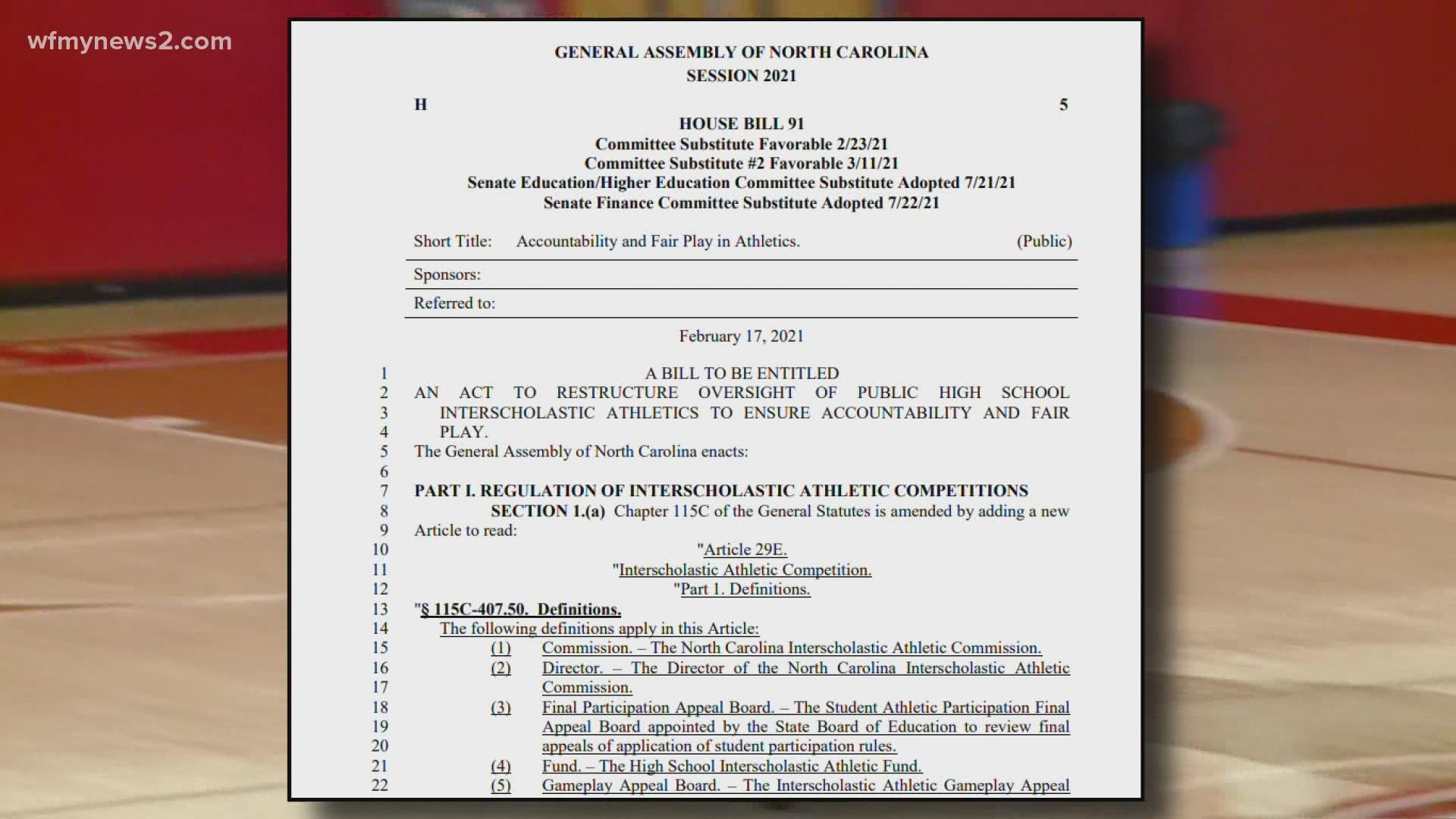 We dove into House Bill 91 and spoke with NCHSAA commissioner Que Tucker.

The NCHSAA has been around for 110 years. Now it's future could be in jeopardy. Several North Carolina lawmakers drafted a bill that would create a new commission, and it would give elected officials, more input on the oversight of high school sports.

it would be called the North Carolina Interscholastic Athletic Commission (NCIAC). There would be 17 members. 9 chosen by the governor, The House and Senate each choose the remaining 8 commissioners.

As of now, the NCHSAA board is made up of principals and other school leaders vote on NCHSAA members and leaders.

Que Tucker has been the Commissioner since 2015.She heard the news about the bill just this week.

"Needless to say that when we woke up Tuesday morning there was a billing sitting out there that said they were going to dismantle the NCHSAA, to say it was a bit of a blindside I'd say yeah I think so."

There are a few main differences from the proposed Interscholastic Athletic Commission and the current NCHSAA. The new commission would outlaw giving scholarships to student athletes. Also, the NCIAC would no longer accept private grant money for regular season funding. And lastly it would outlaw financial penalties for schools that break the rules.

Tucker says an incident from two years ago, could be the reason for this proposed change.

"It start with the team being ineligible for the playoffs in 2019As a result of inappropriate behavior. Being involved in a fight. It rolls to the level that the punishment eliminated them from competition. Then we had some legislators get involved And question And appeal to us to waive that rule into allow tho se young people to participate"

Remember, this is still a proposal.

The bill cleared the senate education and finance committees and it's yet to receive a House vote.

If passed, it would head to the Senate, and then finally to Governor Roy Cooper for approval.