The Bills quickly led 9-0, but Kansas City rallied and will be making its second straight trip to the Super Bowl. 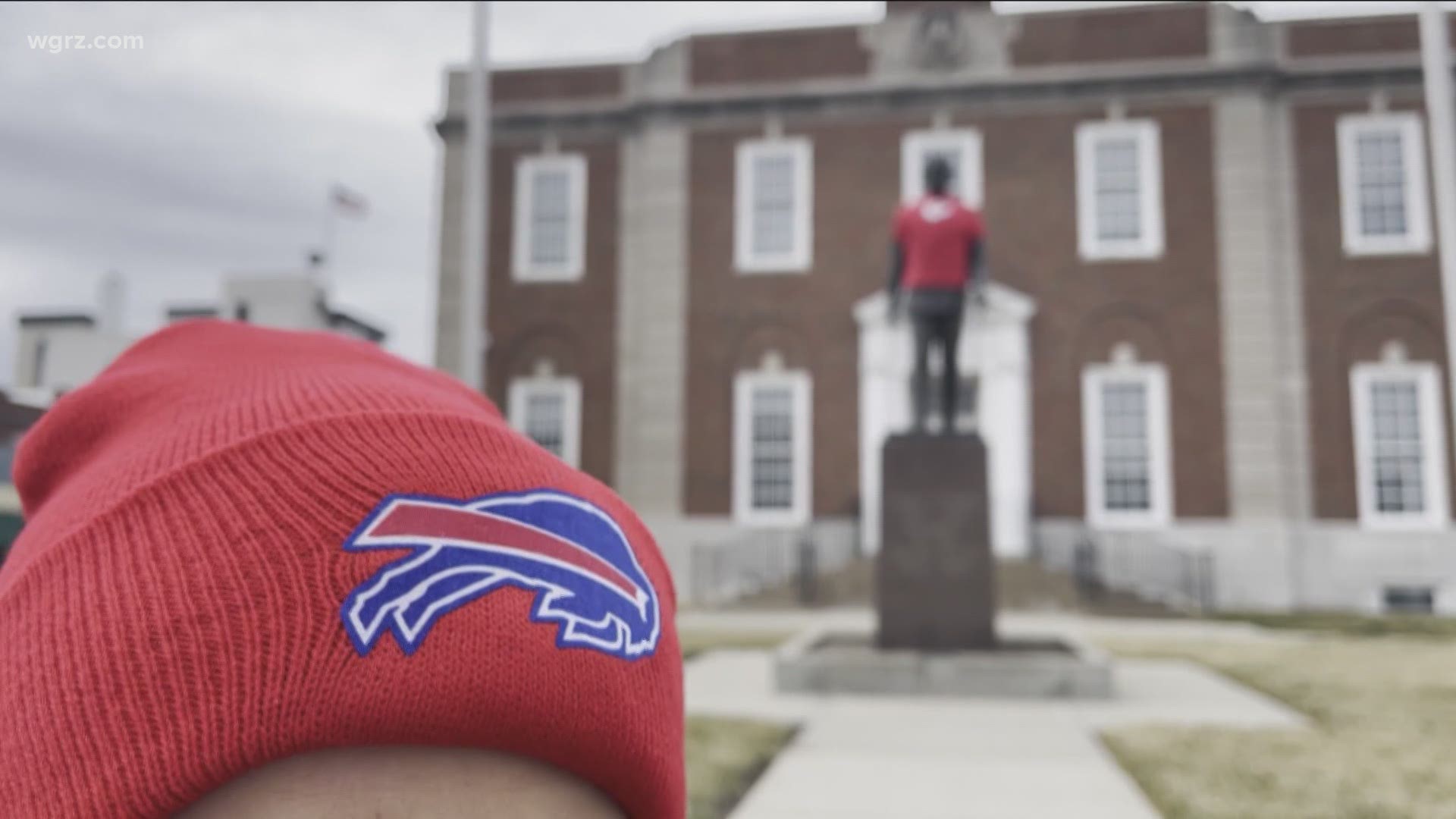 KANSAS CITY, Mo. — The Bills and Chiefs fight for a ticket to Super Bowl LV in the AFC Championship game. Follow the live blog here:

Bills receiver Gabriel Davis was questionable heading into Sunday's game. He will be available against the Chiefs.

- The Bills strike first with a Tyler Bass 51-yard field goal on the opening drive. Starting at their own 25, the Bills got moving quickly with a 17-yard connection between Josh Allen and Cole Beasley on the second play of the drive. The Bills went for it on 4th & 1 at the Chiefs 48 and converted, with Allen hitting Dawson Knox for an eight-yard pickup. The Bills capped off the drive with the field goal and lead it 3-0, 3:33 into the game.

- The Chiefs go three and out on their first drive of the game, with Tyreek Hill unable to haul in a deep pass on 3rd & 4 from the KC 41. The Bills start their next drive at their own 16.

- The Bills have to punt it away after picking up one first down, and it plays into their favor, as Chiefs Mecole Hardman muffs the punt and Taiwan Jones recovers at the KC 3.

- Josh Allen immediately takes advantage, and goes to tight end Dawson Knox for the touchdown on first down. Bass misses the extra point. Bills lead it 9-0. The Chiefs start their next drive at their own 20.

- The Chiefs answer immediately, with Mecole Hardman redemption bringing in a short pass from Mahomes for a three-yard touchdown, capping off a 14-play, 80-yard drive, eating up 6:58 of clock. The Chiefs cut the Bills lead to 9-7.

- The Bills, starting at their own 25, get to the KC 49, before Devin Singletary drops a high, short pass from Allen on 2nd & 7. On third down, Allen, in trouble heaves it up and is called for intentional grounding. The Bills punt it away, and Kansas City starts its next drive at its own 18, with the Bills still leading 9-7.

- The Chiefs score 14 unanswered points, with Daryl Williams fighting his way up the middle for a three-yard touchdown. On the first play of the drive, Hardman picks up 50 yards on the ground, into Buffalo territory, at the 32. Mahomes then hits Travis Kelce on 1st & 10 at the 21 for a 15-yard pickup, to set up the Williams score. Kansas City takes a 14-9 lead after the with 9:35 to go, after the five-play, 82-yard drive.

- Starting the drive at their own 25, the Bills go three and out, and hand the ball back to the Chiefs for another scoring drive. Mahomes led a 9-play, 77-yard drive down the field for Clyde Edwards-Helaire to punch it in from a yard out, to extend the Chiefs lead to 21-9, with 4:12 remaining in the first half.

- The Bills ended the second half with a field goal, but showed signs of life again, with Allen being able to get the ball out against the blitz better. The Bills got down to the KC 2 before settling for a Tyler Bass 20-yarder, to end the half, trailing 21-12.

- The Bills hold the Chiefs to a 45-yard field goal, after a 10-play, 48-yard drive. The Chiefs had 3rd & 3 at the Bills 27, when Jordan Poyer immediately stopped Edwards-Helaire with a hard hit, forcing the Chiefs to turn to Harrison Butker for the three points. 24-12 Chiefs. The Bills begin their first drive of the half at their own 25.

- Bass hits a 27-yard field goal to cut the lead to 24-15 Chiefs, but the Bills are unable to finish off a drive inside the KC 10. Allen found a rhythm with his receivers again, hitting Cole Beasley and John Brown for 23 and 17 yards early in the drive. The Chiefs start their next drive at their own 25 with 5:49 left in the third quarter.

- The Chiefs answer quickly, with Mahomes hitting Kelce from a yard out for the touchdown, going up 31-15. After Jerry Hughes sacked Mahomes on the first play of the drive, the Chiefs quarterback responded with a short pass to Tyreek Hill, who took it 71-yards to the Bills four-yard line. The Bills start their next drive at their own 25.

- The Bills score on a six-yard touchdown from Josh Allen to Isaiah McKenzie, to end a 10-play, 75-yard drive. After the two-point conversion fails, and the Bills trail 38-21.

- Tyler Bass' onside kick is successful, and Tremaine Edmunds recovers for the Bills to start their next drive at the KC 49. Allen goes deep to Diggs for a 34-yard gain. On 3rd & 10 at the KC 15, Allen is sacked at the 33, but penalties offset, for Bass to hit a 51-yard field goal. Kansas City still leads 38-24 with 3:14 remaining.

- The Bills second onside kick attempt doesn't work, and Kansas City is able to pick up three first downs to run out the clock. The Chiefs will head to the Super Bowl, winning 38-24.