Cleveland Browns wide receiver Jarvis Landry caught a touchdown pass against his former team, the Miami Dolphins, on the first drive of the game. 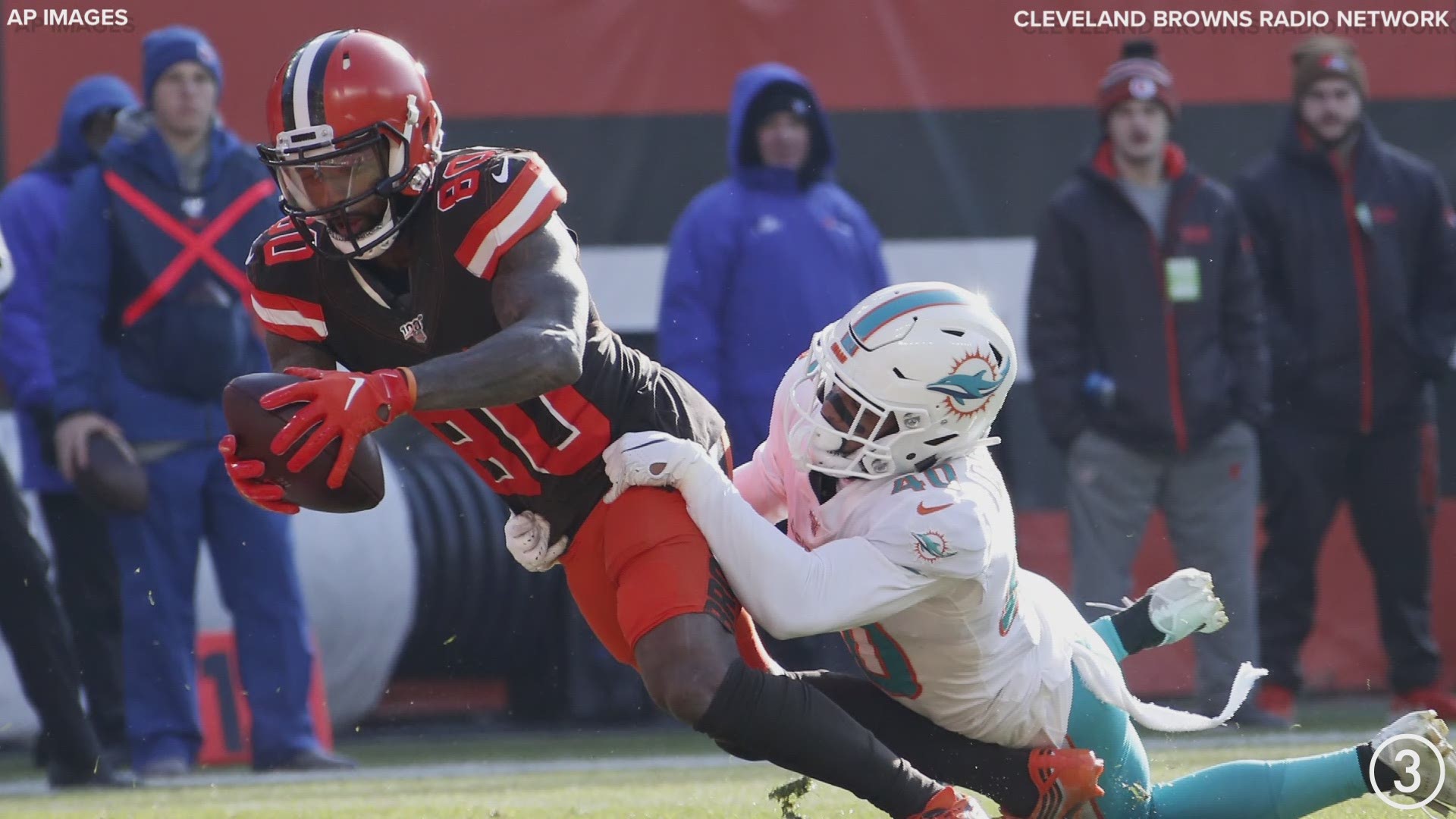 CLEVELAND — It is fair to say that Cleveland Browns wide receiver Jarvis Landry had a little extra motivation heading into Sunday’s game against the Miami Dolphins because he felt by trading him in the 2018 offseason, they disrespected the Pro Bowl pass catcher.

Well, Landry exacted a measure of revenge against his former team on the first drive of the game at FirstEnergy Stadium in Cleveland.

After catching an 18-yard pass for a first down and drawing a pass interference penalty earlier in the drive, Landry was on the receiving of a throw from quarterback Baker Mayfield near the goal line. Not to be denied of the seven-yard touchdown against the Dolphins, Landry muscled his way through a tackle attempt and extended the ball across the goal line for the score.

The extra point gave the Browns a 7-0 lead over the Dolphins with 9:59 to play in the first quarter.

The Browns covered 75 yards in eight plays and took five minutes off the first-quarter clock on the scoring drive.

During his first season with the Browns after being traded by the Miami Dolphins in the 2018 offseason, Landry turned his 81 receptions into 976 yards and four touchdowns, rushed for 60 yards and one score on just three attempts and completed one of his two passes for 63 yards.
Additionally, Landry, who earned Pro Bowl status for his contributions to the team.

Through 10 games this season, Landry has caught 49 passes for 695 yards, 33 first downs and three touchdowns, and his teammates sensed the veteran receiver was gearing up for a big game against the Dolphins.

RELATED | ‘Strength in numbers.’ Everybody needs to step up for Cleveland Browns to replace Myles Garrett

“Jarvis is an unbelievable teammate and an even better guy to have in your locker room, just the person he is, who he is a person, what he stands for, his values,” quarterback Baker Mayfield said. “The family aspect that he brings.

“He’s a guy that plays with so much passion. I know I talked about it after the Bills game, but that’s the great part about him on the field, but being a leader and a role model for everyone in this locker room every day, it goes much farther than that.”

Receiver Odell Beckham Jr. added, “I’ve been a part of his journey since we were 16, 17 years old. I know every bit and piece, every story and everything that’s going on. Just to watch him, I’m going to be excited. He always gets me fired up, whether we’re playing the Dolphins or whoever. He always gets me fired up just the way he plays and I know he’s going to be intense this week.”

RELATED | Baker Mayfield: Jarvis Landry is ‘unbelievable teammate, who is even better to have’ on Cleveland Browns