After Jackson was injured late in a playoff game Saturday, Bills fans rallied on social media to donate to the Blessings in a Backpack Louisville chapter. 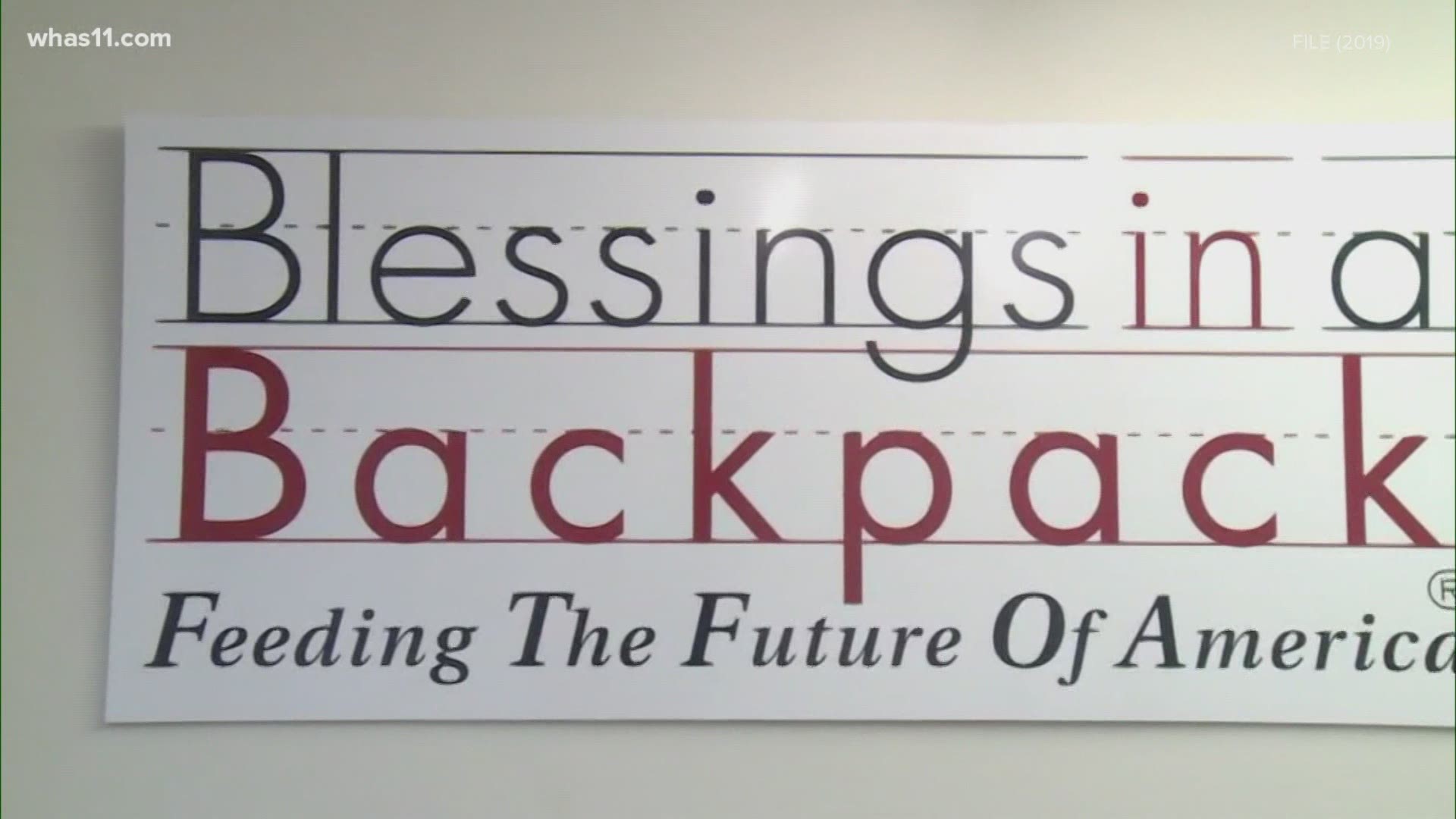 BUFFALO, N.Y. — Buffalo Bills fans are showing their generosity once again, and this time it's benefiting a Louisville charity.

Just before the fourth quarter of the Buffalo Bills' 17-3 playoff victory over the Baltimore Ravens, Ravens quarterback and University of Louisville football alum Lamar Jackson had to leave the game to undergo the NFL's concussion protocol. He did not return, meaning his season ended with the injury.

"It was hard and it was heartbreaking, even as a Bills fan, to watch somebody that you have so much respect for go out of the game like that," Bills fan Daniel Konopski said.

So after the game, fans took to the franchise's Reddit page and Konopski posted about donating to the reigning MVP and former Heisman Trophy winner's favorite charity, Blessings in a Backpack's Louisville chapter, to wish him well. Burke tweeted to do the same thing. In 2018, Jackson donated $25,000 to the charity.

"We had a request from one of our elementary schools locally to start a Blessings program," Blessings in a Backpack managing director Kim Holsclaw recalled. "Well, we didn't have the funds to do it. I made the decision: We're just going to start the program and we'll figure it out. And two or three days later, Lamar's check shows up. That donation really changed the lives of 400 kids."

Years later, Buffalo's drive to donate will do the same for many more children. As of Jan 18, the chapter's chief marketing officer in Nikki Grizzle said they have received $407,000 from more than 15,000 donors.

"It's surreal," Holsclaw said. "And I really think that it's a tribute to Lamar and his character, the person that he is."

"We're known as the city of good neighbors for a reason," Burke said. "We just do what we can to help everybody out."

"I knew what the Bills Mafia was capable of," Konopski said. "And once again, they show up and they do exactly what they say they're going to do. And that's make a difference and make the world of football a better place for everybody."

"What better way to celebrate a huge moment for a franchise by changing somebody else's life for better," Bills Mafia co-founder Del Reid said.

Fans tweeted about donating and posted the link to the charity's website, and have now extended the challenge to fans of the Kansas City Chiefs in hopes of crossing the $500,000 mark.

Blessings in a Backpack says $500,000 will help provide 125 hunger-free weekends for kids who experience food insecurity.

This is not new to Bills Mafia either. In November, Bills fans rallied together and donated close to $1 million dollars to a children's hospital in Buffalo in honor of Allen's late grandmother, who died during the season. They also flocked to donate money in 2018 to then Bengals quarterback Andy Dalton and his wife Jordan's foundation after Dalton threw a late touchdown to beat the Ravens and send the Bills to the playoffs for the first time since 1999.

"I'm not sure exactly how we got here as a fan base, Reid said. "But it's an awesome place to be. Bills fans get excited and they express that excitement into charitable works in the community."

And Holsclaw is thankful for their continued generosity.

"Your outpouring of love and caring for kids that aren't even in your community is just amazing," Holsclaw said to Bills fans. "And I wish you guys all the best. I hope you get your first Super Bowl win!"

When shown the clip of Holsclaw uttering those words, Burke and Konopski couldn't hold back their emotions.

"This is the first time that it's started to feel really, really real and I'm starting to just get a little emotional about it," Konopski said.

"It's hard to put into words," Burke said. "Thank you so much, Blessings in a Backpack. You guys are awesome."

"This is just huge," Konopski said. "This is already big. And what people don't know is it's just going to keep going.

For more information on Blessings in a Backpack, click here.