The Falcons are getting a 2022 second-round and 2023 fourth-round draft picks from the Titans. 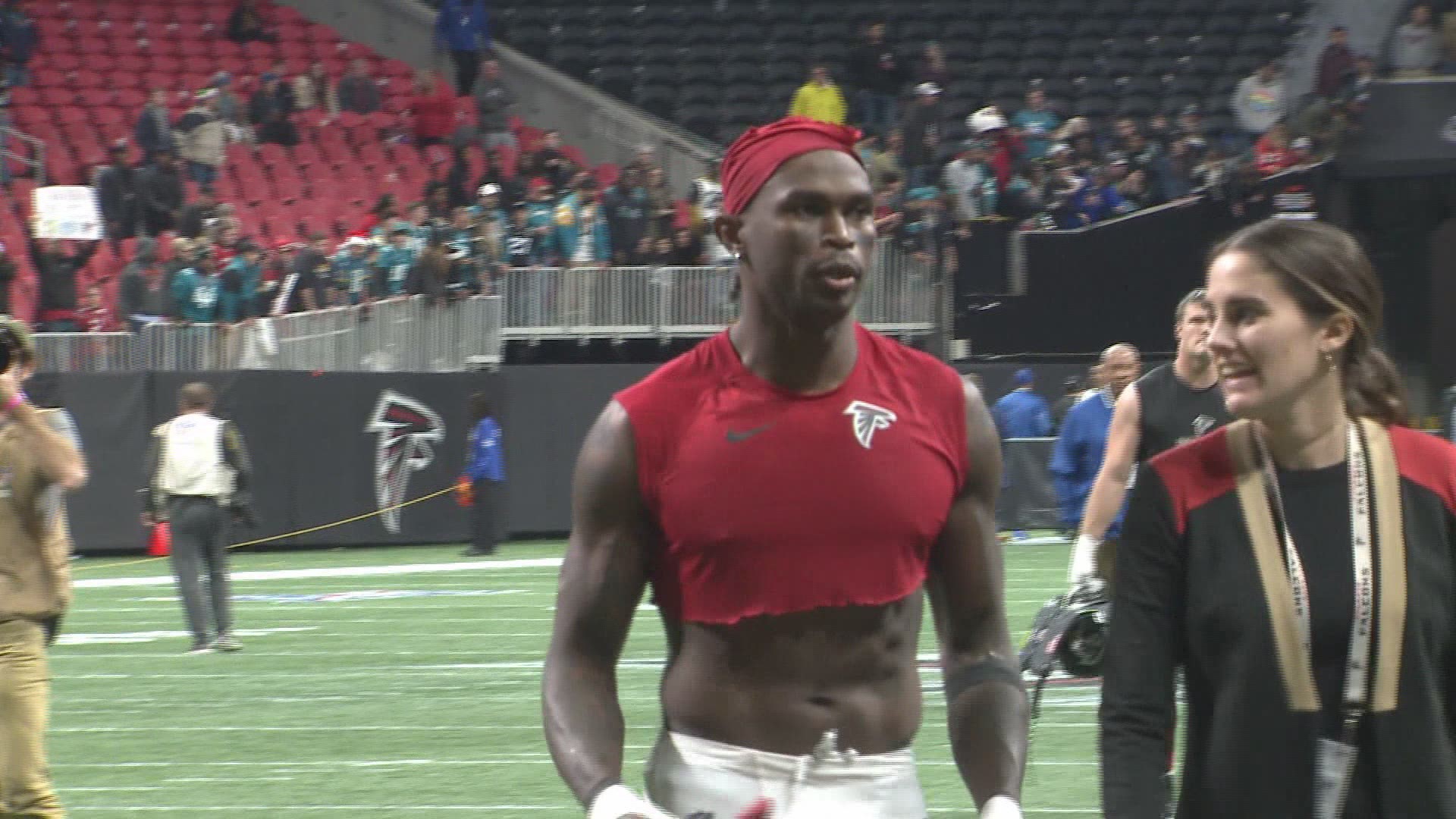 ATLANTA — Atlanta Falcons star wide receiver Julio Jones has been granted his wish. After saying on national television that he wasn't coming back to Atlanta, the team announced Sunday that they traded the former first-rounder to the Tennessee Titans.

In exchange for Jones, the Falcons will receive 2022 second-round and 2023 fourth-round draft picks. The Titans also receive Atlanta’s 2023 sixth-round selection.

The 32-year-old signed a three-year contract extension with the Falcons in 2019 worth a reported $66 million.

When asked if he's going back to the Falcons during the "Skip and Shannon: Undisputed" show last month on FS1, he said: "I'm out of there." He made it clear that he wants to play for a winning team. "I want to win," he added.

On Twitter on Sunday, the Falcons said "Because of you, 11 will always mean more" along with a video tribute to Jones.

Because of you, 11 will always mean more. pic.twitter.com/SJQaT4URNX

Jones was originally selected by the Falcons in the first round (sixth overall) of the 2011 NFL Draft. Atlanta traded its first-round pick (27th), second and third-round picks in 2011 as well as first and fourth-round picks in 2012 to the Cleveland Browns in exchange for the sixth overall pick to select the Alabama wide out. In 10 seasons in Atlanta, Jones played in 135 games catching 848 passes for 12,896 yards and 60 touchdowns, the team said in a press release.

A seven-time Pro Bowl selection, two time All-Pro and a member of the NFL’s all-decade team for the 2010s, Jones leaves the Falcons as the club's all-time leader in receptions, receiving yards and 100-yard games (57). He also owns team records for single-season receptions (136) and receiving yards (1,871) as well as the single-game record for receiving yards (300).