Odell Beckham Jr. will wear a pair of Grinch-themed Nike cleats in pregame warmups prior to the Cleveland Browns' matchup vs. the Baltimore Ravens. 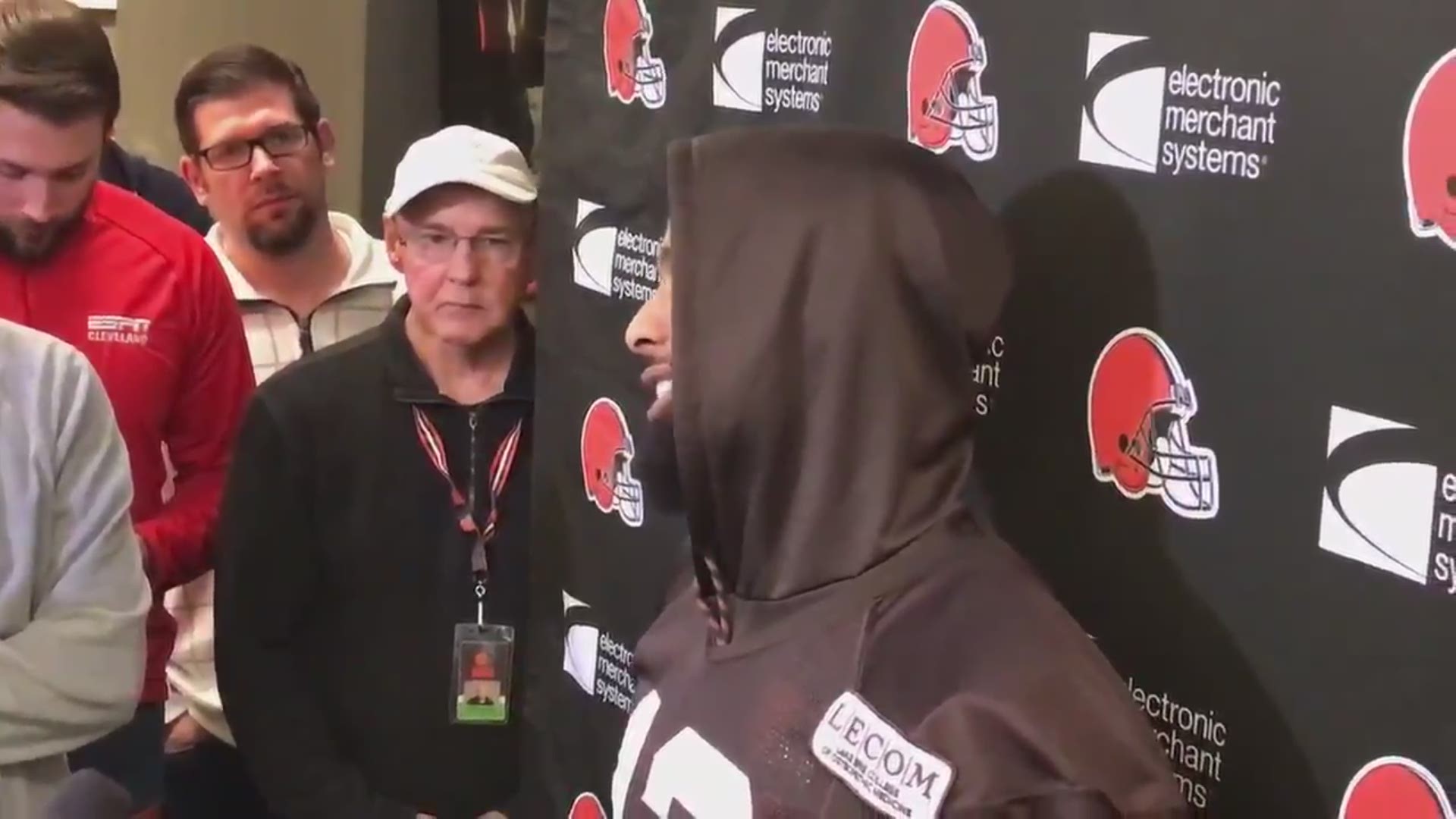 CLEVELAND — Through his first 14 games as a member of the Cleveland Browns, Odell Beckham Jr. has been on his best behavior.

But when he takes the field for pregame warmups prior to the Browns' matchup with the Baltimore Ravens on Sunday, the 3-time Pro Bowl wide receiver will channel his inner Grinch.

As he has throughout the season, Beckham will wear a customized pair of his Nike Vapor Untouchable Pro 3 OBJ Uptempo Cleat in pregame warmups. This week's edition, however, doesn't pay homage to one of his favorite Nike sneakers, but rather a classic Christmas villain with a fuzzy green fur and holiday-inspired coloring.

Entering Sunday's matchup, Beckham has totaled 67 receptions for 910 yards and 2 touchdowns, putting him on pace for one of the least productive seasons of his six-year NFL career. Yet despite rumblings regarding his future in Cleveland, the 2014 NFL Offensive Rookie of the Year set the record straight earlier this week when he asserted he'll remain a member of the Browns in 2020.

“I’m not going anywhere,” Beckham said. “I’ll be here and we’ll figure this thing out. It’s just too special to leave. The Steelers? I heard that Jarvis wanted to go to the Cardinals and all these people. It’s just easy to talk about.

“It’s a cop-out, I feel like. It’s an easy thing to do, cause a little controversy, a little friction. In my experiences in the league and going through the troubles I did, I can now see how those stories…for me, it’s never going to affect me, but then, it’s like ‘Does it cause a little friction between you and a teammate who doesn’t necessarily know what it is you’re thinking?’ It’s just done. It’s just time to put it to bed. I’m going to be here.”

RELATED: 3 things to watch for: Cleveland Browns vs. Baltimore Ravens