With the Rams driving inside the Saints 20-yard line, QB Jared Goff was hit and fumbled the ball. Cam Jordan picked it up and raced more than 80 yards for a TD. 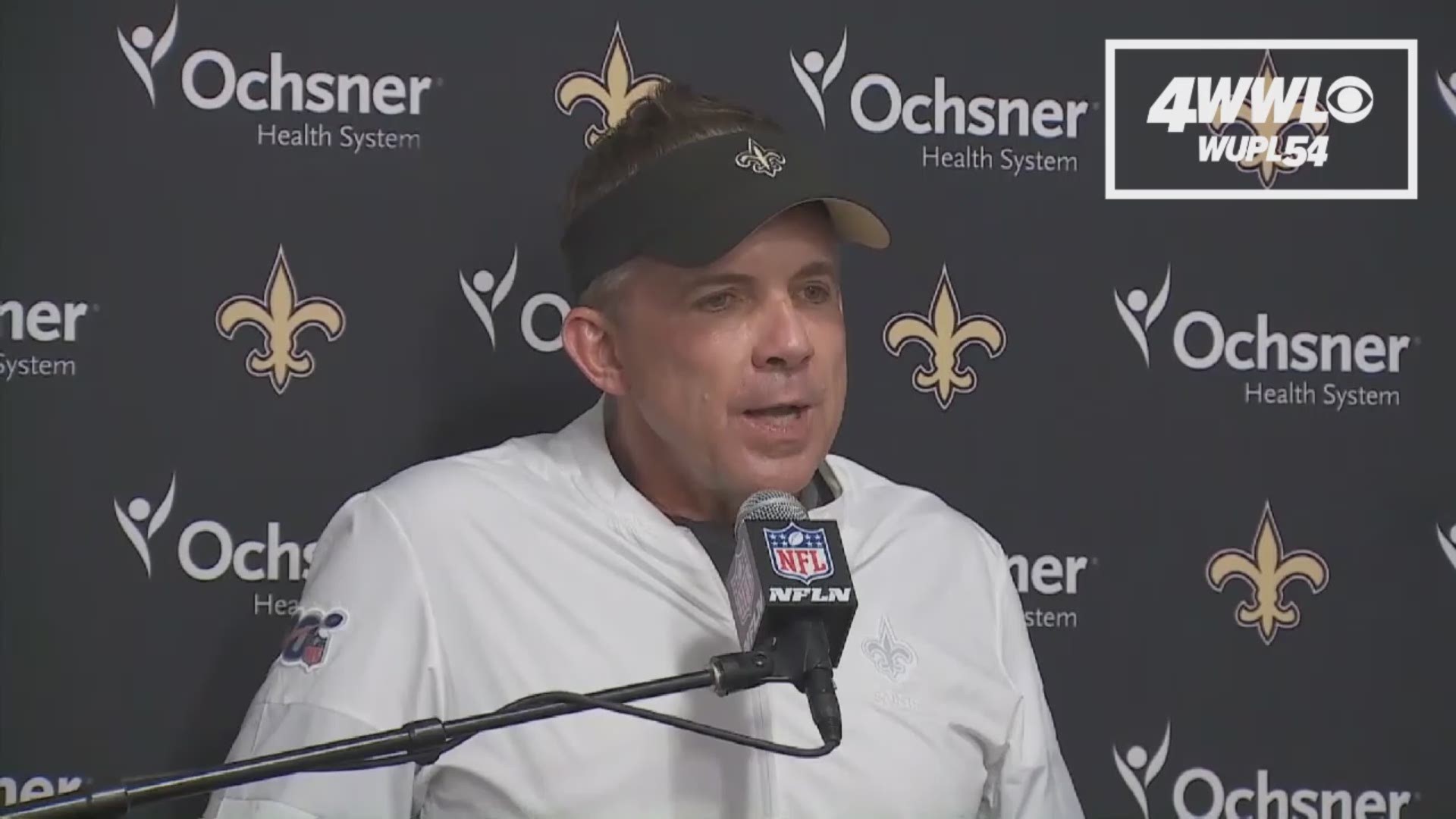 LOS ANGELES — The Saints were robbed of a touchdown because of an official’s call, costing the team badly against the Rams – again.

The Saints eventually lost to the Rams 27-9 in a game in which they played without Drew Brees for more than three quarters due to a thumb injury.

With the Rams driving inside the Saints 20-yard line, Quarterback Jared Goff was hit and fumbled the ball. Cam Jordan picked it up and raced more than 80 yards for an apparent touchdown.

But the officials on the field ruled it an incomplete pass and the whistle blew. After review it was clear that Goff fumbled and that the ball should not have been whistled dead. Instead of a 10-3 lead, the Saints had to settle to remain tied at 3.

FOX sideline reporter Erin Andrews said at halftime that Saints head coach Sean Payton was fuming, "I'm so tired of it, I'm so tired of being on the wrong side of it."

The FOX television crew admitted that the call was blown, even asking how many times the Saints would be on the bad end of a call by the NFL officials, especially against the Rams.

After the game, Payton didn't want to spend too much time on the call, saying that he felt the team was "whipped up front" by the Rams.

"When we get poor officiating or a poor call like that, there's nothing we can do about that."

Jordan, who was denied the 87-yard touchdown, also didn't want to talk too much, but made his feelings clear.

"It's self-explanatory," he said. "I'm sure the NFL will come out with a statement. It was a fumble from the jump. Everyone knew it, everyone was going full out. Well, not everyone knew it."

A non-call of an obvious pass interference and helmet-to-helmet hit in the waning minutes of the NFC Championship game cost the Saints a chance at the Super Bowl.

RELATED: Saints fans out for revenge in Los Angeles and here in New Orleans

The Saints were already struggling in the game, having lost Quarterback Drew Brees to an injured thumb.

FOX’s officiating analyst, Mike Perreria said that officials are trained not to blow the whistle and let the action play itself out, because they can always call it incomplete.