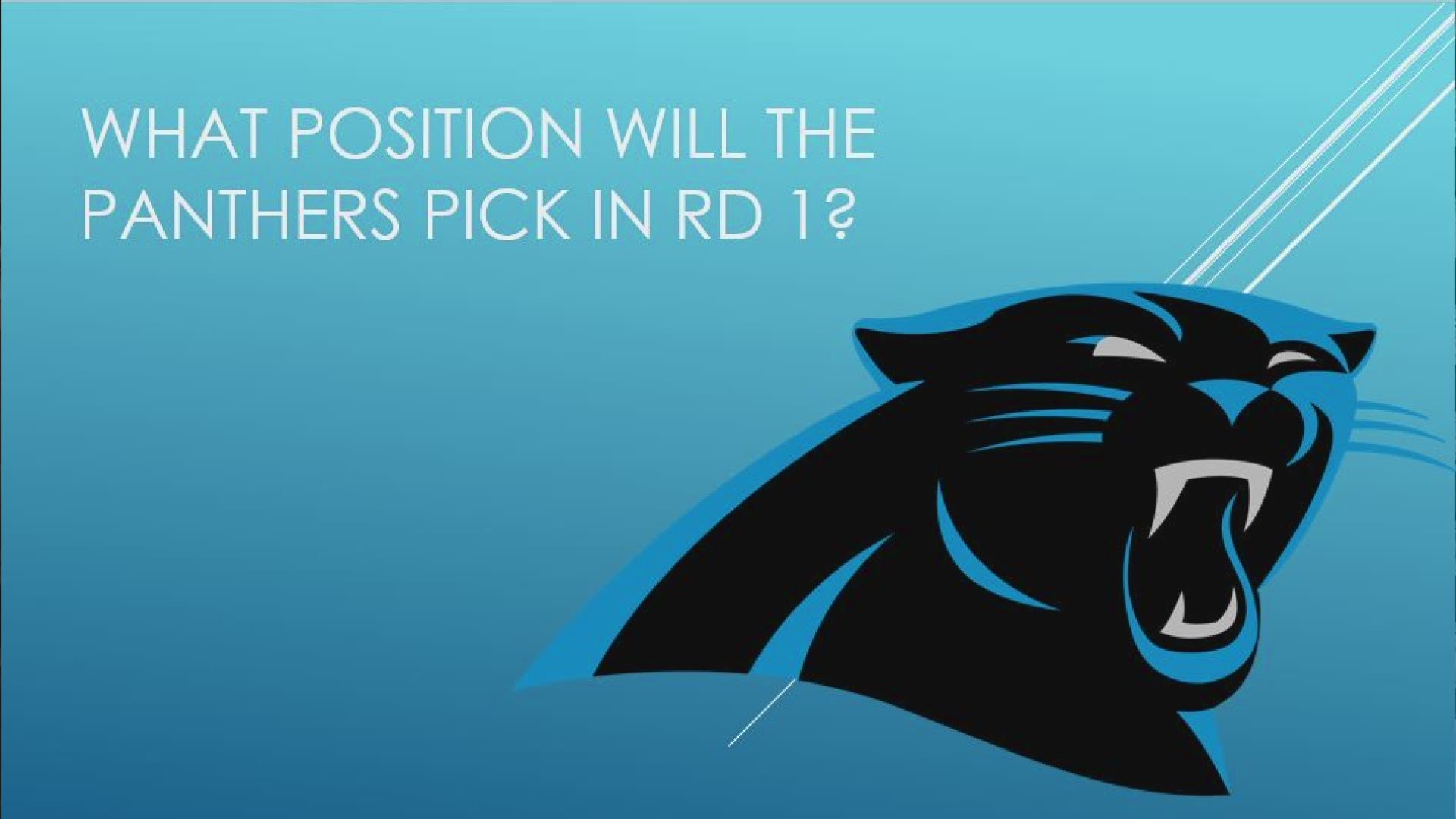 When NFL teams like the Carolina Panthers get to draft night, they've exhausted all resources and research.

They've spent months identifying hundreds of possible selections, interviewing them, hosting them on visits, vetting them, and investigating some of them to create massive and complex war room boards.

I spent an hour or so on a mock draft simulator letting a computer pick for the 31 other teams, and trying to pick the Panthers selections myself -- try it, it's fun!

Safety first. To me, this is the Panthers' most glaring need. Kurt Coleman was cut after a rough season by his standards but was still a consistent presence on the field and in the locker room. Free agent signee Da'Norris Searcy hasn't been a consistent starter in the NFL. Carolina needs someone to come in, start immediately, and have an impact for years to come. The safety class is nice, and if Reid is available the Panthers should take him to compete against NFC South QBs for years to come.

SCOUTING REPORT: "Reid's instincts and play traits should make him a safe selection with Pro Bowl potential down the road." - Lance Zierlein/NFL.com

After cutting Jonathan Stewart, Carolina is counting on Cameron Artis-Payne to be the bell cow paired with Christian McCaffrey. While I like CAP and believe he could be that guy, it makes sense to have another guy in the mix. Michel is speedy, but can also pack a punch and run up the middle. He's a decent pass catcher, but has a good foundation in pass protection. Recent reports say Michel could be available here because of some injury concerns.

SCOUTING REPORT: "His size, pass protection and ability to create yardage make him a natural fit as a future NFL starter." - Lance Zierlein/NFL.com

After picking Michel, I'm giving Cam another potential weapon. Memphis' Anthony Miller has gotten a lot of attention lately — and there's a chance he could go in the second round, but keeping with his underdog story, he falls to the late third. Small but productive, and a ton of fire to bring in to the Panthers' receivers room, which through the additions of Torrey Smith and Jarius Wright, will be extra crowded. But Miller will compete.

SCOUTING REPORT: "Ferocious on every snap. Good downfield speed. Some drop issues. Dynamic after the catch at all levels. High-energy overachiever." - CBS Sports

Credit: USA TODAY Sports Images
SCOUTING REPORT: Thomas is an ascending combination tight end with an ability to become a good NFL starter who can be flexed around the field. -- Lance Zierlein/NFL.com

Many of you stopped reading when you saw that I had not picked South Carolina TE Hayden Hurst in Rounds 1 or 2. I think he's a solid player, but I felt the Panthers needed to go elsewhere in Round 1, and he probably wouldn't be available that late in Round 2.

So here's where I take a tight end. From all accounts, Thomas already has an NFL body, decent hands and a high ceiling. He's also apparently very eager to learn, and that's just what he'll do playing alongside Greg Olsen.

SCOUTING REPORT: Thomas is an ascending combination tight end with an ability to become a good NFL starter who can be flexed around the field. -- Lance Zierlein/NFL.com

Credit: USA TODAY Sports Images
&quot;Will Clapp has an NFL frame. He is a tough run blocker at the point of attack and reliable in pass protection.&quot; - WalterFootball.com

The Panthers believe they can patchwork the loss of All-Pro guard Andrew Norwell with a variety of versatile reserves from last year. I believe they add one more here in Round 5, and totally buy arguments for taking a guard earlier. Carolina will like his flexibility between center and guard, his intelligence and his strength and size (6-5, 311 lbs).

SCOUTING REPORT: "Clapp has an NFL frame. He is a tough run blocker at the point of attack and reliable in pass protection." - WalterFootball.com

It's been a bit of a debacle at CB for the Panthers this offseason. They (smartly) traded Daryl Worley to acquire WR Torrey Smith. But then free-agent signee Bashaud Breeland failed his physical. Carolina scooped up Charlotte native Ross Cockrell who had three interceptions for the Giants last year. They've got Kevon Seymour, Corn Elder, Captain Munnerlyn and Zack Sanchez, but I think they take another one here to compete for depth special teams time.

Facyson is a big corner (6-2), a smart player and gets to the ball, and the ball carrier.

Credit: USA TODAY Sports Images
Nic Shimonek scouting report:&nbsp;&quot;Shimonek was the best quarterback prospect at the East-West Shrine and looked worthy of a late-round selection. One general manager told me that Shimonek was, by far, his favorite quarterback there.&quot; - Walter Football

Carolina hasn't drafted a QB since taking Cam Newton, but Marty Hurney mentioned Tuesday that it's good to take one and develop him for yourself, or as a somewhat valuable trade piece. Plus Derek Anderson remains unsigned. I'm not saying Shimonek is the backup, but he's got some nice tools, size (6-3, 225 lbs.), a nice arm, and some mobility. He sat behind Kansas City Chiefs QB Pat Mahomes at Texas Tech and was benched late in the 2017 season, but some think he could make a roster and stick.

Oh, also, it's a good thing Jerry Richardson won't (likely) be his boss for too long, because this young man likes the tattoos.

SCOUTING REPORT: "Shimonek was the best quarterback prospect at the East-West Shrine and looked worthy of a late-round selection. One general manager told me that Shimonek was, by far, his favorite quarterback there." - Walter Football

A highly-productive college career, and 6-4, 265-pound frame could get Lawler a look from someone in the 7th round. The Panthers have a healthy defensive front, and some young guys pushing their way forward in the room, but you can never have too many pass rushers in the building. 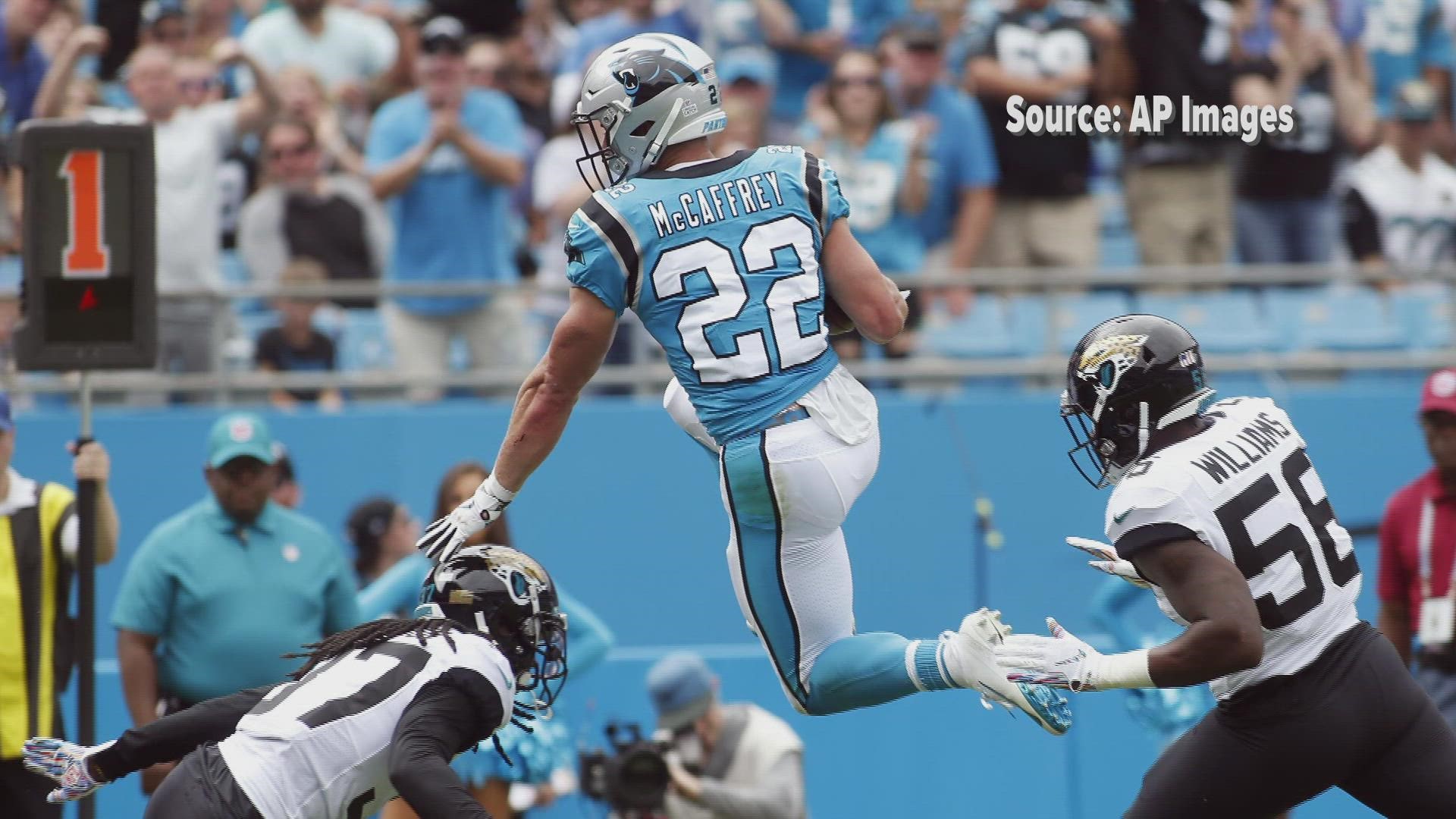