The Panthers (1-1) struggled mightily on offense without Cam Newton, who didn't play for the second straight week. 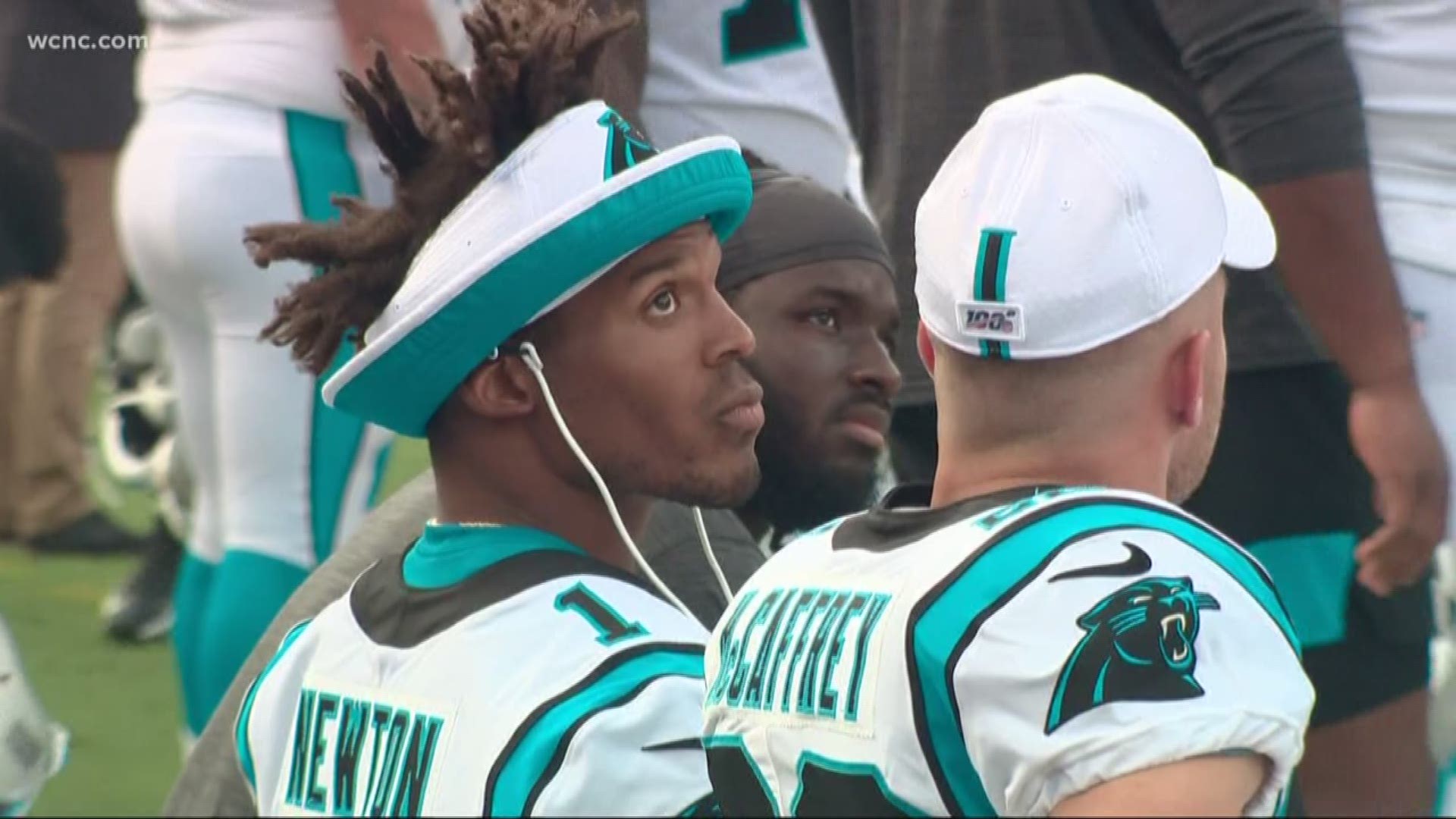 Allen, who was 5-6 as a rookie starter last season, led a 13-play, 63-yard drive that culminated in a field goal, and a touchdown drive capped by a 1-yard run by LeSean McCoy to put Buffalo (2-0) up 10-0 early before exiting the game.

Five of Allen's completions went to Cole Beasley for 54 yards.

The Panthers (1-1) struggled mightily on offense without Cam Newton, who didn't play for the second straight week.

Buffalo's defense held Carolina to 132 yards in the first half after spending two days facing the Panthers in joint practices earlier this week. The Panthers didn't help themselves with five holding penalties before halftime.

Panthers coach Ron Rivera said Wednesday all of his regular starters would play, but reversed course and rested several of his star players, including running back Christian McCaffrey, tight end Greg Olsen, and linebackers Luke Kuechly and Shaq Thompson.

Kyle Allen got the start for the Panthers for the second straight game and was ineffective, completing 4 of 11 passes for 32 yards while playing into the second quarter.

Rookie Will Grier, the team's third-round draft pick, had a rough start, throwing his second pass into double coverage near the sideline, resulting in a pick-6 for Johnson, who made it 17-0 with 7:20 left in the second quarter.

Panthers: visit the New England Patriots on Thursday night in what could be Newton's first action of the preseason.

"Roll everything you can" | First moments of Dale Earnhardt, Jr. plane crash

Mary Jo's in Gastonia closing at end of August