'I think sometimes you just need a restart, a refresh' | Panthers part ways with GM

Hurney began his second stint as Panthers general manager in 2017. He helped build two teams that made Super Bowl berths in Carolina. 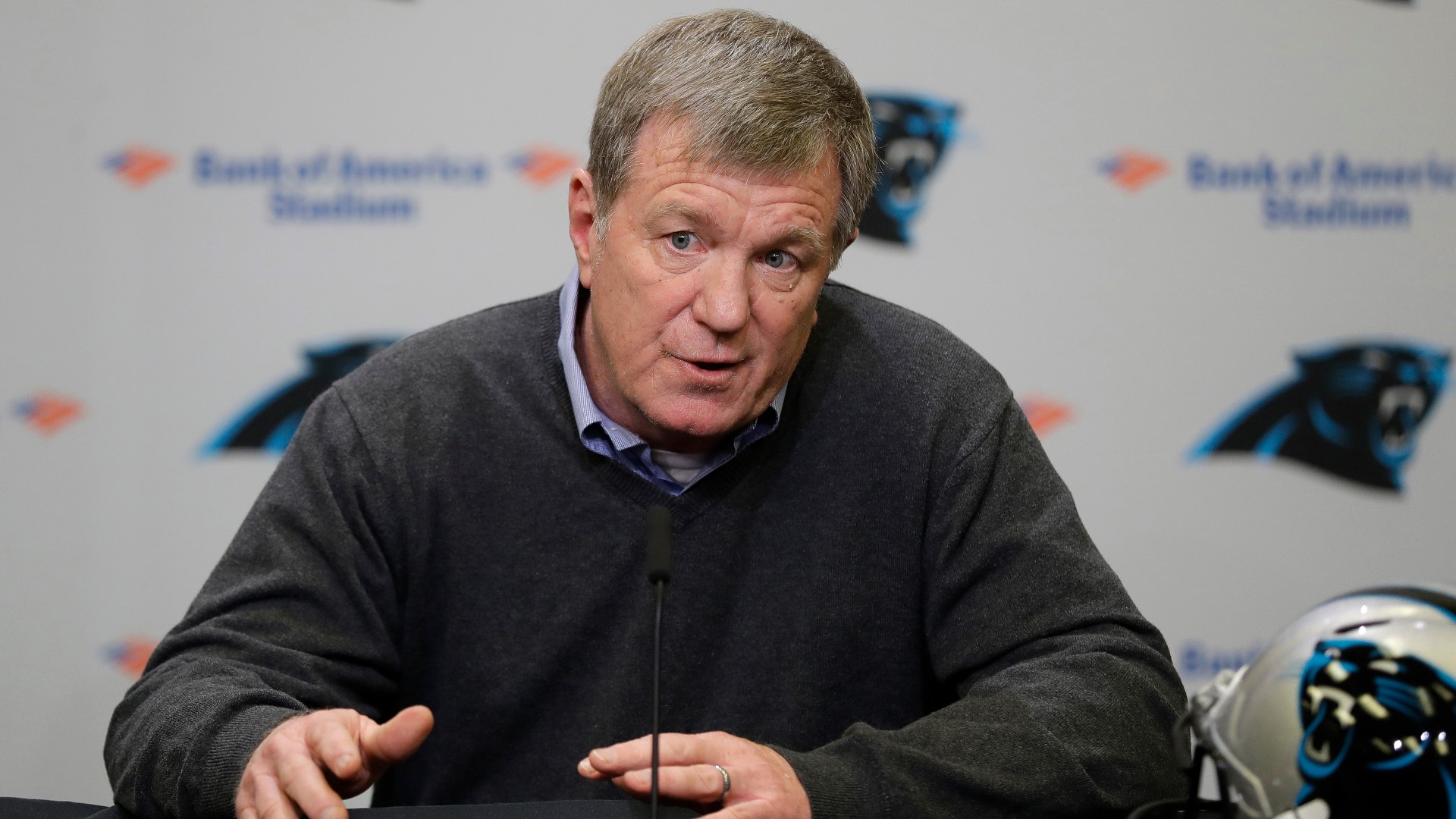 Hurney's contract initially ran through June 2, 2021. He has been the team's general manager since 2017, when he replaced Dave Gettleman.

“I notified Marty that we would not be extending his contract beyond the 2020 season,” Panthers owner David Tepper said. “This was a difficult decision. Marty has been a valuable member of our franchise and there is no way to convey my level of respect for him. We sincerely appreciate his hard work over 19 seasons and wish him well moving forward.”

Tepper told Panthers.com he and Hurney had different ideas about the team's future and felt it was time to make the change.

The search for Hurney's replacement will begin immediately with input from head coach Matt Rhule.

“I want to thank Dave and Nicole for the opportunity to be a part of this organization over the last three seasons,” Hurney said. “I have a great relationship with Matt and everybody in the building. I believe this team is well-positioned for the future and wish Matt, the players and the entire organization all the best.”

"You look at successful organizations, and there's a certain alignment between the head coach and the GM," Tepper said. "To think that you can do that without some sort of alignment is nuts. So to not have a head coach with some input into that is stupid. I don't want to be stupid, OK?"

The Panthers fell to 4-10 after Saturday night's loss at Green Bay. The Panthers have struggled without star running back Christian McCaffrey, who last played Nov. 8 at Kansas City.

Hurney has served as the Panthers general manager over two stints with the team (2002-12, 2017-20). Under Hurney, the Panthers made four playoff appearances, won two division titles and played in one NFC Championship, resulting in a trip to Super Bowl XXXVIII.