'I'm doing the best I can to plan the unplannable,' Mick Mixon to retire from Panthers Radio Network

After nearly two decades of calling games for the Carolina Panthers, the 2021 season will be Mick Mixon's last as he is set to retire. 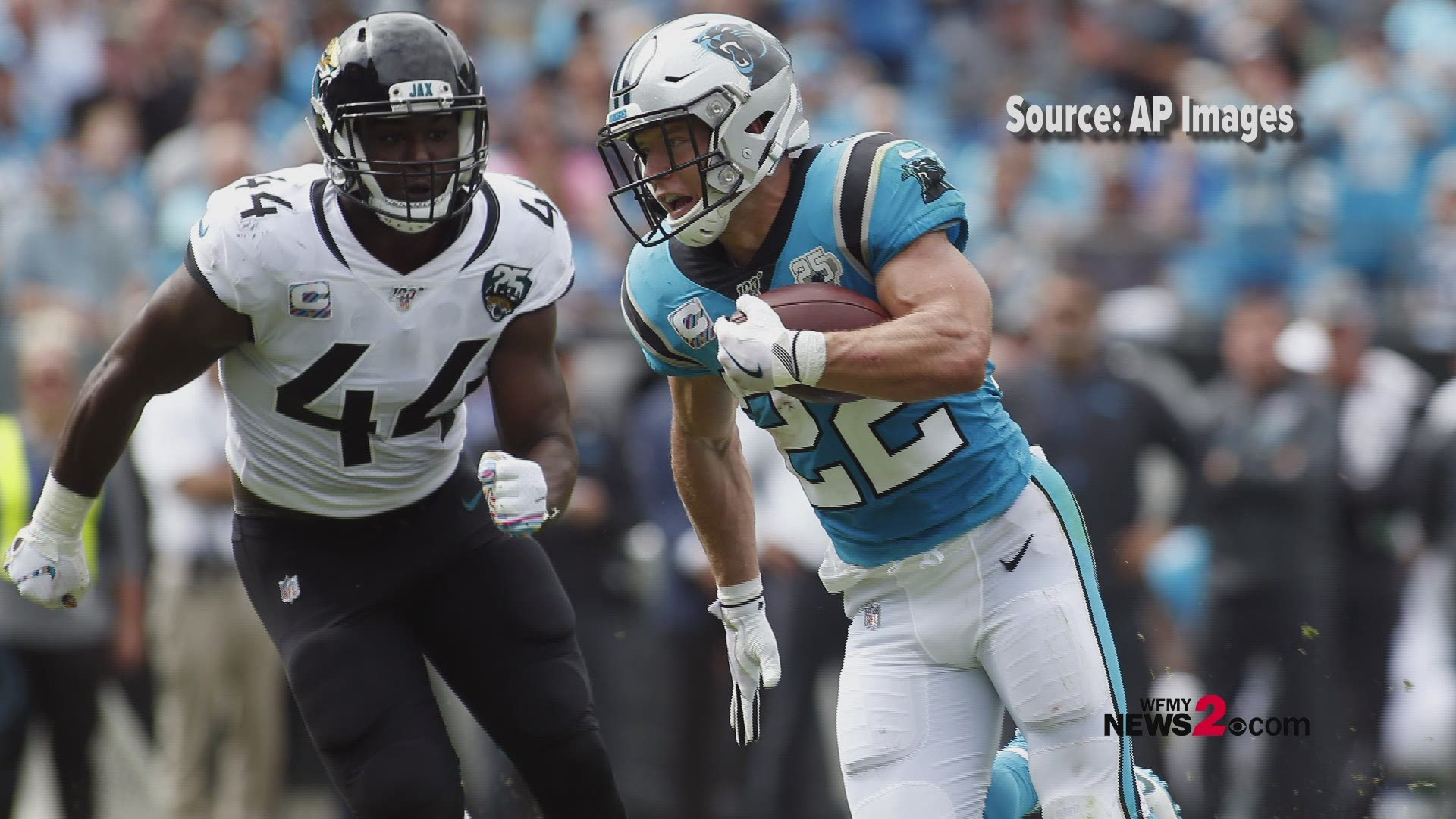 CHARLOTTE, N.C. — "Ever since I was a little Micky Mixon growing up in Chapel Hill, all I ever wanted to be was a sports broadcaster," Mick Mixon, the voice of the Carolina Panthers Radio Network, said.

After what will be 17 seasons in the booth for the Panthers, Mixon will retire after the upcoming 2021 season.

"I know I'll miss that alluring intoxicating feeling of a game," Mixon said. "That the Panthers placed their faith and trust in me to do this for 17 seasons, this is one of the great joys, great honors of my life."

Mixon said he didn't want to retire after the COVID-19 NFL season, as that would have likely left a sour taste in his mouth. Instead, Mixon will spend one final season calling games for the Panthers Radio Network.

"I just cannot wait to get on the air with my colleagues and connect Panthers fans with this team," Mixon said. "It'll be a special group. Then beyond that, I am fired up about retirement, and I will be 63 in October."

While Mixon is truly living out his childhood dream in the broadcast booth, he also has an itch for something else outside of Bank of America Stadium.

"It's like a drug getting on an airplane with an NFL team. I am addicted to that," Mixon exclaimed. "But also, I've always loved the country. For 50 years, I've thought, that's what you want to try to get to."

Mixon and his wife Dawn bought a 1910 farmhouse in Alamance County and plan to firmly plant their roots once the 2021 season comes to an end. The Mixons worked on a two-year project, refurbishing their new home. The same home that belonged to Dawn's mother's cousin.

"I felt like the universe was saying 'this would be a good spot right here, try to buy this house,'" Mixon said.

The change of pace from Charlotte to the stillness in the country might deter some, but not for Mrs. Mixon.

"I love that we don't hear traffic buzzing by," Dawn said. "I love that we can hear the crickets and frogs at night. It's very different from city life."

It's a new chapter and change of pace both are ecstatic to welcome into their life.

"We both have worked hard and it's been our dream and we're this close to living it," Mrs. Mixon said. "I think we have talked every day since the end of July in 2009, so we've made it work."

Mixon shared retirement has a special meaning to him because both of his parents never had the chance to relish that stage of life. Both his mother and father passed away in a commercial airline crash in Sioux City, Iowa, in 1989.

"Who you are should not be what you do," Mixon said. "Ever since I was a kid, I've always known I wanted to save some time for being in my garage, being in a workshop."

There is more than meets the eye or ear with Mick Mixon. In fact, a tractor and 60 acres of land on his property are calling his name.

A picture-perfect scenario for Mick once he retires? Mowing in his John Deere tractor. A lot and lot of mowing.

"I've been a little bit concerned if he really knows what he's doing on the tractor," Dawn said. "So I will look out there every now and then to make sure it hasn't turned over or he hasn't driven it into the pond. But I am just glad that he likes doing all that so I don't have to do it."

Mixon said he has always loved the outdoors, hopping in the tractor, which takes him to his happy place. A sea of green the voice of the Panthers cannot wait to be more acquainted with, in the latter half of 2021.

"Sometimes I wake up and look outside. Do I live here?" Mixon said. "Have I dreamed this? We're just getting started."

But before he does, Mixon has one final season to call and he plans to make it the best one yet before his final walk into the sunset.