According to the Carolina Panthers, retired linebacker Luke Kuechly is taking a front office position on the scouting staff. 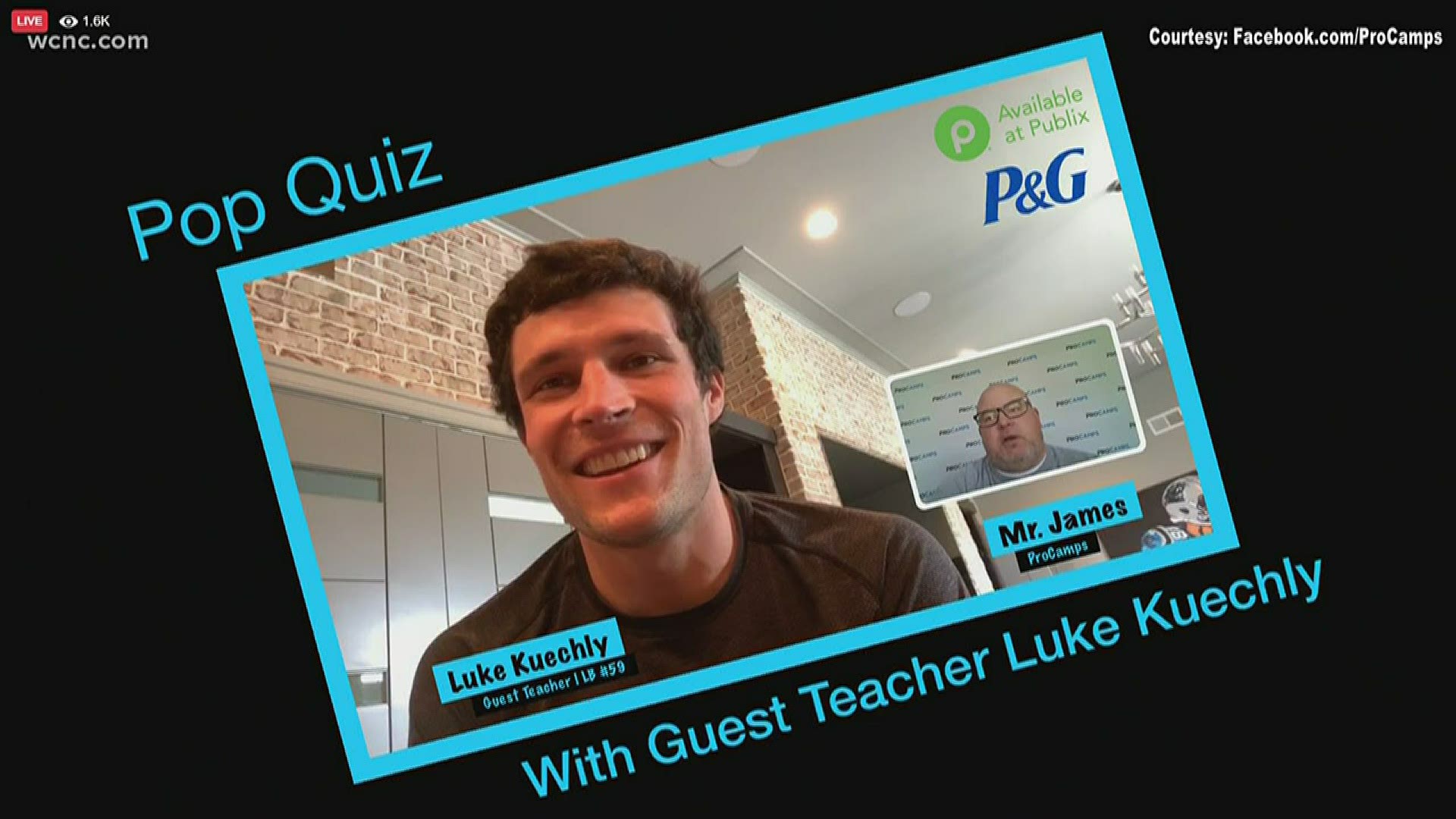 CHARLOTTE, N.C. — Luke Kuechly's days of running the Carolina Panthers defense from the field are over, but the recently retired linebacker is now joining the team's staff.

According to a report from the Panthers' team site, Kuechly is taking a position in the front office as a pro scout. Kuechly abruptly announced his retirement after the 2019 season after a series of injuries, including multiple concussions.

In eight seasons with the Panthers, Kuechly was among the NFL's best defenders, making the Pro Bowl seven times and earning first-team All-Pro status five times.

Earlier this year, Kuechly was a guest teacher for Charlotte-Mecklenburg Schools students.

Class included a pop quiz, but it wasn't just for the students Luke was put on the spot too.

"I was getting nervous there for a second," Kuechly said.

The pop quiz was followed by a Q&A with students and Kuechly. Then it was time for Luke to present his lesson, which was on staying active during the COVID-19 shutdown.