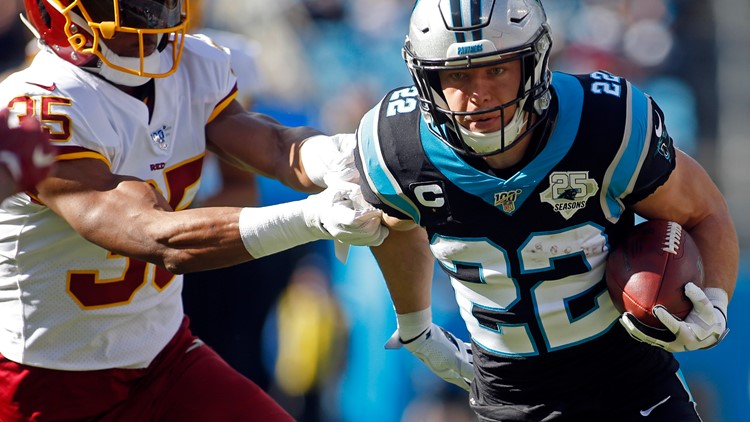 CHARLOTTE, N.C. — Christian McCaffrey's versatility and superb statistics helped him make The Associated Press NFL All-Pro Team at two positions. The Carolina Panthers running back rushed for 1,387 yards and 15 touchdowns while catching a phenomenal 116 passes for 1,005 yards and four TDs.

He became the third player in NFL history to finish with 1,000 yards rushing and 1,000 yards receiving in the same season, joining Hall of Famer Marshall Faulk and Roger Craig. McCaffrey was picked as the top running back and the top flex player.

Meanwhile, linebacker Luke Kuechly was named to the All-Pro second team. Kuechly has been a first-team honoree five times previously. Below is a complete list of the club's first-team All-Pro selections.