In his own words, Greg Olsen reveals his perspective the moment the Panthers decided to 'mutually part ways.' 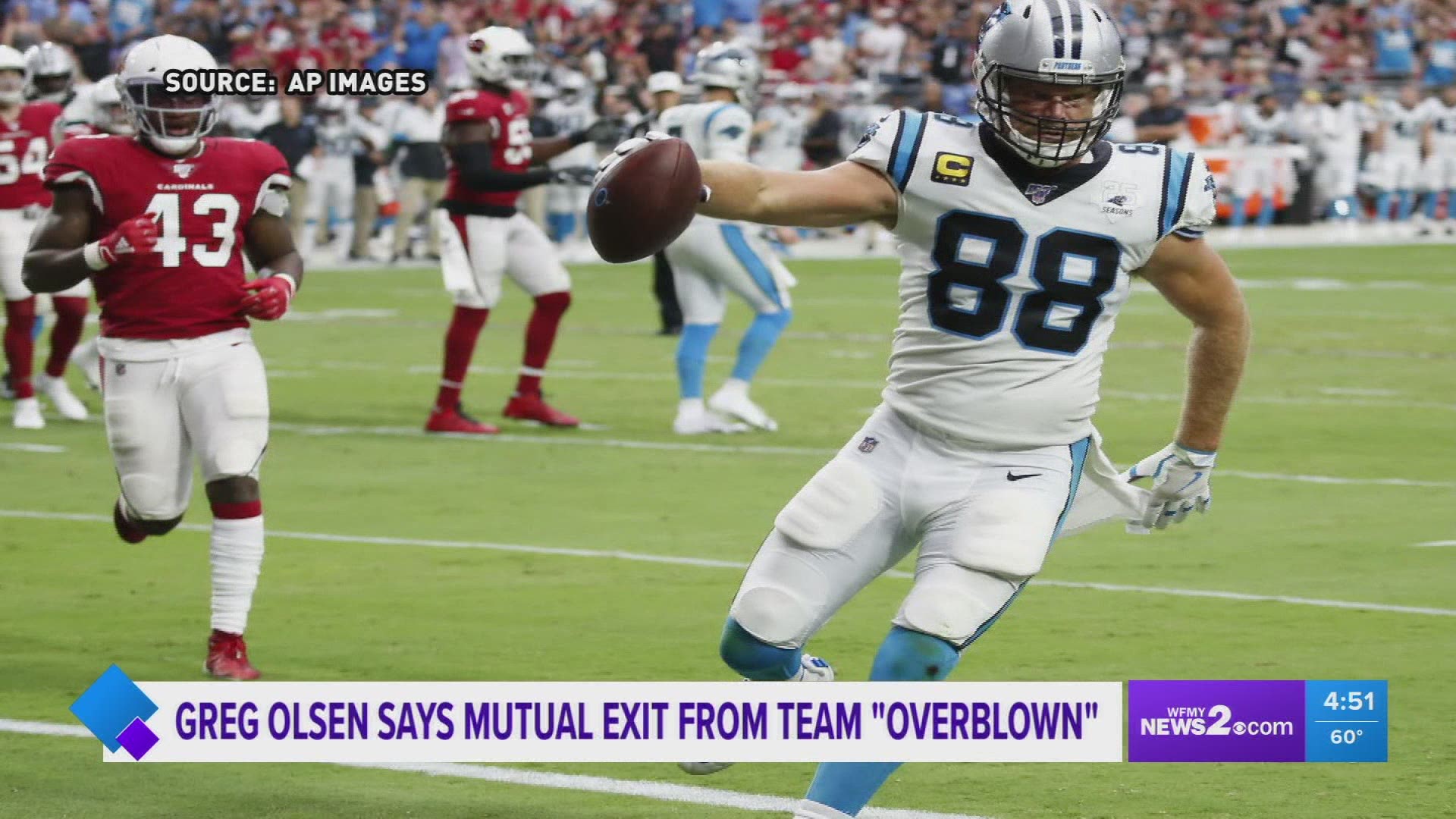 CHARLOTTE, N.C. — On January 30th, the Carolina Panthers announced the franchise and longtime tight end Greg Olsen were "mutually parting ways." Olsen seemed at peace with the news, shortly announcing afterward his stance with the decision.

"Today, I had the opportunity to sit down with (general manager) Marty Hurney and have a great conversation regarding my future with the organization. The team and I are both on the same page that it is best we go in different directions for now," Olsen said in a released statement. "On the field, I will always cherish the nine seasons we shared together. The wins, the losses, standing at midfield holding the Halas Trophy as NFC champs. The reality of going to the Super Bowl was beyond words, as was the disappointment of falling short."

But Olsen recently revealed the decision wasn't exactly a mutual one. The veteran tight end, who spent the last 9 seasons with the Panthers, discussed his perspective Tuesday on WFNZ's "Wilson & Parcell" show.

Olsen said he would have stuck around had the team kept the door open for a potential return for the 2020 season.

“I told them all along that if they wanted me back obviously I would have been back,” Olsen said. “The ‘mutually parting’ might have been a little bit overblown. The reality is, they weren’t going to bring me back at my current contract, and with my age, and with the direction of the team. I understood it, but I didn’t force my way out of here.”

Olsen's departure further shows the team is headed in a different direction, more specifically a rebuild, under new coach Matt Rhule. Regardless of what was said in the conversation between Hurney and Olsen, he is no longer with the franchise and is currently exploring other options with both the Redskins and Bills.