The trip to London was well worth this WIN for the Panthers! 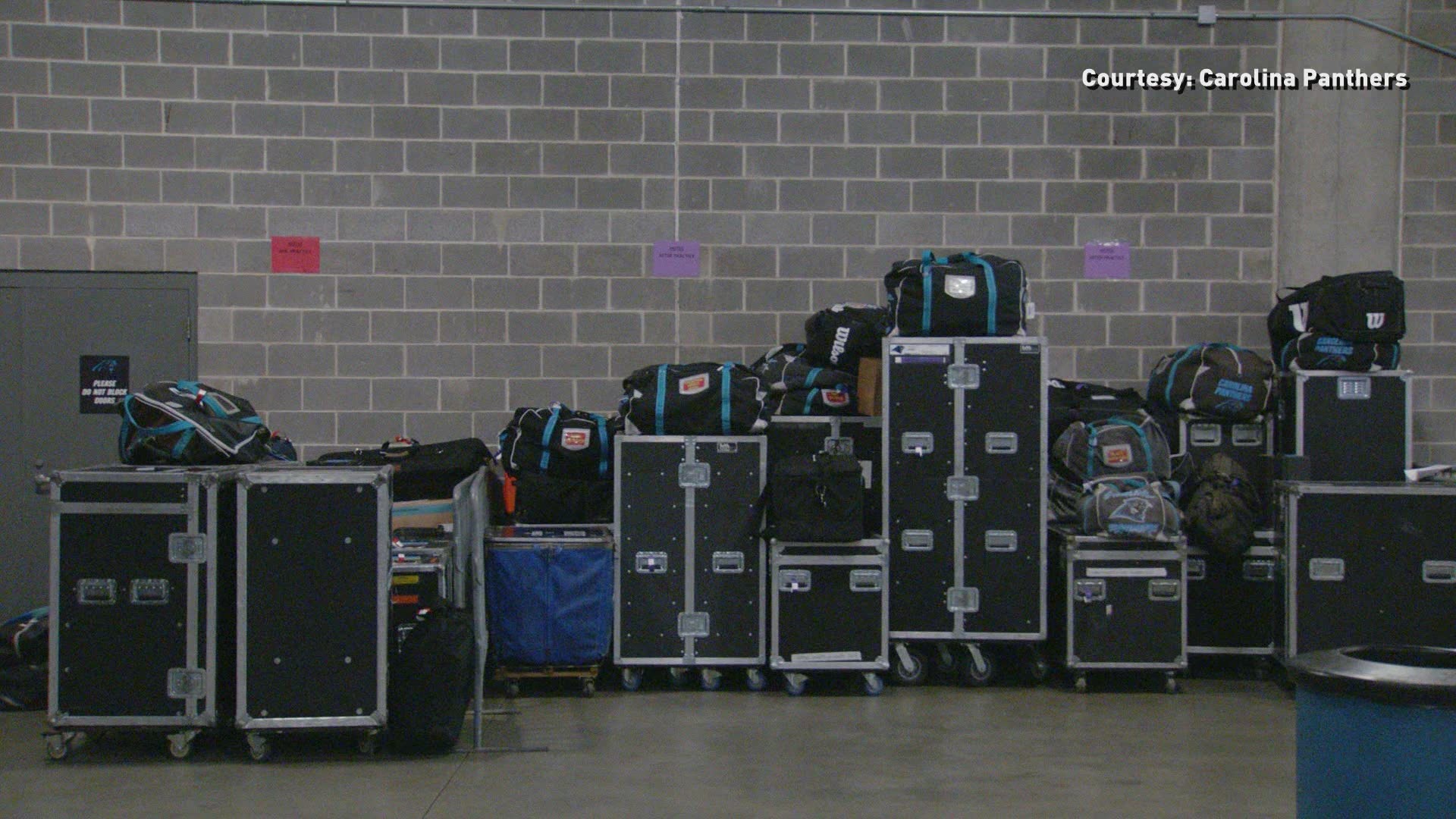 LONDON, England — The Carolina Panthers and Tampa Bay Buccaneers got the NFL off to an early start with their meeting in London.

The two NFC South rivals are playing Sunday at Tottenham Hotspur Stadium in the second of four games this season in London.

Carolina made defensive Efe Obada an honorary captain for the game. The Nigeria native arrived in England as a 10-year-old after being trafficked with his sister from the Netherlands. Now he's back here as an NFL player and a star attraction after first picking up the sport of American football at age 22.

This marks the Panthers' first regular-season game outside the United States. That leaves the Green Bay Packers as the only team not to have played an International Series game.

Christian McCaffrey scored two touchdowns and Carolina turned five interceptions by Jameis Winston into 17 points to give the Panthers their fourth straight victory, 37-26 over the Tampa Bay Buccaneers on Sunday.

After starting the season with two straight losses with hobbled Cam Newton at quarterback, the Panthers (4-2) have been on a roll with Kyle Allen at quarterback thanks to McCaffrey's big plays and an opportunistic defense that had a franchise record-tying seven takeaways on the day.

Both of those factors came up big on Carolina's first trip to London in front of a large contingent of Panthers fans for what was designated as a home game for the Bucs (2-4).

James Bradberry intercepted Winston on the first play from scrimmage to set up a field goal to set the tone for the game. Bruce Irvin then forced a bad throw by Winston in the second quarter that Javien Elliott intercepted . That led to McCaffrey's dazzling 25-yard touchdown catch that featured him juking Vernon Hargreaves III and stiff-arming Devin White on his way into the end zone.

In between those two scores, McCaffrey capped a 99-yard drive with a 1-yard run on fourth down, giving him five TDs the past two weeks.

The Panthers took advantage of Tampa Bay's banged-up line that forced the Bucs to use backups Earl Watford and Josh Wells on the right side to harass Winston all day. They sacked him seven times, hit him to help force two of the interceptions and forced fumbles on successive plays late in the second quarter, including a strip sack by Vernon Butler that Irvin recovered.

It was part of a disturbing pattern for Winston throughout his career He has five games with at least four turnovers, while no other player has more than two of those games since Winston entered the league in 2015. Winston had five turnovers in all, giving him an NFL-worst 86 in the past five seasons.

Winston did most of his damage after the game got out of hand late, throwing for 400 yards with a 10-yard TD pass to Cameron Brate in the fourth quarter that gave him 100 touchdown passes in his career. Curtis Samuel added two second-half TDs, scoring on an 8-yard end-around and a 13-yard pass from Kyle Allen.

Allen finished 20 for 32 for 227 yards, two TDs and no interceptions to improve to 5-0 as a starter in his career.

There was a rare play at the end of the first half when the Panthers called for a fair catch at the 50 with 1 second left. Coach Ron Rivera opted to try a free kick for a field goal. Joey Slye got the opportunity to kick from the 50 with no rush as the Tampa Bay players were required to remain 10 yards back. The kick went wide right.

Panthers defensive tackle Gerald McCoy had a big game against his former team. McCoy had 2½ sacks, deflected a pass at the line of scrimmage and had one tackle for loss.

RELATED: Pounding All The Way To London: Panthers Set For First-Ever Overseas Game Against Buccaneers