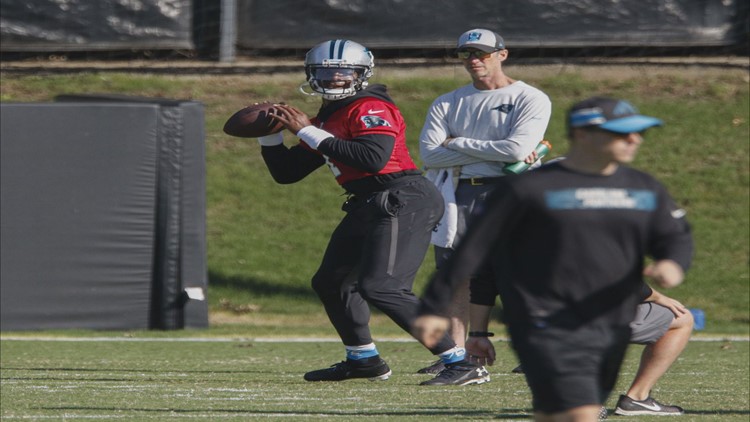 CHARLOTTE, N.C. (AP) - The Panthers are placing an emphasis on Cam Newton's throwing mechanics as the quarterback continues his recovery from arthroscopic surgery on his right shoulder.

Newton threw about 20 passes to stationary targets on the first day of minicamp Tuesday.

Newton has done some light throwing before, but these were his first tosses in front of reporters since undergoing surgery in January. The team live-streamed the event, but there wasn't much to see.

He did not participate in team drills.

Panthers coach Ron Rivera said the goal is for Newton to return to using the mechanics he displayed early in the 2018 season before developing shoulder soreness and missing the final two games.