Carolina is using the free-agency period to address several needs. 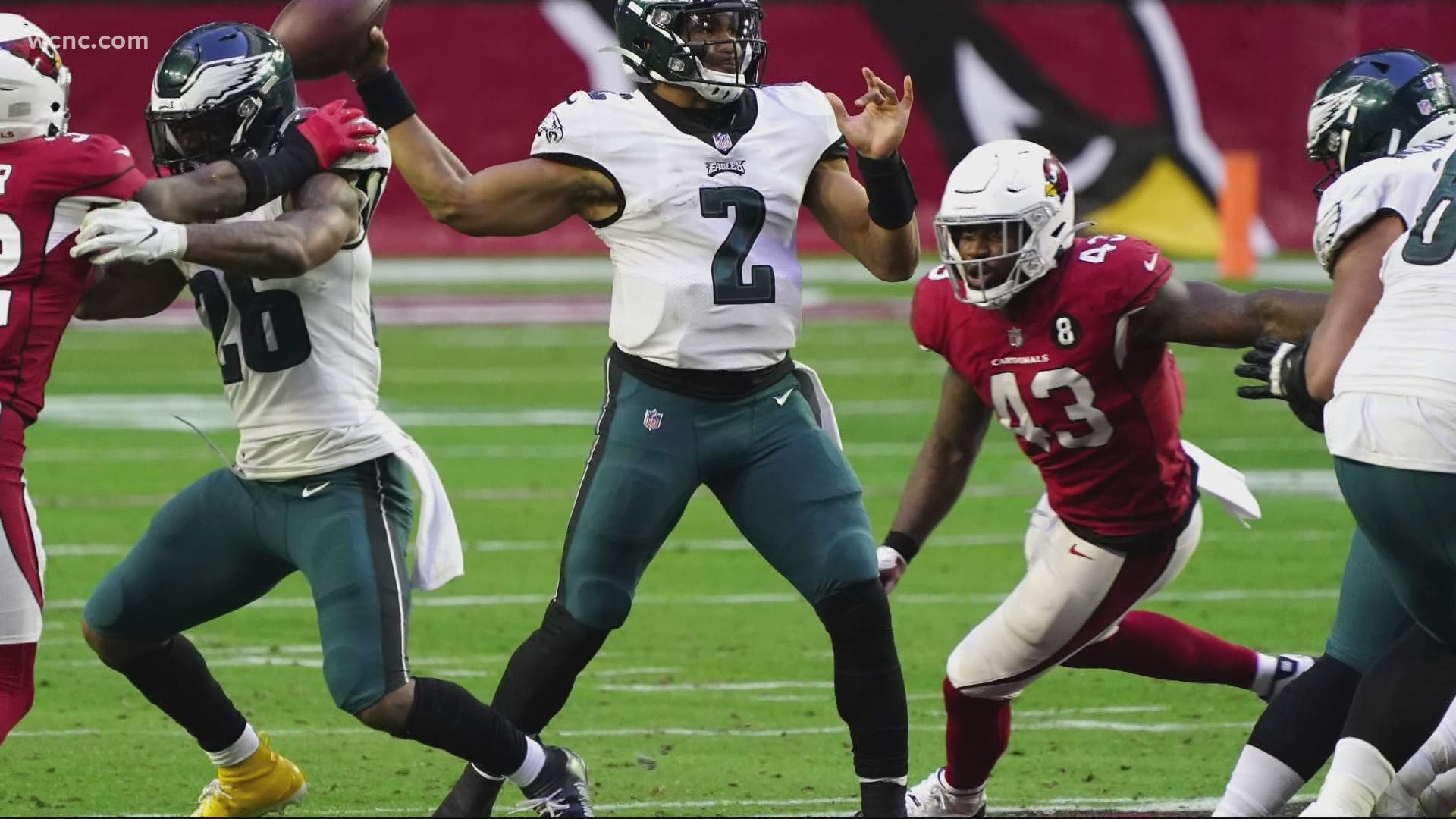 That meant teams and players could work out deals, but no signings or announcements are allowed until the period officially opened up.

We are tracking the free-agent signings for the Carolina Panthers here.

He has never kicked in the NFL.

Carolina re-signed guard John Miller, who started 14 games for the Panthers in 2020.

On Friday the Panthers signed tight end Dan Arnold, who caught 31 passes for four touchdowns and 438 yards for the Arizona Cardinals in 2020.

#Panthers sign TE Dan Arnold who had over 400 yards receiving last year which is about 4x as many as any Carolina TE did. https://t.co/FdT6EnoKot

Arnold worked with offensive coordinator Joe Brady when both were in New Orleans.

Carolina GM Scott Fitterer, who came from Seattle, made a call to former Seahawks WR David Moore, signing him to a deal on Thursday.

The Panthers also announced the signing of CB Rashaan Melvin on Thursday.

Carolina will be the tenth team for the 31-year-old, who opted out of the 2020 season due to COVID-19 related reasons.

Melvin was released by the Jaguars on Wednesday.

So far the biggest move for the Panthers came in the early evening on Wednesday, when NFL Network's Ian Rapoport reported Carolina was going to sign LB Haason Reddick.

Reddick, 26, was the Arizona Cardinals first-round pick in 2017.

He posted his best-career season in 2020 with 12.5 sacks and six forced fumbles.

Carolina will also reportedly sign inside linebacker Denzel Perryman. The 28-year-old has spent all six of his NFL seasons with the Chargers, starting six games in 2020 and 10 in 2019.

Samuel scored 19 total touchdowns and gained over 2,500 yards from scrimmage in four seasons with the Panthers.

Good for Manhertz. Going to be tough for #Panthers to lose his blocking. Easy to take for granted. Big void at this position now bigger. https://t.co/FYy70lRzuk

Manhertz spent five seasons with Carolina, catching just 12 passes and one touchdown (from Christian McCaffrey on a trick play), but was a key player in the Panthers pass and run block schemes.

According to people familiar with the situation, the Carolina Panthers addressed their offensive line of the first day of the NFL’s “legal tampering” period, agreeing to terms with free-agent offensive linemen Pat Elflein and Cameron Erving.

Carolina addressing its offensive line today. Erving started at LT for half a season during the Chiefs SB run in 2019. @wcnc https://t.co/a5jbNgqaLs

The people spoke to The Associated Press on Monday on condition of anonymity because the deals won’t become official until the league's business year begins Wednesday. Elflein received a three-year, $13.5 million deal with $6 million guaranteed, while Erving agreed to a two-year, $10 million contract with $8 million guaranteed.