Now that the Carolina Panthers locked down Christian McCaffrey and added Teddy Bridgewater, who will they take with the seventh overall pick in the NFL Draft? 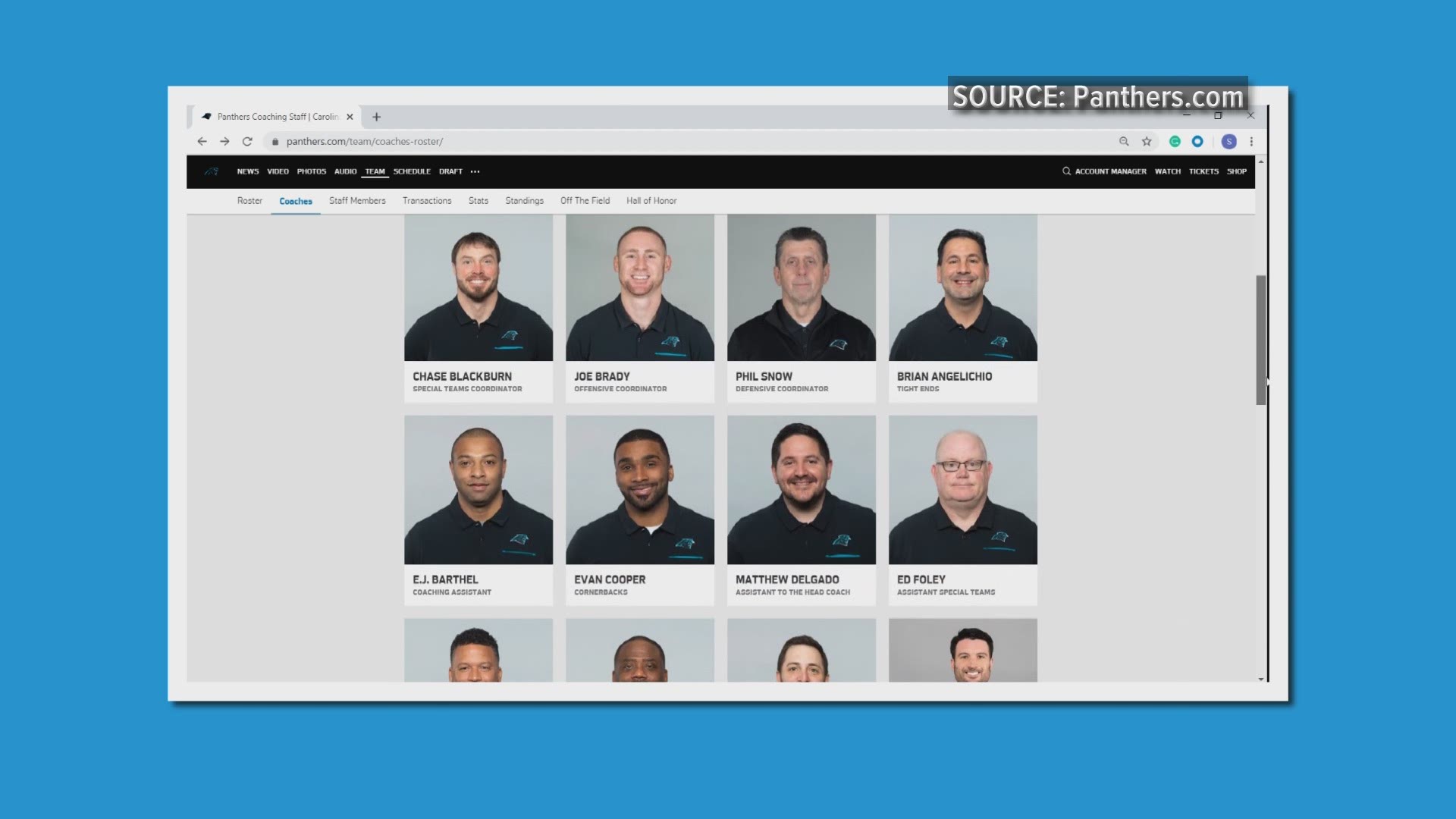 CHARLOTTE, N.C. — The Carolina Panthers own the seventh overall pick in this week's NFL Draft.

With the team having already addressed quarterback with the signing of Teddy Bridgewater, there are still questions surrounding the defensive line and offensive line. WCNC Charlotte's Nick Carboni expects the team to address those needs in the draft. Here's a look at Nick's mock draft for the Panthers, including another first-round pick out of Auburn.

With Clemson LB Isaiah Simmons likely gone by the time the Panthers are on the clock, and South Carolina DT Javon Kinlaw possibly being a reach at No. 7, the Panthers “settle” for the disruptive Brown. He has tremendous size (6-5, 326 pounds) combined with rare speed and athleticism. He can be plugged in immediately to the Panthers interior defensive line next to KK Short, and swallow up opposing linemen, helping Shaq Thompson and a group of young linebackers. Brown was a leader at Auburn, and can help Matt Rhule set his new culture in Carolina.

Matt Paradis seemed like a good free-agent signing during the 2019 offseason, but had a rough year. He’s still on the books for two more years, in which time the Panthers can groom Cushenberry. He has work to do in terms of technique, and won’t be ready for the athleticism of elite NFL pass rushers right away, but Cushenberry has the tools to become a long-term starter in front of Christian McCaffrey in the run game, and whomever is the franchise QB. His experience centering Joe Brady’s LSU offense is an immediate plus.

A track star, who eventually walked on to the football team, Davis’ athleticism and explosiveness will appeal to head coach Matt Rhule. He’s an unfinished product, but can be used in multiple spots in the defensive backfield, and has potential to be an effective returner as well.

With the departure of Greg Olsen, third-year TE Ian Thomas (the team’s 4th-round pick in 2018), will have a real chance to prove he can be a play-maker. If Thomas’ blocking abilities still aren’t up to speed, Chris Manhertz is there to do the dirty work. Bryant has the potential to be a big playmaker in Joe Brady’s offense down the road, but needs a lot of work, especially when it comes to blocking. And if Thomas doesn’t pan out over the next year or so, Bryant could be good enough to take the role of move tight end.

I’m not sure Lynch will be available here, but if he is Matt Rhule is going to take him. He may even take him earlier. Lynch is a high-ceiling project that Rhule, his coach at Baylor, will absolutely take on. He was Top 10 in the country in TFL (19.5) and sacks (13.5) in Phil Snow’s defense.

The Panthers enter 2019 with a receiving core that’s got some potential, why not add Cephus to the mix. He’s a tough-minded play-maker who will come in accomplished and hungry. He’s the push this group needs, and could provide help down the road, especially in the red zone.

Depth is needed at CB, and the Panthers could add it earlier in the draft, but I have them adding some at the back end. Reid is athletic, smart and competitive, but will be picked on because of his size if put in the wrong situations.

Another corner, and another Baylor Bear. Arnold is not a great athlete, but puts himself in good positions. He also has special teams abilities. Mostly, he’s another guy that can help with culture/playbook under Rhule and Snow.