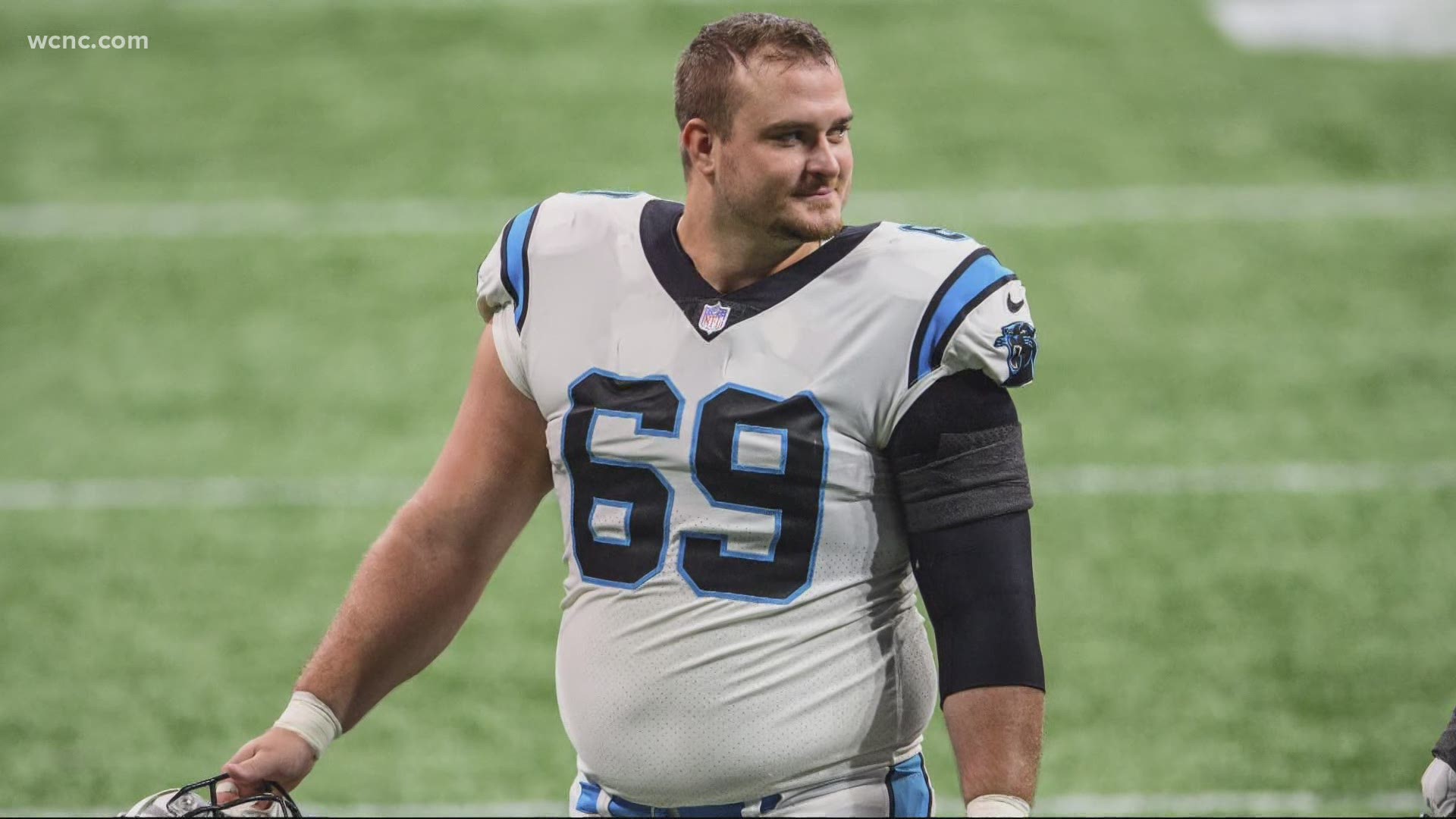 CHARLOTTE, N.C. — Carolina Panthers offensive lineman Tyler Larsen has been placed on the reserve/Covid-19 list.  The team did not say whether Larsen had symptoms of the Coronavirus.

The reserve/Covid-19 list is for players who either test positive for the virus or who have been in close contact with an infected person. Teams cannot disclose if players tested positive or not.

Larsen was put in the game Sunday against the Atlanta Falcons. The team says Larsen played five snaps on special teams during the game.   A player from the Falcons later tested positive for Covid-19.

Larsen is the first Panthers play to be placed on the reserve/Covid-19 list.  It's unclear how long it will be until he returns to practice.

The Panthers' practice facility will continue to operate under the NFL's intensive protocol. Some of those measures include mask wearing for the coaching staff, limits on the amount of players allowed in the weight room and mask requirements in the locker room for all players and staff.

This Sunday's game against the Chicago Bears is still scheduled to kick off at 1 p.m. at Bank of America Stadium.

#Panthers and #Bears still on as scheduled for 1PM Sunday https://t.co/ctT5sAy3aq

The Panthers also announced on Friday that defensive end Yetur Gross-Matos has a high ankle sprain and will not play Sunday.  Gross-Matos injured his ankle during the second half of last Sunday's game against the Falcons.  The team says he will not return for at least three weeks while on injured reserve.