The Panthers open the 2020 season at home against the Raiders under new Head Coach Matt Rhule and company. 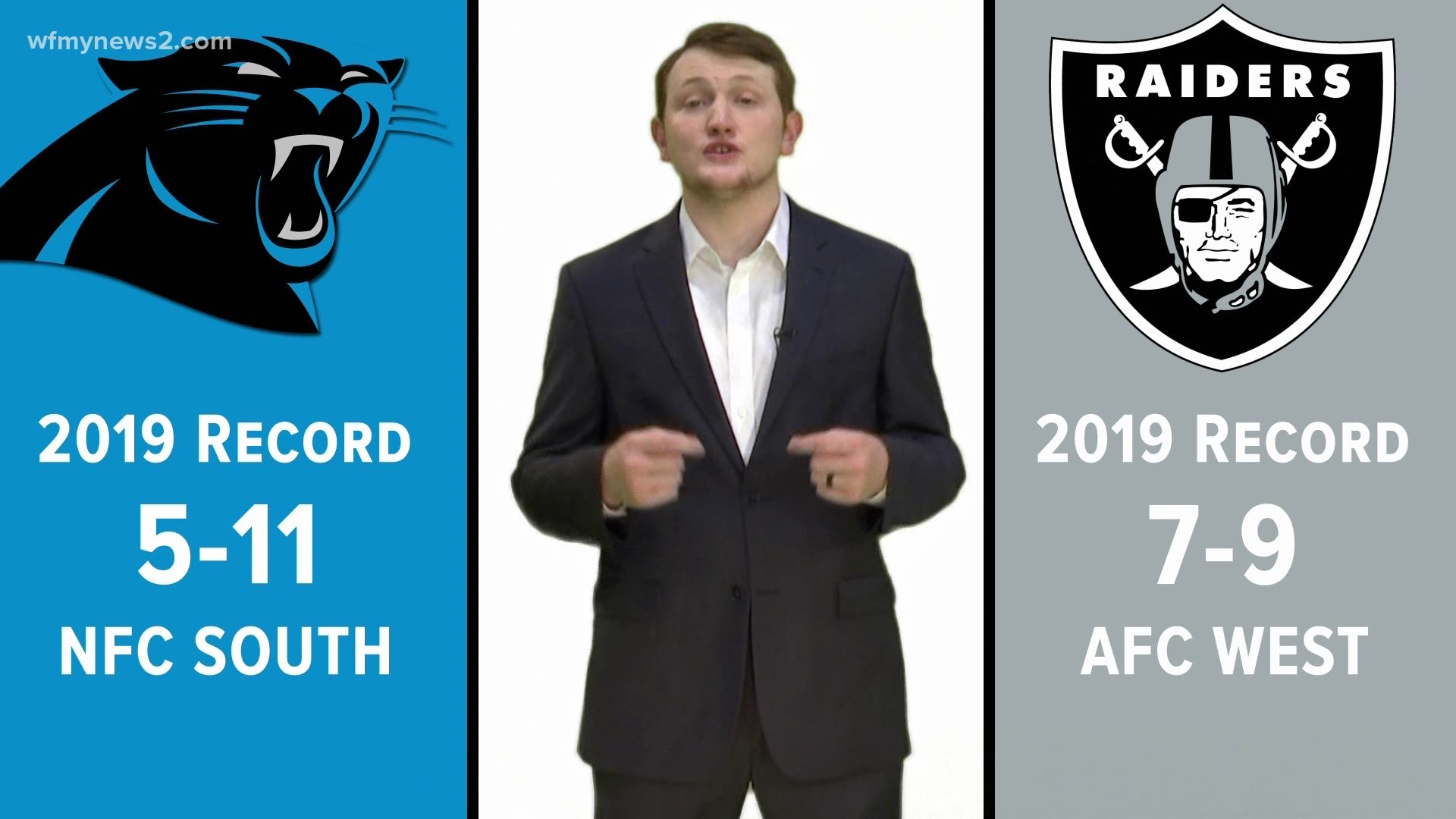 CHARLOTTE, N.C. — 2020 has been nothing short of a disappointing year until the Carolina Panthers take the field inside Bank of America Stadium this coming Sunday. The Panthers are set to kick off their 2020 home opener against the Las Vegas Raiders for the first game under new head coach Matt Rhule and quarterback Teddy Bridgewater.

"I think what this team was asked to do was really hard," Matt Rhule said. "We all have to take ownership of all our performances, and that there are standards to being a Carolina Panther. We are all going to take ownership to make sure we meet that standard at those positions."

Making the transition from the college level to the pros is never easy, but Brady will be bringing his coaching philosophy with him at the next level.

Carolina is 10-15 all-time in season openers, including 4-8 when opening the year at home. Although, the Panthers have won four of the last six season openers dating back to 2014. It isn't out of the question to think the Panthers could win this game with a potentially explosive offense, but because of no preseason games, it is impossible to know what to expect with this team.

This is the first time the Panthers and Raiders will face off in the month of September, the first game for Rhule as an NFL head coach and the first time Panther fans will see Bridgewater and newly acquired wideout Robby Anderson.

Both teams are anticipated to finish near the bottom of the league at season's end, but that doesn't mean the Panthers can't show a little promise of what fans can expect in the future.

"I think the Panthers have the potential to have a very exciting offense. If the Panthers are ever to win a game in 2020 it will be because of their dynamic players on offense, not the defensive side of the ball. The thought of CMC, DJ Moore, Curtis Samuel and Robby Anderson just screams explosiveness while the defense screams youth and inexperience (mainly the secondary). But you have to remember this franchise is rebuilding and it's very rare when rookie draft picks have that large of an impact from the start. This team will have some fun games and plays, but I think they finish at the bottom of the NFC South at 6-10. Remember to stay patient, fans! I do truly believe it will be worth it in 2-3 more seasons. #KeepPounding!"

"It's hard to say right now because so much of this team is so new. I think it'll take a few games to figure things out, but at the same time, you can't underestimate them. The Panthers went all defense in the draft and Matt Rhule has said so many good things about the rookies during camp. I wouldn't be surprised if we see some stars emerge. As for the offense, the Panthers have their star in Christian McCaffrey, and with experienced receivers like DJ Moore and Curts Samuel, I think Teddy can get the job done with these guys. The division could be hard to win. I think the Panthers could fall toward the bottom, maybe not the worst. I'm ready to see what this team can do!"

RELATED: How to create a gameday experience in your own home