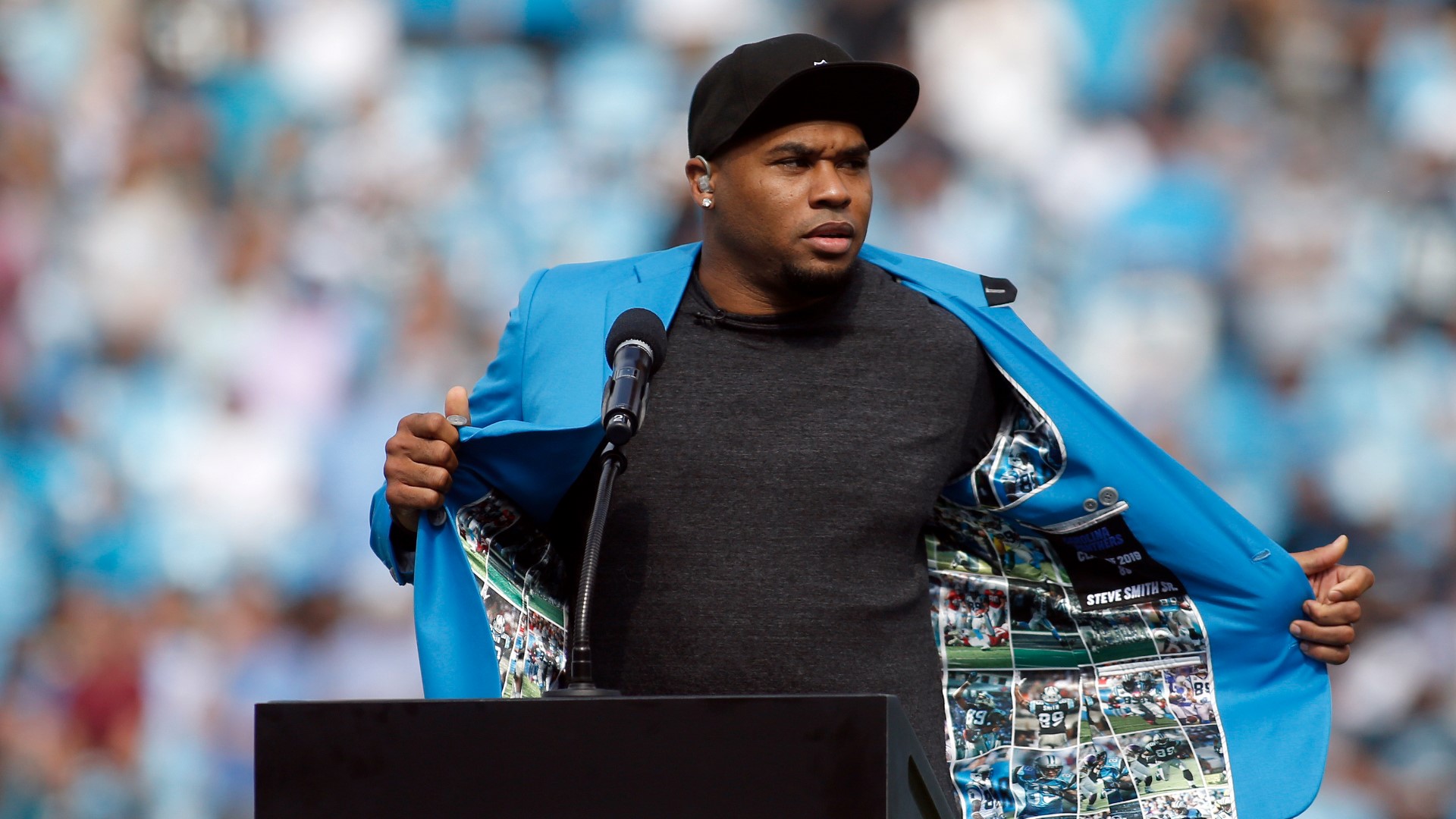 CHARLOTTE, N.C. — As the Carolina Panthers look for their third straight win Sunday vs Jacksonville, fans will have an opportunity to say thank you to four of the team's greatest players.

During halftime of this week's game, four major names — Steve Smith, Jake Delhomme, Wesley Walls and Jordan Gross — were enshrined in the Panthers' Hall of Honor. During the ceremony, all four inductees gave a brief speech.

"I have a feeling of gratitude and peace," Delhomme told Panthers.com. "I know that sounds strange, but that's how I feel. I am beyond grateful for my time in Carolina and I feel at peace about seeing all of 'my' people back in that stadium where we had so many great times."

The 2019 class will join legend Sam Mills, PSL owners and original general manager Mike McCormack in the Hall of Honor. Owner David Tepper said it was "past due time" to expand the Hall of Honor when this year's class was announced in the spring.

Delhomme, Gross and Smith were all on the Panthers' Super Bowl team in 2003, while Walls was a huge part of the 1996 team that reached the NFC Championship Game in the franchise's second season.

RELATED: Kyle Allen expected to start for Panthers vs Jaguars

Panthers historical and alumni affairs manager David Monroe said each player's name would be added to the bowl around Bank of America Stadium during Sunday's ceremony.