With just two days left in 2019's legislative session, the future of the Panthers' deal is in doubt 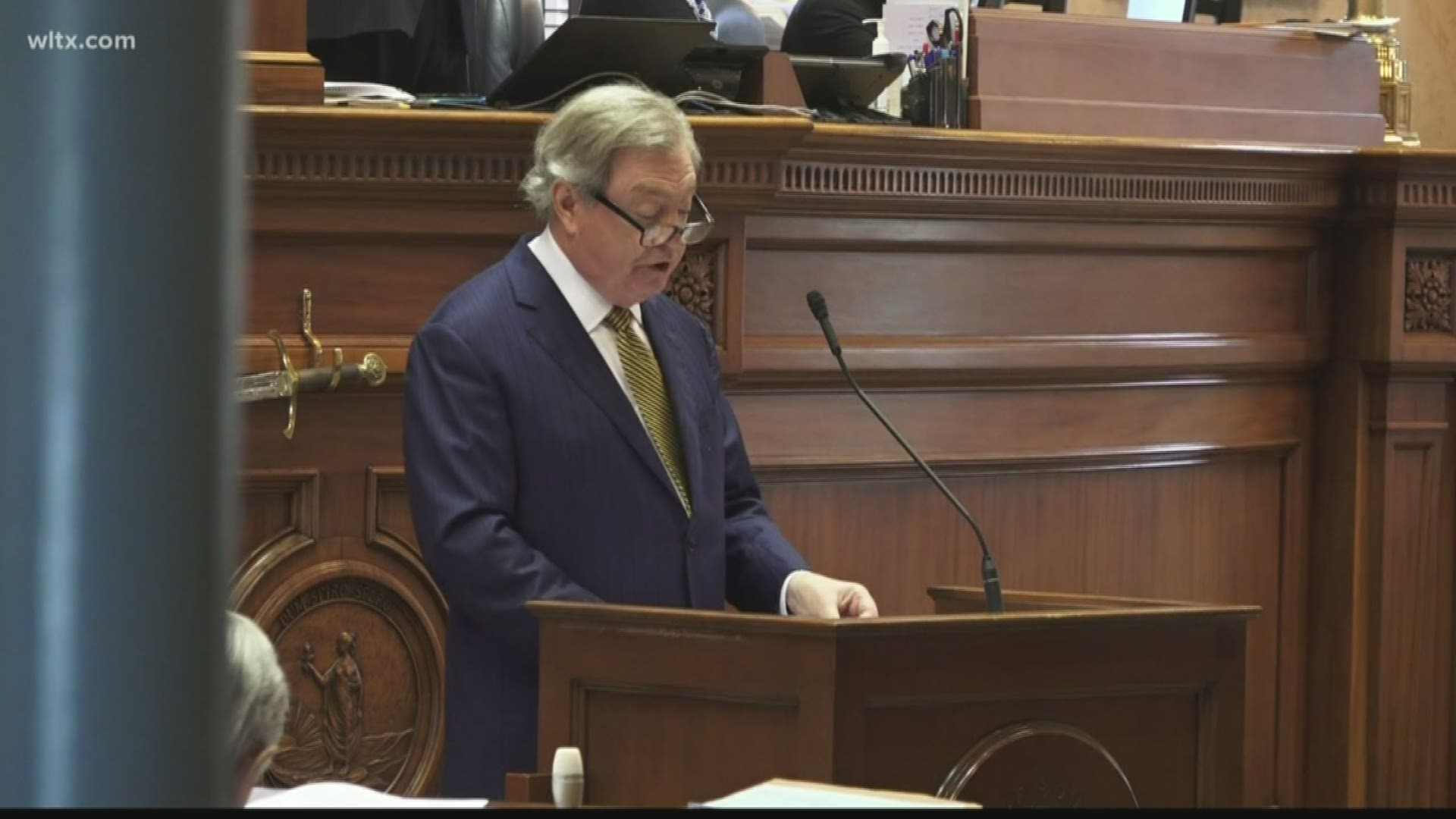 COLUMBIA, S.C. — After a 12-page speech from Democratic Sen. Dick Harpootlian, the South Carolina Senate carried over debate on two versions of the so-called 'Panthers bill.'

The bill, which does not mention the NFL's Carolina Panthers specifically, would give tax breaks and incentives to professional sports teams moving to the state. It is an attempt to lure the Panthers to build practice facilities and headquarters in York County.

A version of the bill passed the House several weeks ago and has the outspoken support of Republican Gov. Henry McMaster. However, since reaching the Senate, it has faced fierce opposition from Harpootlian.

"The lack of transparency surrounding this deal is shocking," Harpootlian said in his speech.

Harpootlian handed a packet to fellow senators, which included his speech and other documents he claims show that the deal is not as good as the governor and others are making it out to be.

"None of these questions have been resolved, and the administration’s response has been focused on obscuring the facts, not clarifying them," Harpootlian continued.

"This is a bad bill for South Carolina," Harpootlian concluded.

McMaster has repeatedly given his public support to the bill, urging the Senate to pass it before the session ends.

Senate President and Republican Harvey Peeler spoke after Harpootlian, and echoed the governor's support of the bill.

"Give some pride, not just in Rock Hill, but in the state of South Carolina. It's something that money can't buy. Everything that's been said today has merit. But, I'm telling you this, this would mean so much to this state that 20 years from now we'll wonder why in the world would someone be opposed to it," Peeler said on the floor Tuesday.

After hours of debate Tuesday, the Senate carried over both potential votes on the House and Senate version of the bill.

The motion moves both bills to the end of the Senate calendar. It's unclear if they'll have time to consider the bills again before the session ends Thursday.