Mason's parents said he got the roster sheet randomly at fan fest and said he learned the Carolina Panthers players in just a matter of weeks. 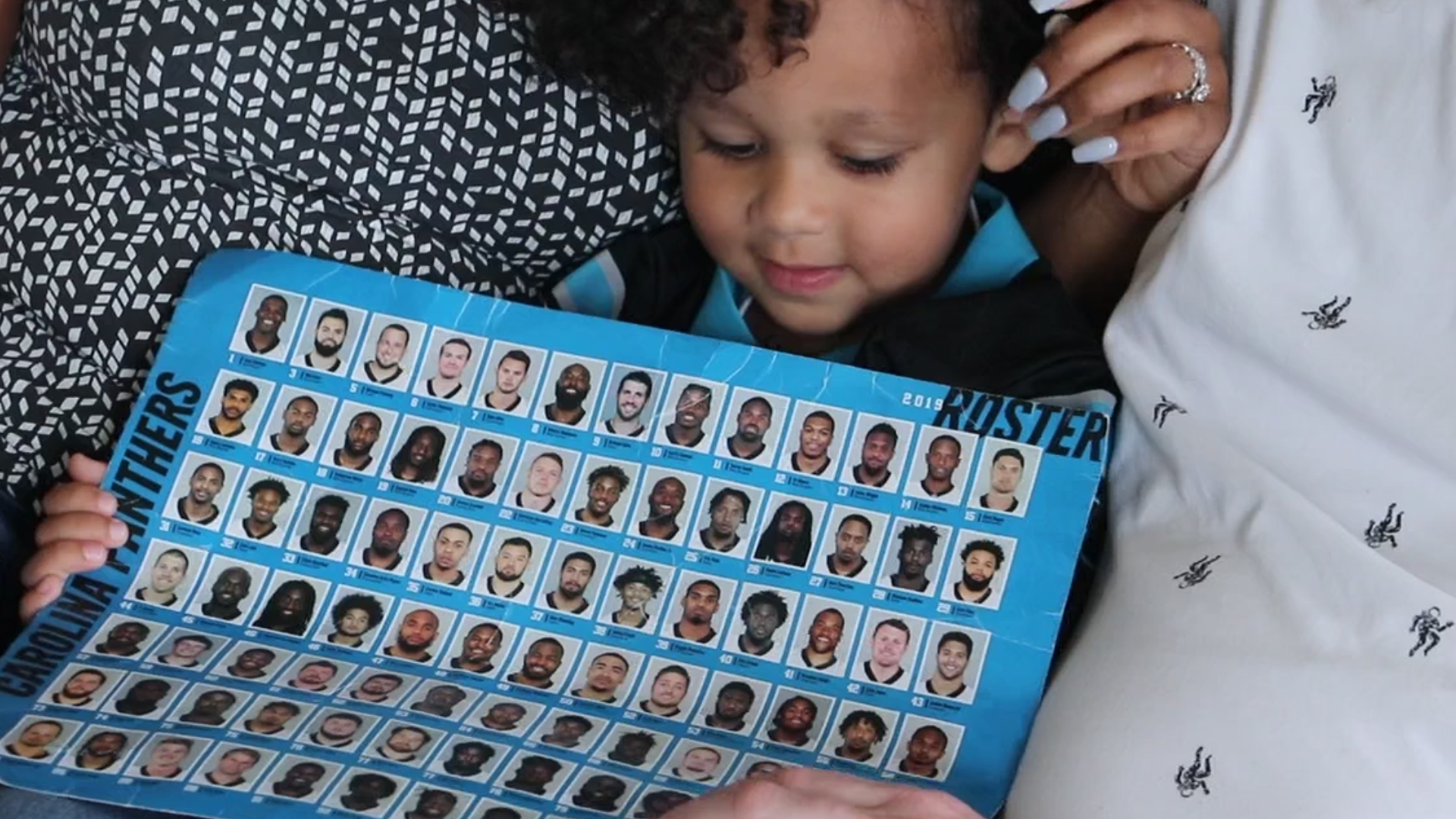 HARRISBURG, N.C. — Little Mason Macdonald is only three years old but he can already name about 90% of the Carolina Panthers players on the roster. And it took him only 2-3 weeks to learn almost every player on the team.

“He had watched football with us last year but he was two and he's still just kind of getting his feet wet,” his father, Joe Macdonald said.

Now that Mason is 3 years old, his parents decided to take him to fanfest in uptown to watch the Panthers play.

“We took him to fan fest and he loved it. And so ever since then, if he sees someone on tv he's like 'oh that’s Cam Newton, that’s Luke Kuechly.

Mason's parents said he got the roster sheet randomly at fan fest and said he learned the players in a matter of weeks.

"Mason has been able to memorize and pick out each panthers player from a free roster sheet the team gave out during fan fest, his dad said. "They gave it out and he's been obsessed with it ever since."

His mom, Kandice Macdonald, said it's hard to get Mason to part with the roster sheet.

He needs to have it when he goes to eat and he needs to say the players before he goes to bed," his mom said.

The two said Mason’s love for the panthers stemmed from that one night at fan fest.

"Since we got back it's been nothing but fanfest," his mom said.

Kandice and Joe said their son knows the players on the team by their picture, their name or simply their facial features.

"He saw a man on TV and he looked at him and said that looks like DJ Moore – and sure enough he did look like DJ Moore," his mom said.

The Macdonalds said they knew immediately that Mason had an incredible memory, even at a very young age.

"He loves looking back at pictures of himself. So we would look back at pictures and he would remember something from that day. I'll show him a picture from his second birthday and he'll see his shirt and say, 'oh that was my birthday from grandmas house,'" his mom remembered.

While little mason may be proficient in the Carolina Panthers, his parents said his talents don’t just end there. In fact, Mason can pretty much spot a car and rattle off the brand.

"He also knows almost every single brand of cars there is. You walk through the parking lot and point to a car and say what car is that and he'll say 'oh that’s a Volvo,'" his dad said.

The MacDonalds never force mason to study the Panthers or car brands. The three-year-old is just always curious.

"Pretty much anything he’s interested in, he voraciously learns everything about it," his dad said.

Joe and Kandice are expecting a little one in February, so get ready for a little mason to be running around.

Oh, and Mason said his favorite player on the Carolina Panthers is head coach, Ron Rivera.