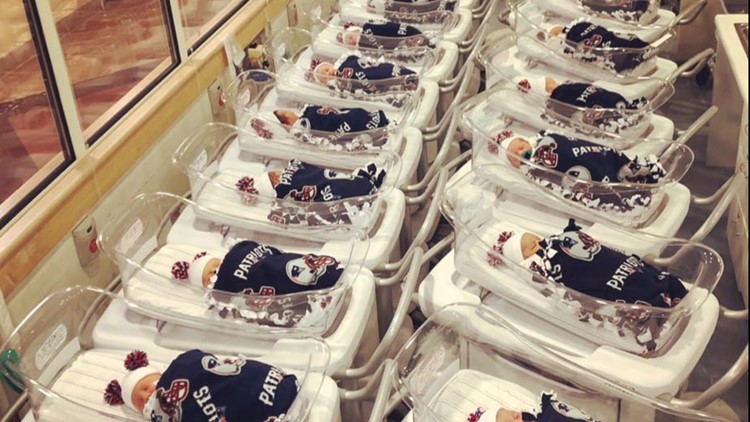 MASSACHUSETTS, USA — This may be the cutest thing you have ever seen.

Officials at UMass Memorial Maternity Center South 4 nursery claim that their more than two dozen babies were the good luck charm that clinched the sixth Super Bowl win for the New England Patriots.

UMass Memorial Medical Center
Babies in our UMass Memorial Maternity Center South 4 nursery were cheering on the New England Patriots last night in their hand-made blankets and pom-pom hats! 👶🏈🙌 We think they are the most...

As most of the U.S. and certainly all of New England knows by now, the Patriots beat the Los Angeles Rams Sunday night in the lowest scoring Super Bowl of all time, 13-3.

The Patriots are now tied with the Pittsburgh Steelers as the two franchises with the most Super Bowl wins.

The Patriots have gone to the Super Bowl more than any other NFL team, a record-breaking 11 times.