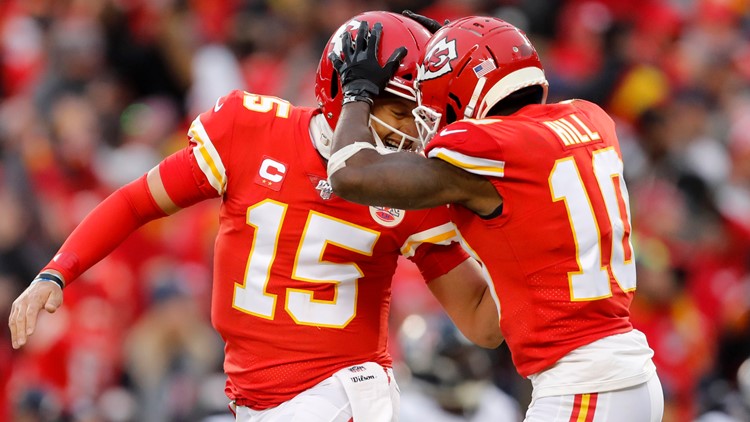 This is how historic Kansas City's comeback against Houston has been...

HOUSTON — How historic has the Chiefs comeback against Houston been?  There were a few records Kansas City set.

After Houston took an early 24-0 lead, the Chiefs stormed back in record fashion. Kansas City became the first team in NFL history, regular season or playoffs, to trail by 24 or more points to be tied or lead going into halftime.

Chiefs quarterback Patrick Mahomes joins Doug Williams as the only player in a postseason with four passing touchdowns in one quarter.  Mahomes had four scoring strikes in the second quarter. Doug Williams had four in Super Bowl XXII.

And Chiefs tight end Travis Kelce is the first player with three receiving touchdowns in a single quarter in a playoff game in the Super Bowl era.

The comeback is also the largest ever for the Chiefs. They came back from 24 points against Houston, which is more than their previous largest comeback in team history, which was 21 points.