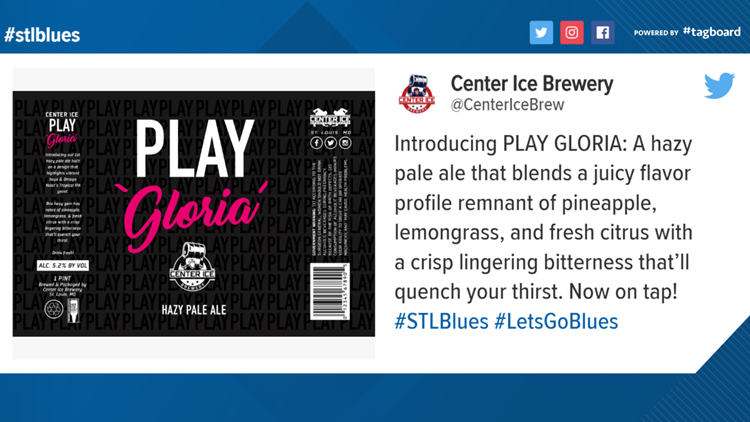 With the Blues' theme song 'Gloria' going viral, many businesses have played a big factor in this St. Louis trend.

Center Ice created a local beer called 'PLAY GLORIA' and posted a picture with a description of the taste on their Twitter account.

Sounds like the perfect type of beer with summer just around the corner...

At the beginning of May they created another tasty beverage, a beer called 'Old Arena Lager' that was a tribute to the Blues and the Old Barn (former St. Louis indoor arena).

The Arena Lager is an American style lager with just enough hop flavor to create a smooth finish.

Another authentic factor about this business is that the entire foundation is made up of the wood from the Old Arena including the tables, bars, and tap handles.

They also have actual pieces of the Old Arena hung up on the walls all throughout the taproom so hockey fans and beer drinkers can truly connect with their love of hockey and the strong history it has provided St. Louis.

Whether you're a local beer drinker or a St. Louis Blues fan, now is the perfect time to swing by and try 'PLAY GLORIA' especially while the song is hot.

Here's what other people are reading:

It's a good day for online gamblers who put money on the Blues in Game 3.

The Hand of Fate

Here's what other people are watching: