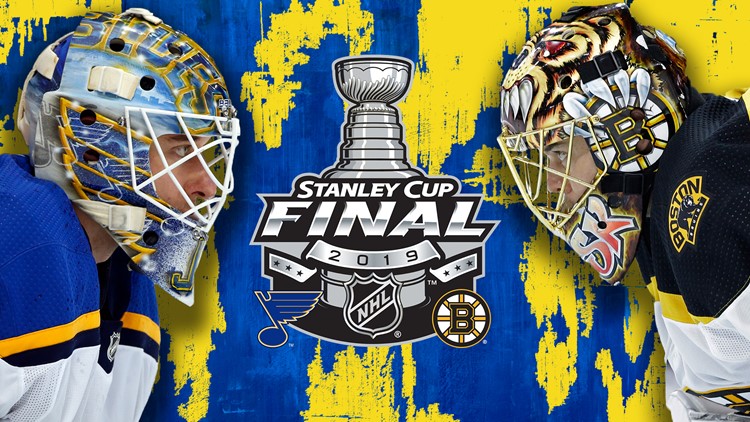 The only way Jordan Binnington's story could've been better this season was if the Blues found him bagging groceries in a Hy-Vee a la Kurt Warner in December and decided to give him a job.

The unknown rookie goaltender came in as an afterthought.

He wasn't the guy who was supposed to be the savior, he was the guy who might as well get a shot since the season appeared to be lost.

Now, he's a St. Louis legend, and one of the great stories in NHL history as well.

I guess we should've known "Binner" was special from his first start. A 25 save shut out over the Flyers on January 7.

Five months later, he's gearing up to face the Boston Bruins in Game 7 of the Stanley Cup Final.

His ovations before home playoff games have been unlike any other player.

His jersey and t-shirts are flying off the shelves. His interviews have become must-see for his deadpan delivery and unpredictability. His unwavering focus has been incredible and mystifying.

His team hasn't been giving him much of a cushion lately. The Blues have averaged just 2.3 goals through six games of the Stanley Cup Final.

His defense has let him down at times this postseason, his teammates have taken bad penalties, he's been the victim of some bad luck (the hand-pass against the Sharks and the puck staying in off the official in Game 6 to name a few) and he himself hasn't brought his A-game on a few nights.

But now, it's come down to one game to cement his legacy, and it's entirely possible he could take matters into his own hands to win the Blues the Stanley Cup.

RELATED: This St. Louis family has many reasons to bleed Blue

RELATED: Blues fall flat in bid for Stanley Cup with 5-1 loss to Bruins in Game 6

RELATED: Pam and Jim from 'The Office' are fighting over Stanley... as in the Stanley Cup

Binnington is 2-1 in Boston so far, averaging just two goals allowed in those games. He's also been able to lock into another gear at the end of series. Game 6 of the Stanley Cup Final was the first Game 5, 6 or 7 this postseason Binnington allowed more than two goals.

If his team can help him out a bit, especially on the power play, Binnington has shown he can take care of the rest.

It's often said a hot goalie is all you need to take home the cup. Both the Blues and Bruins have shown they had the two hottest goaltenders in the 2019 Stanley Cup Playoffs.

Tuukka Rask still has a GAA under 2 for the playoffs. The guy has been a wall, especially against the Blues in the Stanley Cup Final.

Now it's come down to one game to see who finally cracks, and who becomes a legend.

If it's Binnington who comes out on top, I just have one question. Will we finally get to see the ice-cold, razor-focused 25-year-old finally let loose and give us at least a smile? Or will he just return to whatever planet he was sent from?