"I look up at him and smile": North Carolina A&T fan buys cutouts to sit inside arena for basketball games

NC A&T fan buys cut-out pictures of himself and his father to have at basketball games. 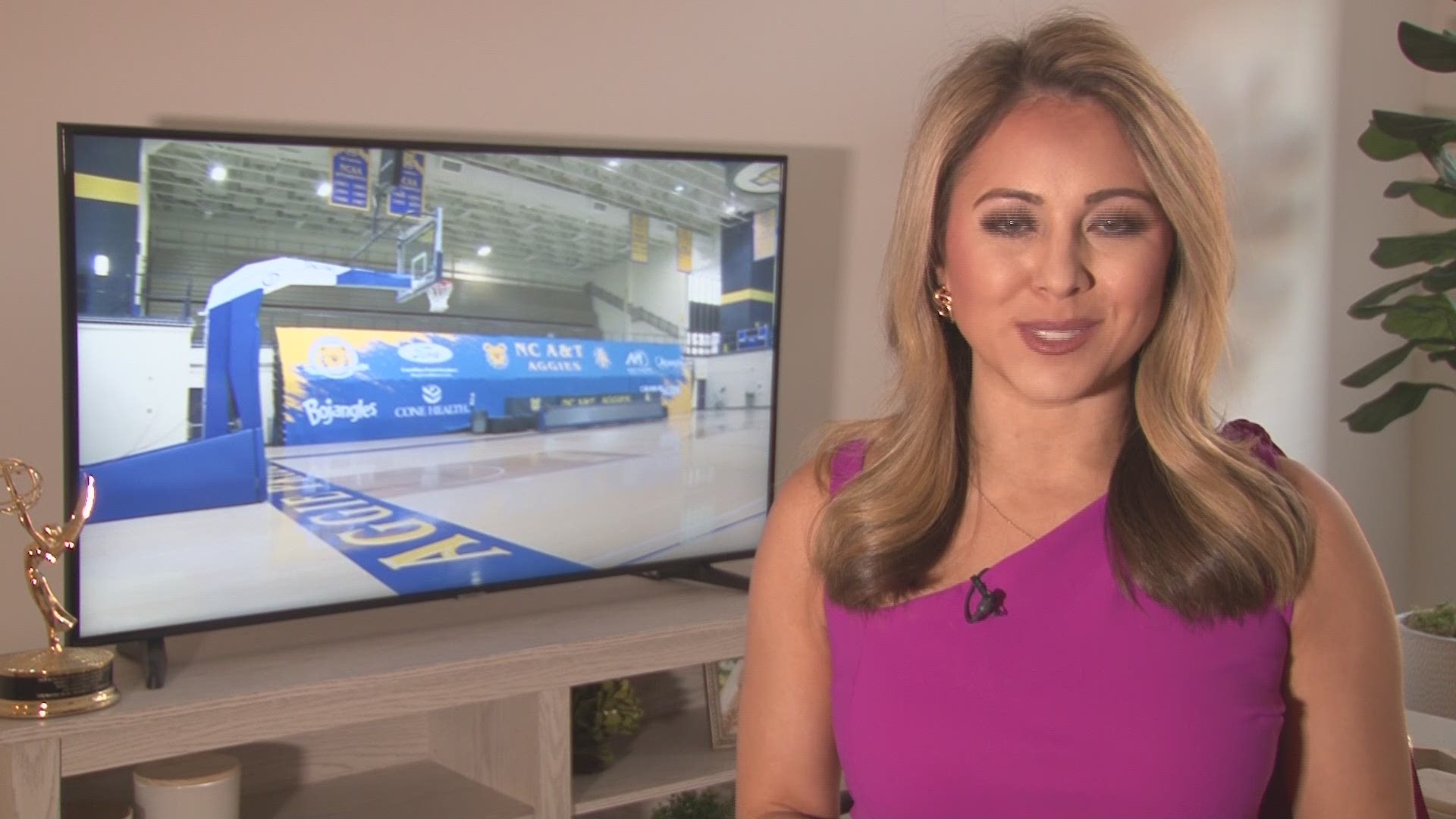 GREENSBORO, N.C. — Watching basketball games is a much different experience in the 2020-2021 season than ever before. Most of us can't be at games in person, but one man who will never see another game inside the arena has a special place in the stands this season.

In a normal year, when we're not living through a pandemic, North Carolina A&T alum, Dale Jones drives all the way from Charlotte to see Aggie basketball.

“Once you go there you just want to keep going," said Dale Jones, who is a North Carolina A&T alum and fan.

The love of the game was something his late father, Dr. Samuel O. Jones, didn't quite understand.

”I asked him, 'Now do you understand?', said Dale. "He said, 'Well it was a little different than I expected, but yes, I can understand why you come'."

It was the one and only game he went to inside Corbett Sports Center.

“I knew he enjoyed it," said Dale.

Fast forward to 2021, 17 years without dad and Dale can't cheer on his Aggies in person.

”When this opportunity came up, I was thinking about that one time that I took him in there and I just thought it would be a great honor to have him sitting there," said Dale.

Dale bought a cutout picture of himself and his dad, so they could experience this year together, just like they did that one time in the 1980s.

”I look up at him and I smile," said Dale. “He was such a humble serving soul to be able to show honor to him, I cant explain it. I really can’t explain it. My best friend.”