The ODU Men's Basketball team were stuck at a U.S. Virgin Islands airport after its flight back home had been delayed for more than 18 hours. 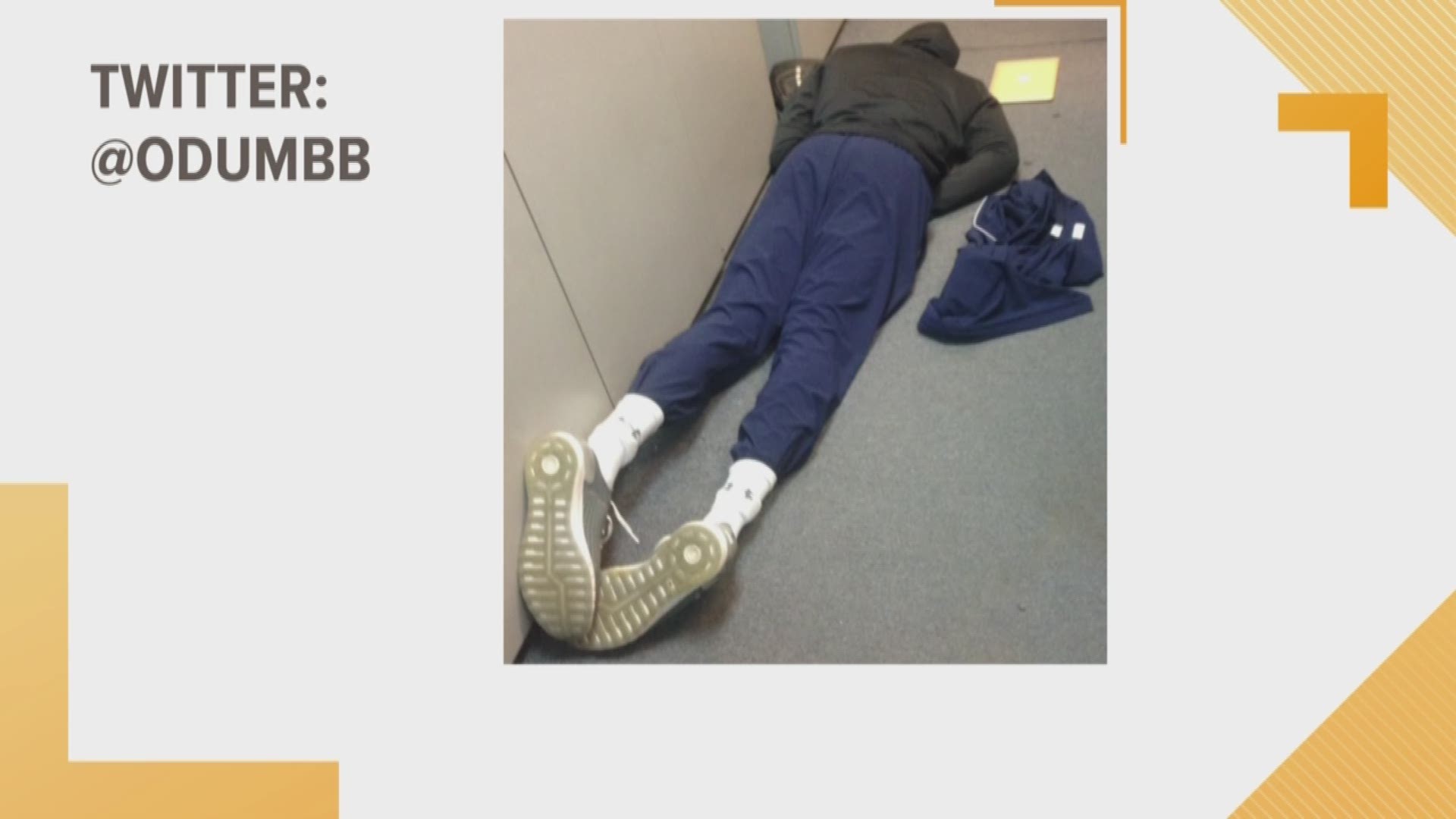 NORFOLK, Va. (WVEC) — The ODU Men's Basketball team landed in Miami on Wednesday afternoon after being stuck at a U.S. Virgin Islands airport for more than 18 hours.

The team tweeted around 9:20 a.m. that it was finally boarding a plane.

Some would call this a miracle.

Others would call this boarding. pic.twitter.com/hrLFRwCPpA

The team had been tweeting its travel dilemma for the past 18 hours and shared photos of players sleeping on airport floors and chairs.

Our @AmericanAir flight back home has now been delayed over 18 hours (and counting)...

Still stuck in this airport. No hotel rooms left on the island.

So, while it may be a #GOODMORNING for many of you in #MonarchNation, I've had much better days than this and so have the players and staff from @ODUMBB. We just want to go home. @AmericanAir #StuckAtSTT

That's not a bed.

We are still stuck in the airport and @AmericanAir has done...absolutely nothing. pic.twitter.com/YAQYoMPhqz

A representative from American Airlines stated:

We never want to disrupt our customers’ travel plans, and we are sorry for the trouble this caused; the delay was the result of a mechanical issue. Our customer relations team will be proactively reaching out to the customers who were impacted by this delay to apologize and offer compensation.

Never thought my day would consist of tracking a flight with @ODUMBB on it. We want you back home!! #13NewsNow pic.twitter.com/ca9lQgX9NZ— Ali Weatherton 13News Now (@13AliWeatherton) November 21, 2018

Shortly before 1:30 p.m. the team posted this celebratory update: