A crowd cheered on Gabbi Cunningham from Mallard Creek High School, which she graduated from in 2015. 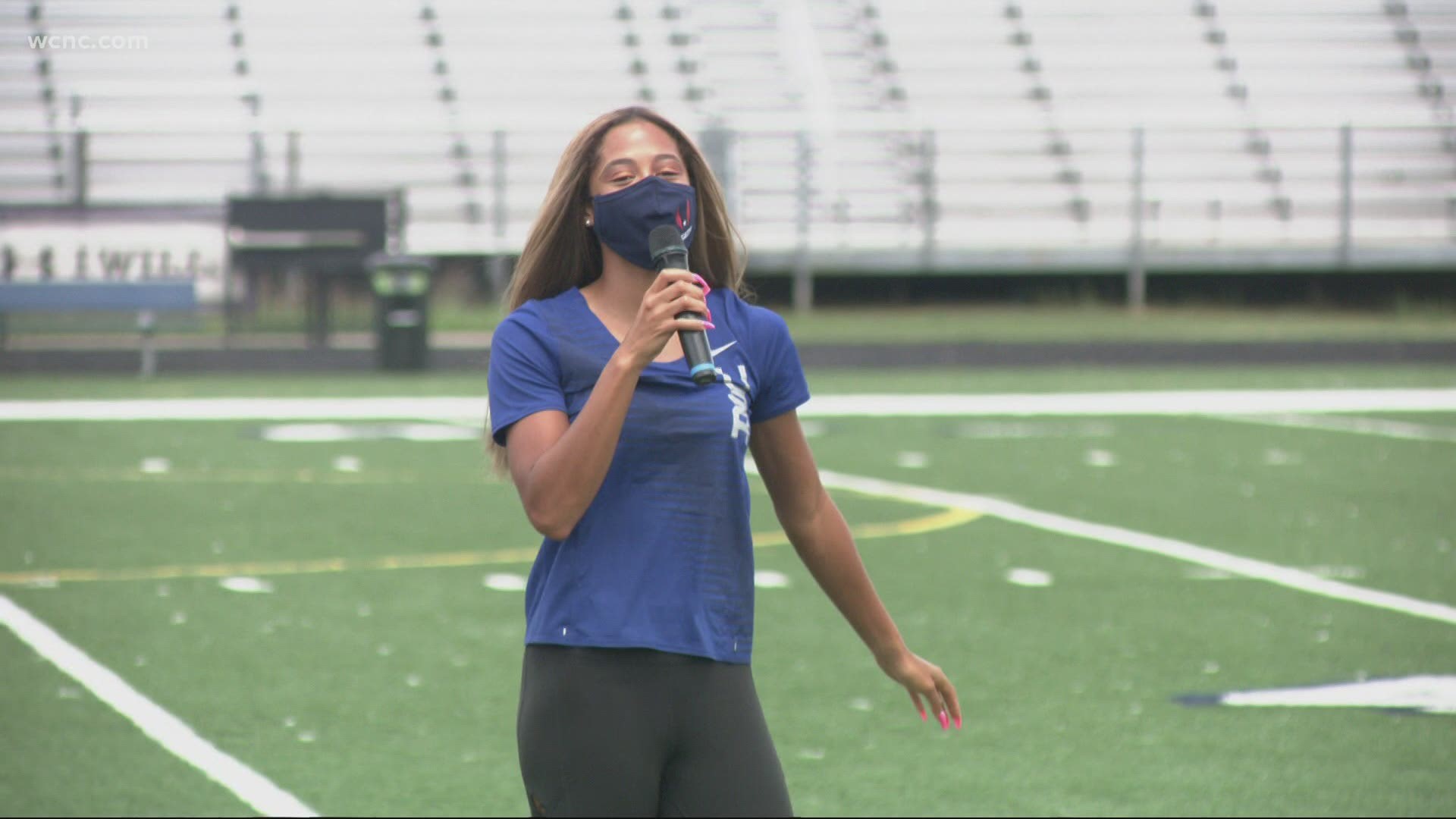 CHARLOTTE, N.C. — Before heading to Tokyo, Gabbi Cunningham was surprised with a Charlotte send-off to cheer her on. She will join Team USA to compete in the 100-meter hurdles at the Tokyo Olympic Games.

Cunningham graduated from Mallard Creek High School in 2015, was a sprinter for North Carolina State University, and is currently a professional Nike athlete, competing in 100-meter hurdles.

Saturday afternoon, family and friends gathered at Mallard Creek to celebrate her achievements before she heads to Tokyo. Her loved ones surprised her with the send-off on the high school's football field.

"Words can't explain how I have felt these past couple of weeks after getting the call. Just to have all the support around you that you don't necessarily realize ... just means a lot to me," Cunningham said, addressing the people who showed up to surprise her.

Just received the call! I’m going to the OLYMPICS🥺😭

She said the support of her community and loved ones meant a great deal to her, saying as much as she has sacrificed to focus on training, those close to her have had to sacrifice as well.

"Every person that has been there during my lows and also during my highs, I just want to thank everyone that has recognized and been OK with me having to sacrifice," Cunningham told the crowd.

She told WCNC Charlotte's Mike Hanson she's feeling confident in her training ahead of going to Tokyo and is ready to go give her all and "hopefully bring a medal home" -- especially after being reminded of the community's support.

"This is just amazing, I had no clue what to expect," she said. "And just to see everybody come out, to me, just means a lot. To know that I have all this support and everyone backing me as I prepare to go to Tokyo is just amazing."

The Tokyo Olympics Opening Ceremony will kick off the international sporting competition on Friday, July 23.