Aggie senior and Greensboro native, East Dockery, was selected to work with the production team for multiple events at the Tokyo 2020 summer Olympics. 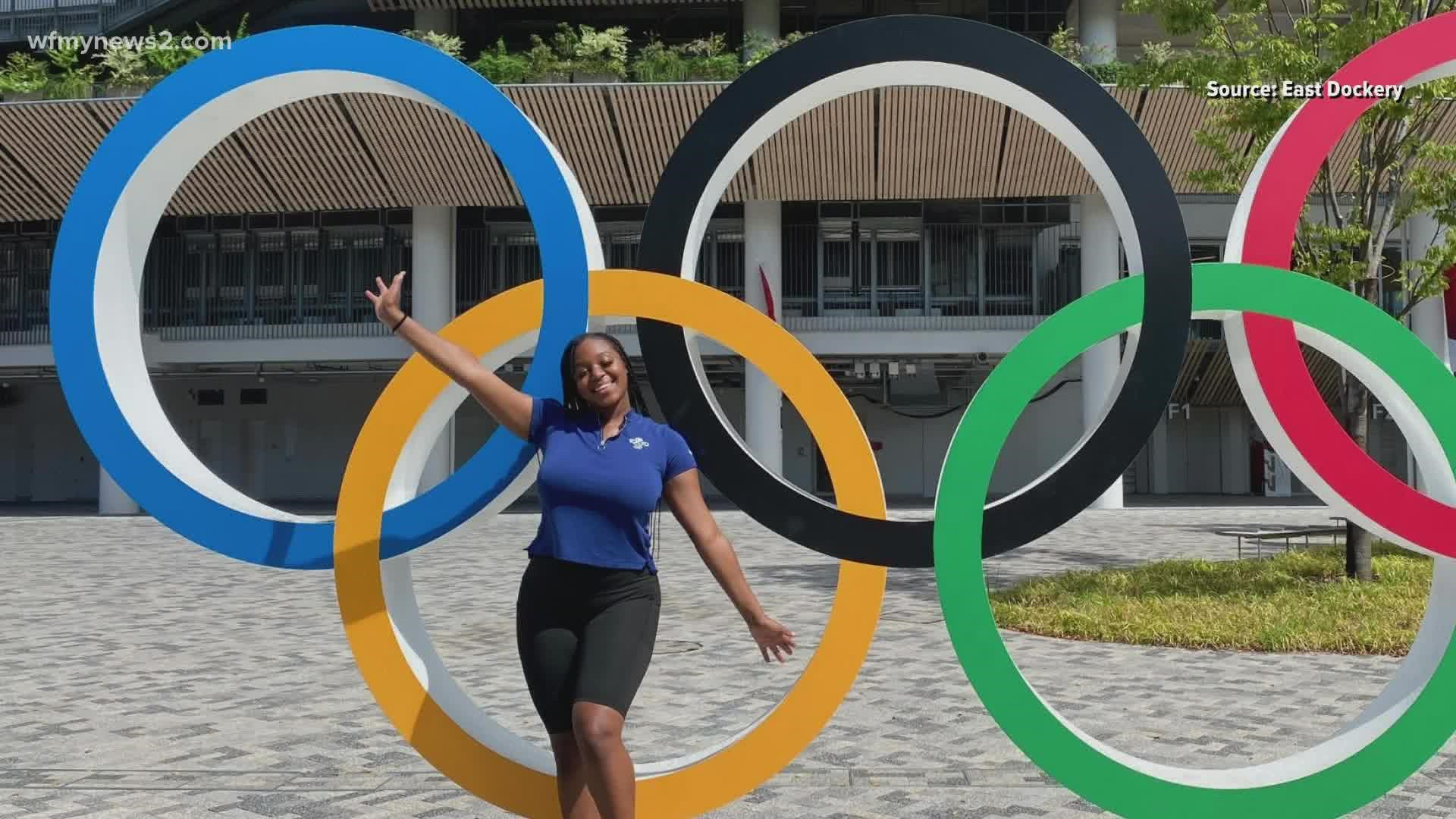 GREENSBORO, N.C. — One Greensboro native is doing big things in the journalism world, and she hasn't even graduated from college yet, and we caught up with her about this once-in-a-lifetime opportunity.

If you are from Greensboro and don't know the name East Dockery yet, you should. This North Carolina A&T senior journalism student and Ragsdale High alumna is a young star, ready to make a name for herself in the journalism world.

Dockery's work shines so brightly she was chosen to represent her university and her city in Tokyo at the 2020 Olympic games.

When asked what the last month has been like, Dockery had this to say.

"The experience, like most people would explain it was once in a lifetime. Not too many people get to go to the Olympics as a participant. But to get to work there and get to see behind the scenes and production. To actually be hands-on and have access to a lot of stuff was amazing, to say the least."

While in Tokyo Dockery was selected to work with one of the production teams for all the gymnastic events at this summer's Olympic Games and got to see some of the greatest athletes ever.

"It was pretty cool, working the gymnastic events and seeing Simone Biles compete. Then one time I was like five feet away from Michael Phelps. Just was a blessing to be in their presence."

This is just the tip of the iceberg for Dockery. She's got one more year to go before she graduates from A&T, and she's already worked with many major publications like ESPN's The Undefeated and many more.

"I'm just really blessed. You know being an HBCU student. Being a black woman and just representing Crosby Hall just in this aspect has just been great as well."