The team was disqualified for a handoff outside the allowed zone on Friday in the heats, only to be reinstated for Saturday's final. 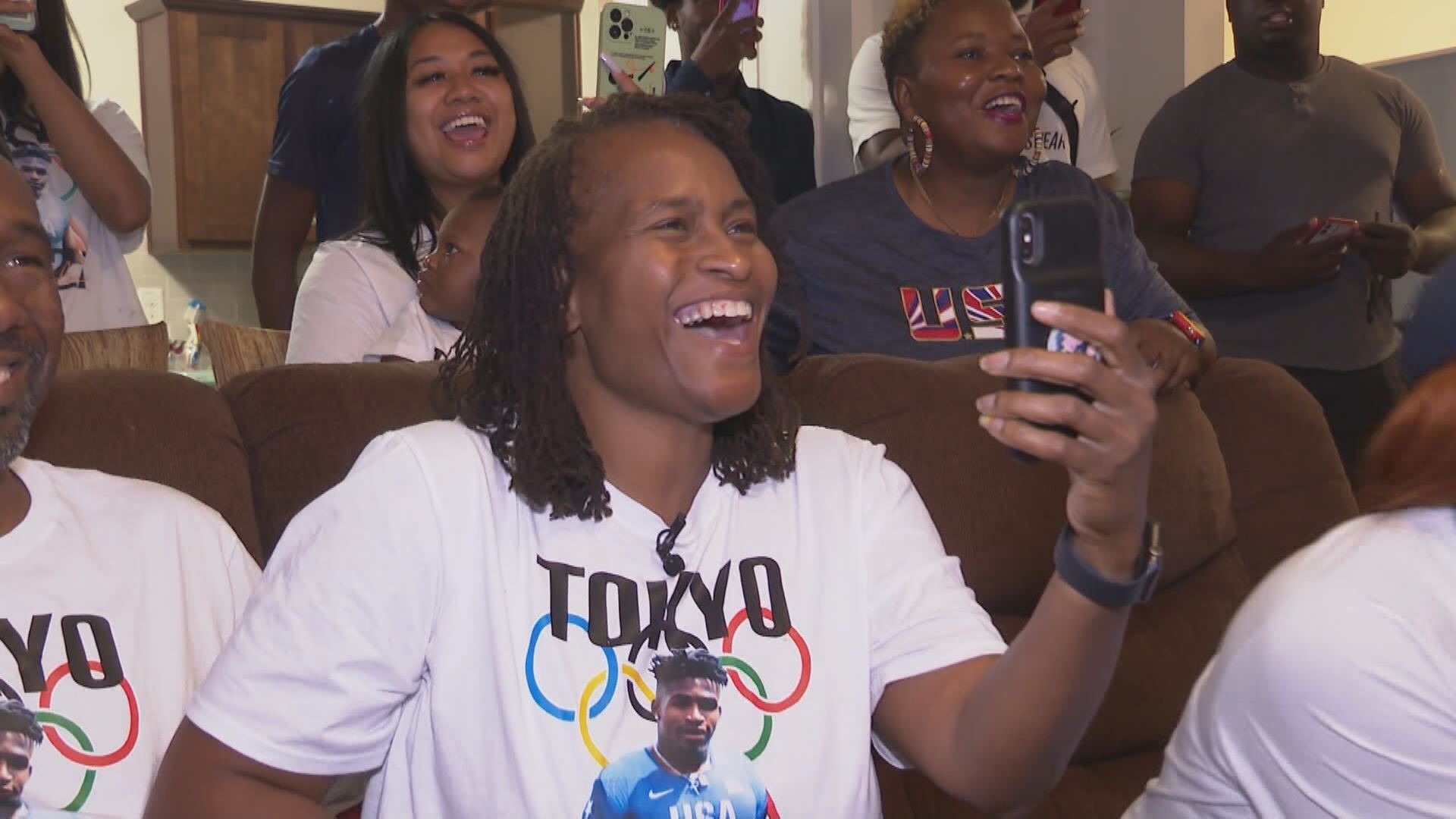 They were neck-and-neck for silver with the Dominican Republic team down the stretch, but outstretched Dominican anchor Alexander Ogando just edged U.S. runner Vernon Norwood by 0.1 seconds.

It doesn't get any closer than that.

UGA stars Elija Godwin, Lynna Irby and the mixed 4x400m relay team is set to run for a medal Saturday morning following a roller coaster qualification saga the day prior.

The U.S. team of Godwin, Irby, Taylor Manson and Bryce Deadmon won their first qualifying heat on Friday, but were disqualified immediately after the race because Irby was lined up outside the size where she was allowed to take the first baton handoff from Godwin.

It appeared to bring a devastating end to the team's medal hunt.

However, they were reinstated after Olympic officials determined that a race official had placed Irby in the wrong spot - and so it wasn't her or the team's fault.

Now, the race for gold is back on.

11Alve Anchor Cheryl Preheim spent Friday with Godwin's family as he made his Olympic debut, and saw how the events spanning five hours seemed like forever.

Godwin's family experienced the thrill of seeing him reach a dream, to their hearts sinking from devastation that it could possibly be taken away.

No one one expected what would unfold - especially with keeping in mind how far Godwin has come to make it to this moment.

Just two years ago, a javelin went through his body and his lung. No one knew if he would be OK -  let alone ever run again.

As his body lost oxygen, his heart rate dropped and he coughed up droplets of blood. Godwin thought it was the end -- he started praying. For him, an eternity went by. Lying on the gurney, he reassured his mom he was going to be OK. He was right.

Fast forward to now, his dreams have come true.

"He always talked about how he wanted to go to the Olympics," his brother Okon Godwin said.

And the watch party commenced. The family got up before the sun to see him race.

“We are not there but we are there in spirit," his mom, Ginger said.

Godwin's mom talked to him after the race and said he was always positive.

It's a family gathering they will never forget.